Pit briefs from Goulburn's second round of the season.

While much of the attention is on-track at each round of the 2017 Yamaha Motor Finance Australian Superbike Championship (ASBK) presented by Motul Pirelli, Trackside takes you beyond the action for brief pieces of interest. 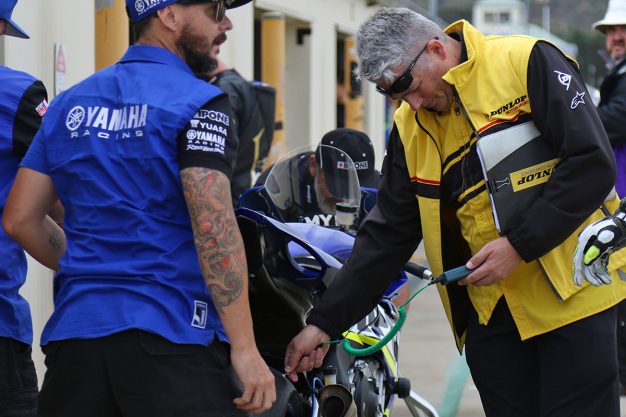 – The decision that many were waiting for was confirmed on Thursday upon bump-in at Wakefield Park, that Yamaha Racing Team will be using Pirelli tyres for this weekend at least, following a long relationship with Dunlop. They’re not saying much about the move directly, but there’s no playing down just how significant the decision is.

– What YRT’s switch to Pirelli has done, for this round at least, is cast Dunlop’s primary attention onto the likes of Yamaha privateer Cru Halliday and Kawasaki BCperformance’s Robbie Bugden. And they could be the major beneficiaries in all of this, working far more closely with Dunlop national motorcycle manager Sebastian Mincone.

– While much of the attention has been on the performance of Pirelli and Dunlop, Beau Beaton has proven just how good the Bridgestones are on his Ducati. The mixed weather conditions has made things even more interesting this weekend, because it’s not quite clear what brand has the best wet option in case it rains on Sunday.

– One of the main championship contenders Glenn Allerton was ruled out on Friday in FP2 when he was high-sided from his YZF-R1M upon braking into the final turn. Known for pitching it sideways on entry, he was caught out by the conditions when it gripped and shot him over the high-side. A plate and 12 screws inserted into his broken left humerus (upper-arm) was the end result. 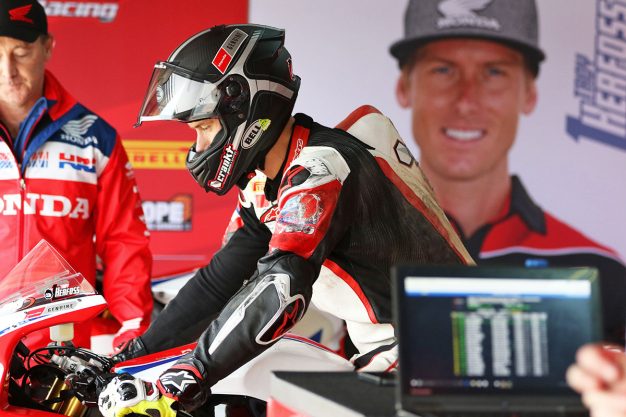 – After debuting new leathers equipped with Alpinestars Tech-Air technology at Phillip Island, the Crankt Protein Honda Racing duo of Troy Herfoss and Bryan Staring reverted to their regular suits during Friday and Saturday. Come race day, they’re back in their air-bag suits (which they currently only have one each of).

– Team Suzuki Ecstar rolled in with the biggest transporter in the paddock this weekend, for the single-bike operation of Josh Waters – continuing to make a mega impact on the series. But unfortunately for the team, Phil Tainton has been absent, overseas in China due to previous commitments made before the season.

– Australian Supersport Championship leader Mason Coote’s move to AARK Racing has seen him have to adapt to the team’s R6 and the conditions this weekend have been challenging, to say the least. He’s been gradually improving and qualified seventh, but will need to climb the order further if he can on Sunday.

– Hard-luck story of the weekend so far is Kiwi Damon Rees, who is the son of New Zealand veteran Tony Rees. He starred in Friday’s practices, but a crash on Saturday morning in the rain saw his private Honda too badly damaged to make qualifying two. They eventually sourced what they needed to make the races after an extensive search and he’s now back in the mix.