Aussie will return to world champion squad for season-remainder. 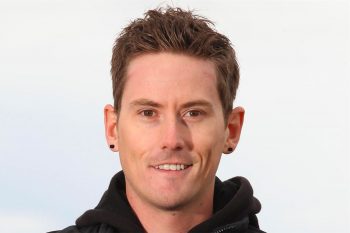 Australia’s Alex Cudlin will join Suzuki Endurance Racing Team (SERT) for the Le Mans 24 Hours in April and will partner World Endurance champions Vincent Philippe and Etienne Masson for the rest of the season.

The 30-year-old Australian replaces Anthony Delhalle, who sadly succumbed to injuries following a pre-season testing crash earlier this month, and will dedicate his season in memory of the Frenchman.

“I’m very pleased to be joining SERT for the new season,” Cudlin commented. “Obviously it’s an emotional time for the team and myself and I will be riding this bike in Anthony’s memory. I will do my best to help SERT win their 16th world championship and in memory of Anthony.

“It’s a very nice feeling to be walking into the best team in the paddock. SERT are by far the most winning team in the championship and both Etienne and Vincent are two very fast and experienced world champions. To work alongside them will be a great honour and I look forward to the 2017 season.”

Cudlin, who was part of SERT in 2013, is no stranger to the GSX-R1000 as he has been a leading member of the Team April Moto Motors Event Suzuki squad in 2016.

SERT will next be in action at round two of the 2016-2017 Endurance World Championship for the Le Mans 24 Hours on 15 April. The world champions will remain on last year’s GSX-R1000, with the junior squad entering the all-new model in this current development phase.