Who met our expectations at the first stop on the 2017 schedule.

The 2017 MotoGP season lit up at the Losail International Circuit last weekend and it was a cracker of a way to start the season. Here’s how CycleOnline.com.au saw the performances of select riders at the opening round. 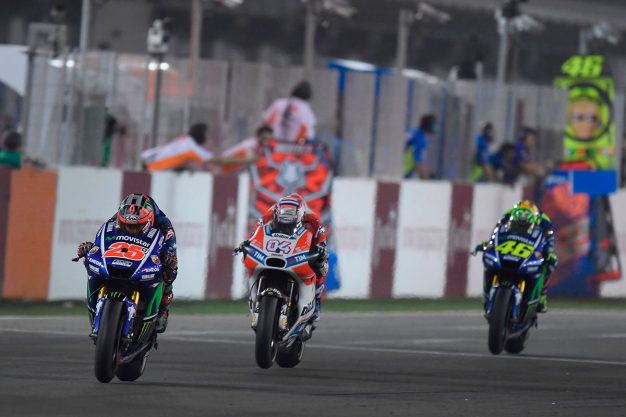 Rider: Maverick Viñales
Rating: A+
Rundown: Fastest in all official tests and on pole, it was the Spanish star’s race to lose. In tricky conditions he remained composed in the first half, picked his way through to the front and charged hard when in the frame for victory. It couldn’t have gone much better on debut with the M1.

Rider: Andrea Dovizioso
Rating: A
Rundown: After challenging for victory and finishing within half a second of the win, Dovi was on the box and 20 seconds ahead of teammate Lorenzo! That has to count for something, which was impressive.

Rider: Valentino Rossi
Rating: A
Rundown: From 10th on the grid to third and following a frustrating pre-season, Rossi made it happen on Sunday evening, as he does. It was one of the rides of the night and I reckon he was closer to his teammate than even he had anticipated at the opener. 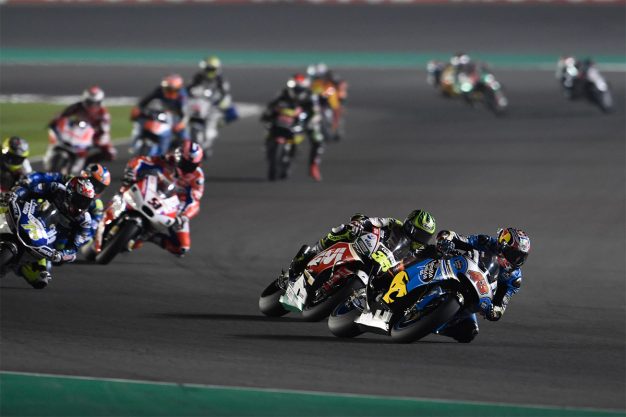 Rider: Marc Marquez
Rating: B+
Rundown: A late switch to a softer front tyre cost the world champ of a better result at round one, but it would’ve been hard to stop Viñales nonetheless. Argentina and the Americas will be telling of how his season will play out.

Rider: Aleix Espargaro
Rating: B+
Rundown: First time out on the Aprilia, Espargaro put in a pretty amazing performance for sixth. That’s the best we’ve seen from the RS-GP and, as we said elsewhere, don’t discount a podium by year’s end.

Rider: Jack Miller
Rating: B
Rundown: It was a really positive race for the Aussie and a nice way to start an important season. The points for eighth will definitely come in handy as the year progresses and we’re hoping to see more of the same in races to come. 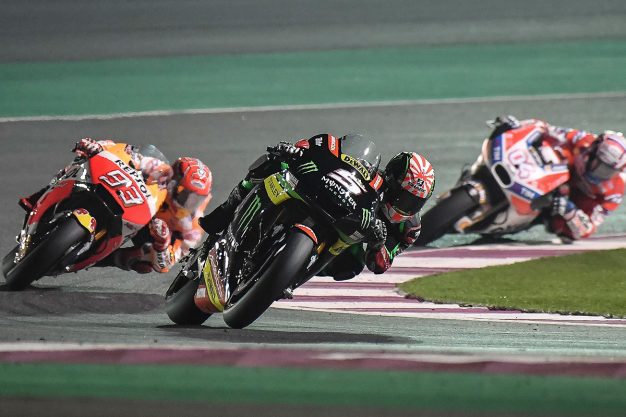 Rider: Alex Rins
Rating: B-
Rundown: Top of the rookie finishers, factory Suzuki newcomer Rins can be proud of an elusive top 10 on debut and he will build from here.

Rider: Jorge Lorenzo
Rating: C
Rundown: We knew it might be a challenging start for Lorenzo at Ducati, but didn’t expect him to be down in P11. Chances are he will improve a lot from here, but then again, he’s being paid to win and that’s looking like a long-shot.

Rider: Johann Zarco
Rating: A
Rundown: It was a case of what could have been for double Moto2 champion Zarco, leading the first six laps of the premier class career by a comfortable margin, only to crash out. Still, it was a mega performance that will come as a boost.