Back in the British Superbike Championship with Anvil Hire Yamaha, 33-year-old Bringelly resident Josh Brookes made an immediate impact last weekend at Donington Park’s opening round of the 2017 season.

Last year’s failed transfer into the Superbike World Championship (WorldSBK) was a disaster by all indications, unable to extract the most out of the Milwaukee BMW S 1000 RR and finishing a lowly 14th in the standings with only few reasonable memories from the year.

It was the year before in 2015, however, that Brookes established himself as one of the best Superbike riders on the planet by dominating the BSB series with the Milwaukee-backed Shaun Muir Racing (SMR) organisation on-board Yamaha’s then-new YZF-R1. Put simply, it was Brookes’ year.

The season started off strongly at Donington Park when he went 3-6, then he scored eight more podiums within the first five rounds. Round six was where he hit his straps though, doing the double at the Brands Hatch Grand Prix Circuit and going on to win six races in a row. 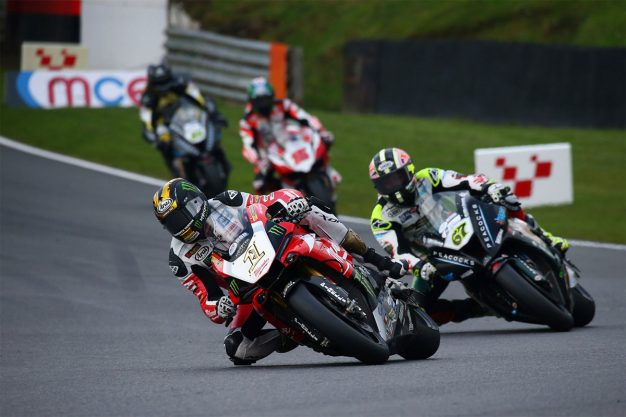 In fact, from the point of his first win at Brands, he won no less than 13 races of the final 16 en route to the title. It was a mega season that the multiple Australian champion will remember as one of the high points of his lengthy professional career.

“It’s a strange emotion to wrap it up really,” Brookes told CycleOnline at the time. “People are like ‘are you excited or overwhelmed by it all?’ and they sort of want to know how you feel. The best way for me to say it is when you win something that you weren’t expecting, it’s more of a surprise. Like, if you won a raffle or something, you weren’t really expecting it, but when you’ve been working at something for so many years and you believe that you should win it, it’s the years that you don’t win it that make for more questions, rather than the time when you finally do.

“It’s hard to have that spur of the moment sense of achievement. It’s more of a period of time over the next days or weeks, possibly when you’re on your own in the car thinking of everything – the difficult times, the good moments, and now there’s an achievement to justify it all. In other years I’ve had the same preparation or thoughts. When you sign a contract for the year ahead, you’ve got good energy and thoughts for going forward, trying to think of the positives, what’s strong about the team and the bike, what’s going to be good and get better.

“Often you get to the end of the year and think ‘where did it all go wrong?’. The bike didn’t develop far enough, or you crashed at a really important time of the year, didn’t come back from that, or you got an injury. There’s so many reasons why it didn’t go to plan, but at the start, you always have this idea of how it’s going to pan out and really, this year just followed the plan. Like all the other years didn’t, this year finally did.” 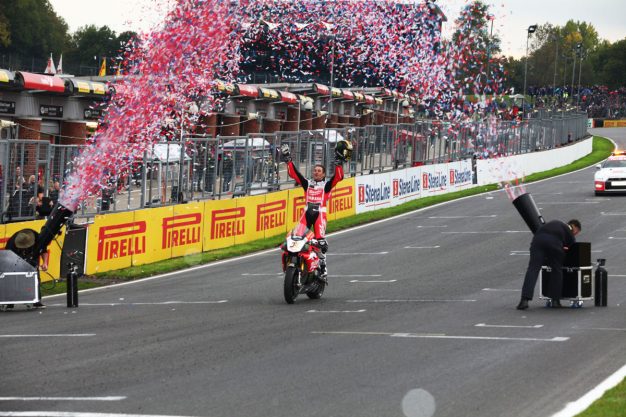 The philosophical approach of Brookes is one of the most intriguing in the sport, going about his business in a unique way, but one that no doubt works for him. When it comes to highlights endured during the 2015 season, there were a few that stood out for Brookes.

“There were a couple of things,” he explained. “One was the double I did at Brands Hatch in the middle of the year, that was my first race win and then I turned it into a double for the weekend, and that was kind of the turning point for the season. From that point on everybody on the grid including Shane Byrne had seen the change in the bike and the way I could ride it, so I think up to that point they were probably looking at me in similar ways they had the years before where yeah, I was a contender and podium finisher, but other riders weren’t really threatened that I was going to dominate at any point. After Brands Hatch I think everybody was kind of like ‘whoa, he’s on the stage now’.

“Another highlight for me was at Silverstone I set the fastest-ever Superbike lap in qualifying, so because BSB rules are limited compared to World Superbike and our tyres are less performing than WorldSBK spec, for us to match and go quicker than them in the past was kind of a good indication of the hard work we’d been doing. To get the outright Superbike lap record was really good and I think it showcased everything well.”

Now back in the familiar territory of the high-profile British series and reunited with a Yamaha that’s not too far different from what he rode to the crown two years ago, expect Brookes to reapply his winning ways regardless of the underlying factory that he’s on a relatively unproven team. A rider like Brookes is exactly what they need to cement themselves at the front of the field round in, round out.