Maxwell and Collins recall their winning weekend in Victoria.

A couple of Victorian-based riders came out of Winton’s third round of the 2017 Yamaha Motor Finance Australian Superbike Championship (ASBK) presented by Motul Pirelli as the big winners last weekend, with Wayne Maxwell (Yamaha Racing Team) winning the Superbikes and Ted Collins (Next Gen Motorsports Suzuki) topping Supersport. CycleOnline.com.au caught up with the dominant duo when all was said and done. 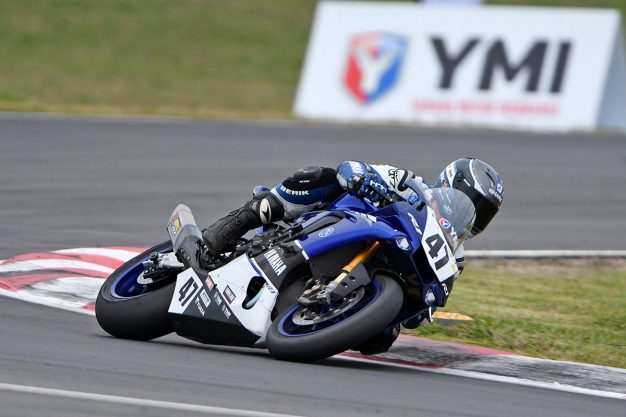 Wayne Maxwell, a perfect weekend here at Winton with pole position and the double, plus new lap record as well. You must be stoked with that one!

Yeah, absolutely ecstatic! After we got served up a bit of a raw one here in the final round in 2016, the championship got away from us. I knew I had been strong here in the past and things out of our control weren’t right here last year. To bounce back with the guys at Yamaha Racing Team, they gave me a great package here with Yamaha R1M and to get the fastest-ever lap, pole position, win two races and get the lap record, it’s a great feeling. Now we have to try keep that momentum rolling.

Did you have an idea how the races were going to play out in terms of tactics going in? Because it looked like once you were in position to strike you just went for it and got the job done.

Yeah, race one, Troy [Herfoss] was definitely holding me up at the start, but when the tyre went away there, we were very even. I was just sort of lucky enough to get a break and enough to get away from the closing [Robbie] Bugden and Cru [Halliday]. Then race two, it took me a while to pass Bryan [Staring] – three attempts – but I eventually went past and I set out to catch Troy. He was setting such an awesome pace in race two, he definitely lifted the game. Him and I seem to have that thing that we keep lifting the standard and it’s great for the sport. Today I got on top and there’s going to be times when I don’t, I’m sure.

You guys, yourself and Troy, were racing pretty closely on track, especially in that first race. Any hard feelings after that or have you become accustomed to it now?

No, no hard feelings, we are just racing. You’ve got two guys that want the same bit of tarmac and thankfully none of us over-stepped the mark. Hopefully it never happens and we can remain friends away from the racetrack and still put on a great show for the fans.

Now, your championship at Phillip Island, the first race was a disaster basically when you went out of that one early. But now you’re back in the frame, up to second and just nine points out of the lead. Does it feel good that, already three rounds in, to claw your way right back in?

Yeah, it definitely does. I think we are in a better sort of position than we were at this time last year, so that’s good for us. It’s just a matter of continuing that momentum and not falling off the bandwagon like we did late last year. I’m going to keep things away from the track under control and not let them get out of control like year and the guys at Yamaha are going to hold up their end of the bargain. We’re going to try and work as close as we ever have and try to take this one to the end of the wire.

What are your thoughts on the surface here? Although it was new here last year, is it any different now?

No, no different. Now there are some patches and stuff, but it’s great racing. As you seen today, it was pretty tight and it’s very physical. I enjoyed it this time, last time maybe didn’t enjoy it with the new surface, but definitely enjoyed it this time. Looking forward to some of the challenges ahead.

Yeah stoked, that one has been good to me in the past. I’ve had some bad races there but always been able to ride the circuit good. So I think it will suit the Yamaha good there and really looking forward to laying down the challenge and to take on the heat. It’s a physical and tough and can’t wait!

No worries and well done! See you there. 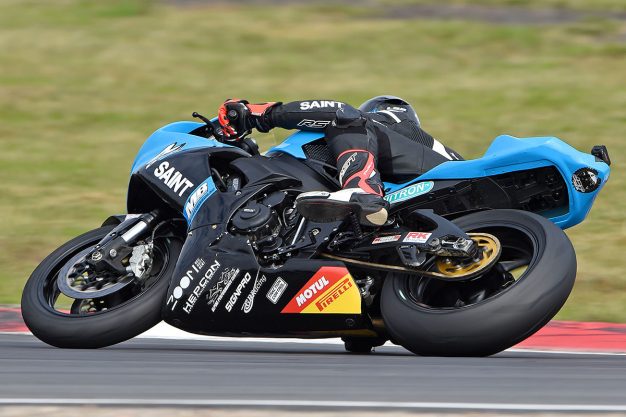 To start with Ted, well done on a really impressive ride from you and a dominant weekend. You must be pretty happy with that one…

It was definitely a good weekend, you know. It was probably actually better than I imagined it to be! After testing, I think our times were only a few tenths ahead so we knew we had the pace, but didn’t think we’d be quite as dominant as we were in the two races.

You went into the round leading the championship, so was it just a case of building confidence and knowing you belong at the front now?

Yeah, well we had a one-point lead coming into this round, so just to be leading the championship was a confidence-booster in itself, I guess. And then to win race two at Wakefield as well, that was my first win, so after that I sort of believed in myself a little bit more and, as you said, thought I deserved to be at the front.

Is Winton a track you’ve spent much time at in your career, being from down there?

I actually had my first-ever road race at Winton during a Hartwell club meeting in 2012. I raced there a lot in the first year I was racing, then no-one really raced there for a few years, so until last year we hadn’t been there again. I wouldn’t say I’ve ridden there a lot, but between Winton and Phillip Island, they’re the two closest tracks to home.

Looking ahead to to rest of the season, we have a bit of a break now between Winton and Darwin, but you must be looking forward to carrying on the form. Is it still a case of taking it race by race for the championship?

Yeah, we’re not even halfway through the season yet so it’s hard to look at the championship. We just want to win as many races as we can and if we can keep extending the championship lead, that’s just a bonus.

Your Next Gen team has a couple of Superbike titles to their credit and it looks like you’ve stepped it up once again within that team. They seem really happy with the results you’re producing as well.

Yeah, the aspect of the team is pretty cool this year with Troy [Guenther] being a rookie on the Superbike, me up the front in Supersport and we’ve got Scott Nicholson as well in Supersport 300, who won his first race over the weekend as well. All three of us are pretty competitive in our own classes and in our own way, so it’s definitely cool.

Well it’s definitely good to see and great to watch. Thanks a lot for that!