It’s been a mammoth month of launches and yesterday was one of the most anticipated of all, as Honda released the 2017 CBR1000RR at Phillip Island. Fittingly, we had Shannon Johnson take part on our behalf.

I’ve long had a great amount of respect for SJ and have seen him ride all kinds of Fireblades throughout the years, both in racing all the way back in 2000 all the way through to coaching at my school when I had it (right around when the 2008 edition was released).

The familiarity of a particular model goes a long way for a test rider and after speaking to Paul Free of Crankt Protein Honda Racing yesterday, it was clear that Shannon applied himself to the task at hand with the same attention to detail that’s made him a successful racer, cyclist and now, business owner. 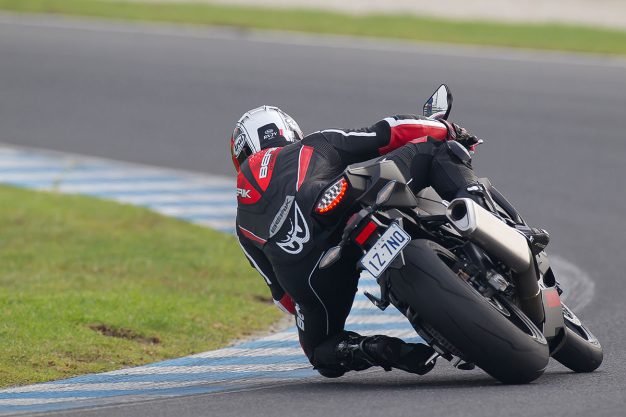 I’m looking forward to seeing what he has to say about the latest CBR and during the launch, Honda factory duo Troy Herfoss and Bryan Staring also turned some laps on the up-spec SP2. Still largely production-spec with some of their parts off the previous race bikes, it’s definitely early days.

What Troy did say on Friday was that the much-needed horsepower increase was identifiable and the strong points of his race bike will be even better with the 2017 version. They’re yet to really delve into the electronics until a race-type ECU arrives.

Honda’s not certain whether or not they’ll race the new bike at Darwin, but considering the race weekend is almost two months away, you’d have to think they’ll have a decent package sorted by then. And the potential of the SP2 is higher than the 2016 SP, which is at the end of its development (they’ve squeezed everything possible out of it over the years!).

Through our parent company Foremost Media’s production division, we actually completed the filming for KTM Australia at the launch and it was a great experience to have Adam Spence work with the team and deliver such a polished final product at the end of a gruelling week. So much preparation goes into this and I’m glad we were able to pull it off.

I’ve never ridden an adventure bike myself, but funnily enough, as the years tick by, I’ve become more and more interested in them. And the technological advancements that we’re seeing (lighter, faster, more tech, etc) makes for an extremely attractive package. You could tell by Sam Maclachlan’s Reviews that they’re unreal machines. 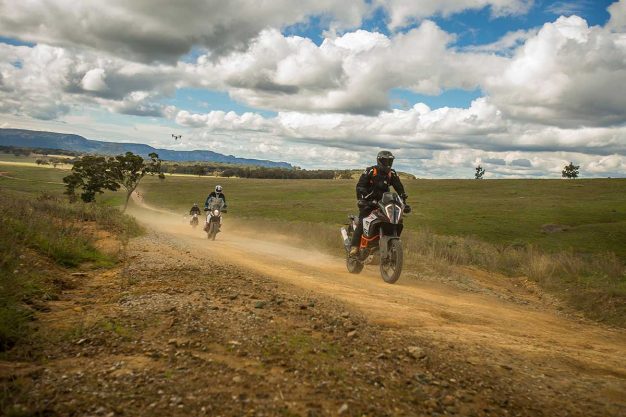 Come Sunday we will have Paul McCann heading up to North Queensland for Suzuki’s new V-Strom 1000 and 650 launch, which will be another really good event to be a part of, on what appear to be another impressive couple of bikes (we also have Guy Streeter heading to Austria for the new EXC launch on MotoOnline.com.au!).

Elsewhere, last weekend’s Jerez round of MotoGP was a bit of a disappointing one when Jack Miller was taken out following a haul of top 10s, but he bounced back reasonably well during testing on the Monday. Word is he’s in line to renew a deal at Marc VDS in 2018 – a single year – and that will put him in sync with the factory rides moving forward.