Suzuki’s V-Strom 1000 was originally introduced in 2002 and has been a steadfast and well deserved leader of their sports touring range since then. In the new age of adventure riding it’s being marketed as a ‘Sports Adventure Tourer’, but despite the name, few people are aware just how capable this long-legged bike is off-road.

In a trial by fire, Suzuki gave six lucky journalists a chance to let loose with Cape York Adventure tours on a three-day loop ex-Cairns with both the base and XT versions to put each model through its paces.

This year the V-Strom benefits from the addition of a few key changes that build on the transformation it underwent in 2014 to become the fresh and formidable mile-muncher we know today. The sharper image is accompanied by key internal refinements that include the addition of Bosch’s Inertial Measurement Unit (IMU), which allows for cornering ABS and an intelligent two-level traction control system. 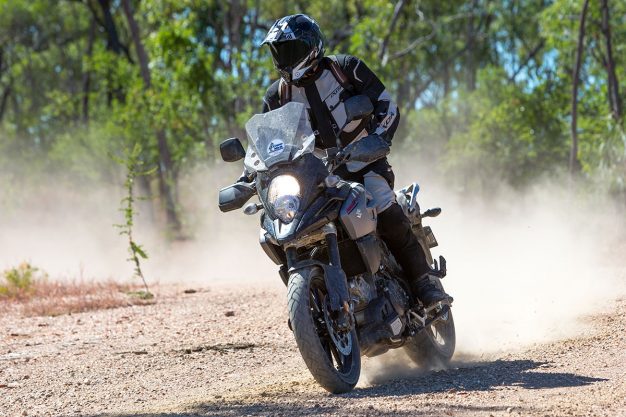 Technophiles may scoff at the big Strom’s limited number of options to select from, but like everything on this bike, the TC has been developed with real world applications in mind. Level 1 is the less intrusive of the two modes, not counting the ‘off’ option, and allows limited but predictable wheel slip before reducing drive to the rear wheel to prevent extreme sideways action. It works well on wet bitumen or powdery gravel and enhances the feeling of control without compromising on outright enjoyment or connection with the throttle.

Level 2 is much more intrusive and can be reserved as a safety net for slick conditions, such as the deep crimson clay we encountered through the Kuranda National Park on route to Mount Malloy for the first leg of Suzuki’s Oceania launch. This thumping litre bike has power that can easily tie the bike in knots on unsealed roads, so the fitment of knobbier adventure tyres is a wise move if you plan on riding primarily off-road.

Nonetheless, the OEM Bridgestone Battle Wings are supremely capable road tyres and had plenty of tread to handle the high speed gravel roads that led us through some of the richest alluvial goldfields in the country to our camp site at Palmer River. This section of undulating dusty roads was a hoot with a bike that punches out more than 100Nm of twisting force at 4000rpm and 74kW of power at 8000rpm. 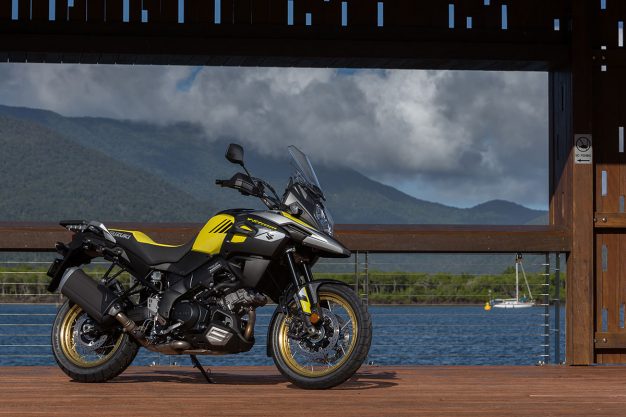 The 1047cc short stroke mill comes on strong in the low to mid-range, which is just where you want it for real world riding. Cruise control would have been a nice addition given the bike’s design brief, but bitumen is still blissful on the V-Strom and it will happily idle away at 3500rpm in sixth gear at 100km/h. Despite the big bore 90 degree V-Twin, there’s very little vibration from the engine and a linear delivery which is made all the more enjoyable in this class given the bike’s lightweight chassis.

The new Motion Track Braking system not only introduces the benefits of cornering ABS to prevent wheel lock up under heavy braking, but also adds combined braking power to settle the bike using the automatic application of rear brake when the front ABS is activated. Stock Tokico monobloc calipers offer a satisfying bite and exceptional feel, as you might well expect from a pair of stoppers that were pulled straight off the Marque’s flagship supersport model in 2009-2011, the GSX-R1000. The package is one of the best I’ve experienced from Suzuki and does a great job of bringing the bike to a sudden stop with maximum control.

The V-Strom has the enviable position of weighing in at less than the 1200cc competition and with considerably more ‘oomph’ than the 800cc mid-sized adventure bikes that are now in a league of their own. It tips the scales at just 232kg of wet weight (233kg if you opt for the XT version) and Suzuki is claiming a class-leading range from the large 20-litre fuel tank. We saw figures below 400 kilometres to a tank during this test, but it should be noted that our three-day ride involved (very) spirited transit across 750km’s of tar and gravel roads, with the odd sand section and creek crossing thrown in for good measure. 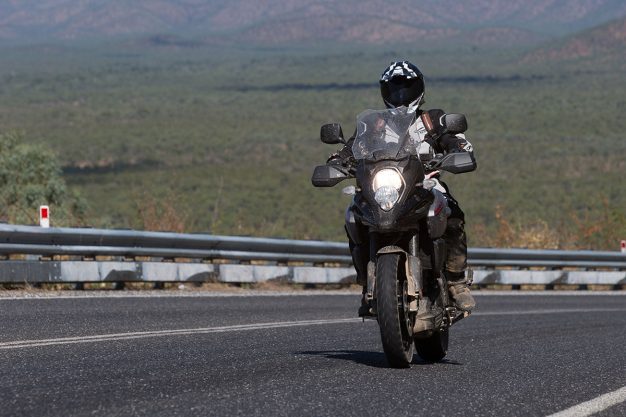 Upright ergonomics and a plush seat are more than capable of keeping you in comfort for multi-day trips, and the thicker, tapered bar on the XT model further helps to reduce vibrations and fatigue during extended rides on bumpy corrugated surfaces. Seat height remains at 850mm but is now tapered on the leading edge as it joins the slimmer fuel tank and is easier to straddle for those of shorter stature. There’s also a 30mm lower seat option from the factory for $300. The handy ratchet style screen can be adjusted to three height levels on the fly sans tools, but it’s also genuinely effective at preventing buffeting, even with a peaked adventure lid. It now sits 49mm higher than last year’s model which is a welcome improvement on the highway.

The 43mm KYB USD front forks are adjustable for rebound and pre-load, and pair up with a rear monoshock that can be adjusted for pre-load via the manual hand wheel located on the left-hand side below the rider’s seat. A few turns on the adjuster and you’ll instantly notice the bike’s firmer rear ride qualities, which is equally handy for riding two up or mixing it with your mates on the black top. And it will go there.

As a B-roads scratcher, the powerful acceleration is complemented by a stable 1555mm wheelbase and long travel suspension that easily soaks up small bumps without a hint of wallowing or pushing wide. The light-steering chassis encourages lean angles that are more than adequate to start shaving rubber from edges of the 150 section rear tyre before the hero knobs on the pegs deck out, and the 19-inch front and 17-inch rear tyre combination also do their part to assist on initial turn in. 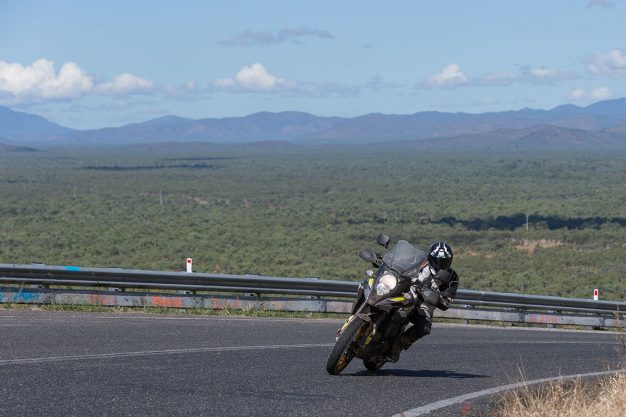 The dash has had an update this year to but it still looks a little clustered. However, the important pieces of information in TC setting, gear position, speedometer, fuel range and clock are clear enough and I’m sure it’s something that you’d get used to with familiarity. The Cross Touring (XT) version comes in at just $700 more than the base model and includes DID wire wheels as well as two extra paint options (Champion Yellow No. 2 and Pearl Glacier White) in addition to the Glass Sparkle black option of the base model.

If genuine off-road adventure was on the cards I’d shell out for the XT model and also invest in a bash-plate to protect the oil filter and headers from getting hung up on large obstacles and a radiator guard. At $15,790 for the base model or $16,490 for the XT, both models offer exceptional value and the kind of handling and performance that’s difficult to compete with for the money. In terms of versatility, this machine has the potential to really take you off the beaten track, but it’s more than capable of holding its own in the twisties where it does its best work in relative comfort. 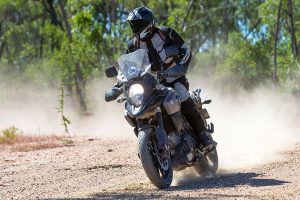 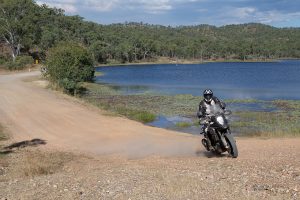 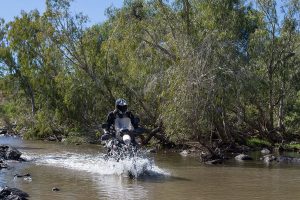 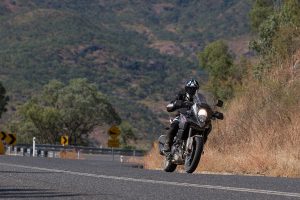 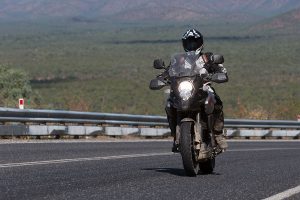 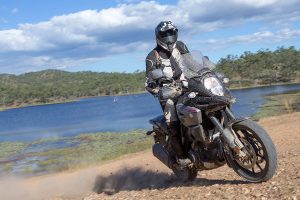 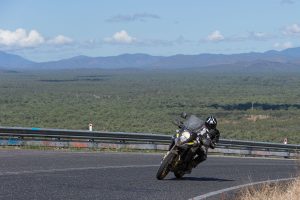 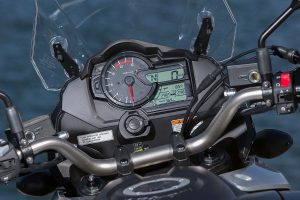 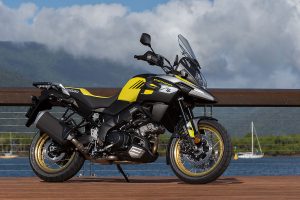 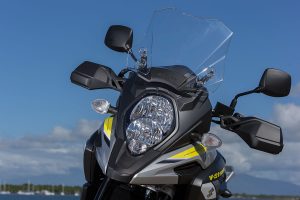 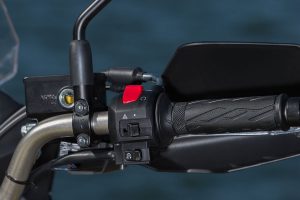 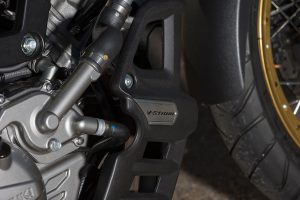 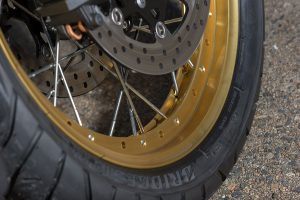 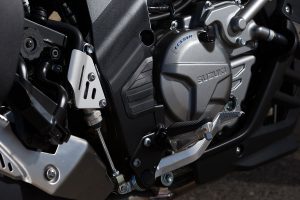 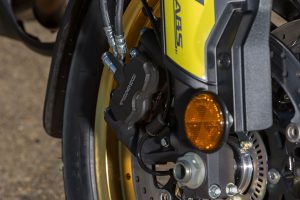 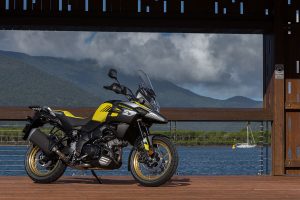 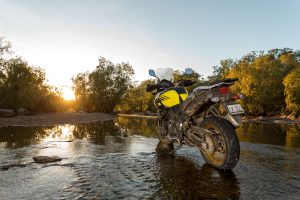 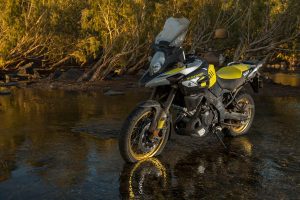