Looking back at the top moments from the first nine rounds.

With last weekend’s German grand prix marking the halfway point of a thrilling start to the MotoGP World Championship, CycleOnline.com.au has narrowed down 10 moments that have shocked, surprised and delighted us along the way. 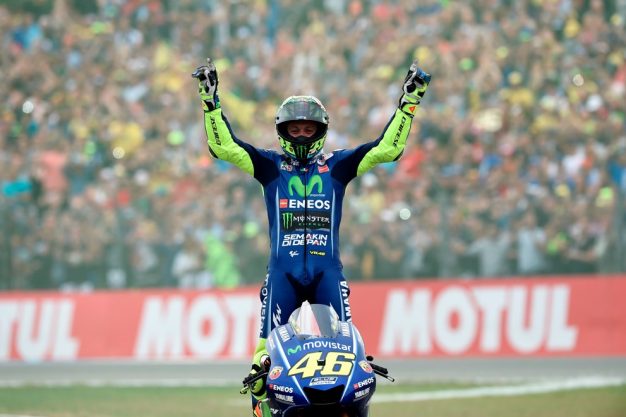 1. Four points leaders:
Four different points leader in the first half is a clear indicator of how competitive this season is. Movistar Yamaha’s Maverick Viñales and Valentino Rossi shared the top spot for much of the opening half, before Andrea Dovizioso (Ducati Team) took the reigns prior to the German grand prix, which saw eventual victor Marc Marquez (Repsol Honda) steal the number one spot heading into the break.

2. Viñales strikes first:
Fresh with his new Movistar Yamaha YZR-M1, Maverick Viñales shone in the opening rounds of the season, taking two-consecutive victories to kickstart the year. The Spaniard has since added another win to his name at the French grand prix, and currently sits second in the title hunt.

3. Back-to-back Dovi:
After taking his first grand prix victory in 2016, Andrea Dovizioso became the first Ducati rider to score back-to-back victories since Casey Stoner in 2010. The Italian captured a heroic win at the Mugello grand prix in front of thousands of cheering Italian fans, and backed up the result one week later in Barcelona.

4. Rossi wins again:
Favourite Valentino Rossi claimed his first grand prix win in over 12 months at the Assen grand prix, much to the delight of racing fans globally. The win marked his 115th – 20 years since his first – and now holds the longest winning career in the history of grand prix motorcycle racing – an incredible feat for the likeable number 46.

5. Streak of Pedrosa continues:
Consistent Spaniard Dani Pedrosa has maintained his yearly winning streak, standing atop of the podium at least once each and every year since he was promoted to the premier category in 2006. After claiming pole in Jerez, Pedrosa piloted his Repsol Honda to victory in front of a home crowd, dominating the event’s proceedings. 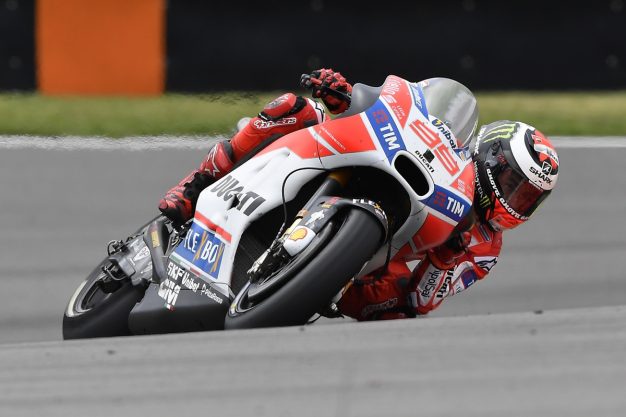 6. World-class Petrucci:
Danilo Petrucci has been an impressive talent throughout the first half of 2017, heading into the summer break with two podiums under his belt. The Italian’s performances have seen him rewarded with a contract extension to remain with the Octo Pramac Racing outfit, which will see him pilot Ducati’s Desmosedici in 2018.

7. Lorenzo’s mixed fortunes:
After making the headlining move to Ducati for 2017, many questions were raised on how Jorge Lorenzo would adapt to the new machine. It’s been a troubling start for the Spaniard, but with that said, he’s also shown flashes of the multi-time champion that we know of, such as his surprise third place finish at Jerez, which was just his fourth race aboard the Ducati.

8. Rookies shine:
A handful of MotoGP rookies were promoted to the premier class in 2017, and many of them have shone in the first half. Monster Yamaha Tech 3’s Johaan Zarco led the first six laps of his MotoGP career before crashing out, but he was able to bounce back later in the series to claim his maiden podium, while his teammate Jonas Folger raced to second just last weekend in Germany.

9. Miller’s consistent start:
Australian Jack Miller soared to three top 10 finishes in the opening three races of the season, which marked an impressive start for the Queenslander. While his best result in the first three was eighth at Qatar’s opener, he was able to top that result with a sixth at Assen, just a year on from his remarkable win at the venue.

10. KTM claims first points:
It only took two rounds for Red Bull KTM’s MotoGP project to claim its first championship points, with duo Pol Espargaro and Bradley Smith racing to 14th and 15th respectively at Argentinian grand prix – a great feat from the Austrian manufacturer. The pair have since bettered their results, sharing a handful of points between them in the standings.