Team Suzuki Ecstar’s Josh Waters claimed a dominant victory last weekend aboard the up-spec GSX-R1000R at Hidden Valley’s fourth round of the Yamaha Motor Finance Australian Superbike Championship presented by Motul Pirelli. The win marked his first of the season, and it’s the second time he’s dominated an event at the Hidden Valley circuit in as many visits. CycleOnline.com.au tracked down the factory Suzuki rider to gather his thoughts on the weekend. 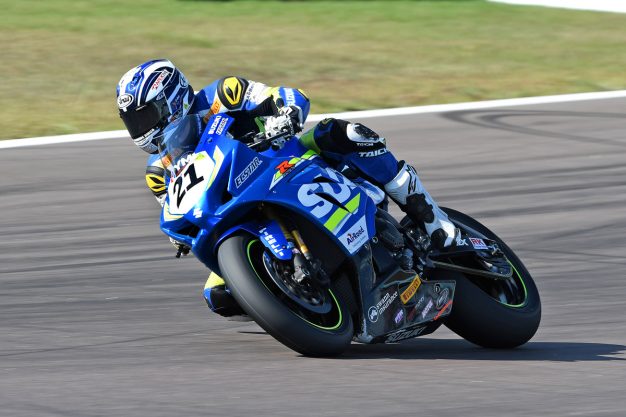 Josh Waters, 1-1 today, congratulations on the win and you must be pleased with the result.

Yeah I’m rapt to come back up here to Darwin and win both races again, I just got pipped for pole in the dying stages yesterday. After the first race today, I thought race two is going to be bloody hard. I didn’t get the start, but I got by Daniel [Falzon] and thought I’d try and break them to make the end of the race a little easier – I was lucky enough to pull a bit of a gap.

We spoke this morning and you said you had a few more changes to make on the up-spec bike before the warm-up, they were obviously positive changes considering the result.

Like you said, they obviously were. We changed the bike a bit, just to make it easier to ride. We also made the gearing a little longer, it was a lazier off the turns, but I think it helped as the tyre heated up.

It looked like a few people were struggling for grip, was that an issue for you?

Nah, I was pretty lucky – I pulled grip. I think it was a number of things that we did over the weekend that maybe helped, but after this morning’s warm-up, that was definitely our biggest step forward. So yeah, I’m pretty happy and it’s thanks to Team Suzuki Ecstar. 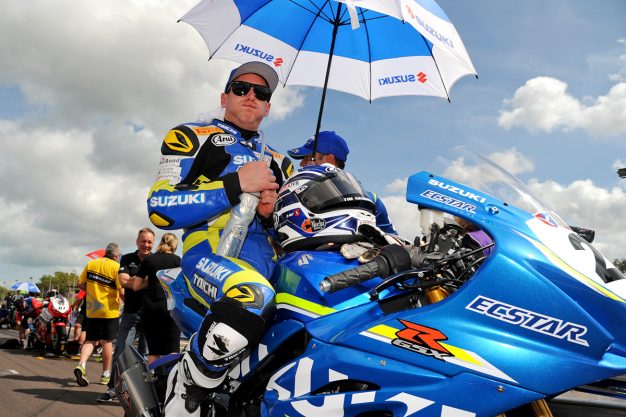 You’re off to Japan tonight, you must be feeling confident following today’s win.

Yeah, it’s a different kettle of fish over there though. But it’s great to go over there as the team will be happy, and I actually get to see the guys who made the bike – the new GSX-R1000R – so they’ll be happy too. They’ve been showing a lot of interest lately.

Yeah cool, thanks mate and well done this weekend.