Morgan Park victor on his weekend in Queensland.

It was an exceptional weekend for Yamaha Racing Team’s Wayne Maxwell at Morgan Park’s fifth round of the Yamaha Motor Finance Australian Superbike (ASBK) Championship presented by Motul Pirelli, racing to 1-2 race scores to walk away from the Queensland venue with the points lead in hand. CycleOnline.com.au tracked down the number 47 to discuss his weekend. 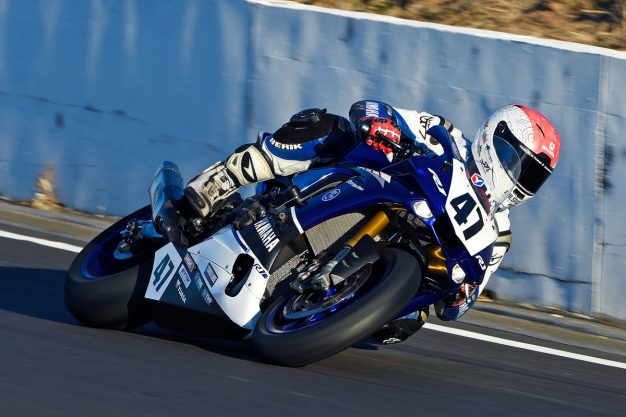 Wayne Maxwell, congratulations on the win today, you must be pleased with the result.

Yeah, we were a bit down in qualifying yesterday – I just couldn’t put the lap down that we needed. I thought I had it in me and I was confident, but yeah, we just struggled. We obviously didn’t have a setup that worked with the softer option tyre, but we knew our setup with the race tyre was good. We came out today and that first race was probably one of the best races I’ve ever ridden in my life – to come from seventh on the first lap, close the gap and win the race by a second, it’s a great feeling and great reward for everyone at the Yamaha Racing Team.

Yeah look, we came in 21 points behind the leader and leaving five points ahead, you can’t write that sort of script. It’s a great reward for us and a bit of pressure off me for the mistakes I’ve made. It’s put us back in the championship hunt and I can’t wait to roll into the next couple of races.

The track looked quite challenging out there this weekend, I think there were six or seven guys who went down in that last race. What was the most difficult aspect of it?

The bumps, the surface and then this wind has come up – that just threw another element into it. If you’re not pinpoint accurate on this track with the way the bumps and surface is and then the wind blows you out of line, then you’re in a world of trouble. Unfortunately a few guys went down, but they all seem to be okay and hopefully we can get back to a full grid in Sydney. 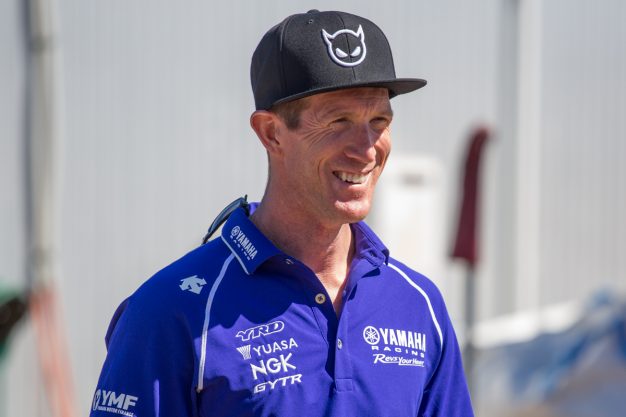 Tyre choice was really important this weekend, what option did you roll with in the races?

We ran the harder option like we have in the past, the Yamaha seems to like the harder option tyre. It was 50/50, it was kind of in gods hands as the weather really played the part in what tyre worked here today.

Two rounds remaining, is the plan to extend that points leads and be in a comfortable position at the finale?

Yeah, we’ll go to Sydney and keep pushing on and keep improving the bike. Mainly for me, it’s to keep improving the front end feel, we’ve got good acceleration grip, good side grip and rolling speed – so just improving that. Our new strategy with the Yamaha is getting better with how the engine power is, so hopefully was can improve that in Sydney.