It was a stellar weekend for Team Suzuki Ecstar’s Josh Waters at Sydney Motorsport Park’s penultimate round of the 2017 Yamaha Motor Finance Australian Superbike (ASBK) Championship presented by Motul Pirelli, as he claimed pole position and two commanding race victories. More importantly, the Victorian has moved right into championship hunt, sitting just six points shy of series leader Troy Herfoss (Crankt Protein Honda Racing). CycleOnline.com.au tracked down the weekend’s victor to get his take on an excellent sixth round of racing. 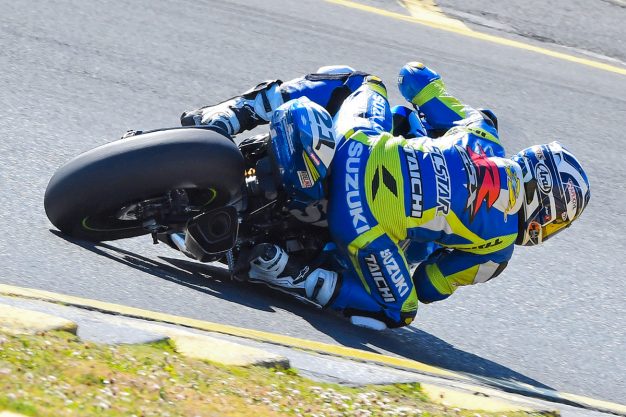 Obviously a huge weekend with pole position and two wins, and now right there in the championship – well done.

Yeah, wow – a huge weekend. To get pole was really good, a few people put the pressure on for racing, but I knew the races were going to be tough. Race two was tougher because Bryan [Staring] just wouldn’t give in, but like you said, the championship has turned right around now and I never thought it would be like that. I was 24 points behind coming in, and anything can still happen, so I just have try my hardest and wherever we end up, we end up. Obviously I want to win like everyone else, but yeah, I’m going with that attitude.

What was the mindset like in race one as you were out front and controlling the race, were you sort of watching the laps countdown?

I was just watching that and I thought I would look like an idiot if I crashed with a five-second lead. I was just trying to be smooth, and at the end I slowed down a fair bit. The [next] race was a little more difficult with Bryan there because the whole time we stayed at a quicker pace, the tyres were moving around a lot and I maybe got a little bit lucky with the lappers.

Were you aware Maxwell had crashed, or when was it that you considered where you were in the championship?

Nah, not until [I was] at the podium – I was like ‘oh jesus’ – the first thing I hoped was that Wayne was alright. In the middle of the year after Winton I never thought we’d be in this position, I think we’ll just go with the attitude we had this weekend and try our hardest at Phillip Island. 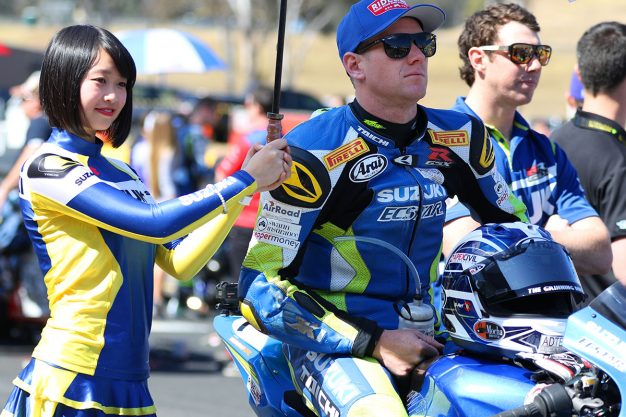 I know the R model isn’t a huge difference, but that’s what you got for Darwin and things seem to come good. Was there anything in particular or just a coincidence that made the difference?

The suspension package we’ve got in the front now – the kit we’ve got off Ohlins – is really good, and it’s similar to what our rivals are running. The feeling is really good and we’ve just worked more with trying and getting the bike in a good spot – it’s good to ride everywhere. I was disappointed at Morgan Park because I thought my speed was better than the results I got, this track also maybe suits it being a more grand prix style circuit.

I tell you what, in terms of a weekend to do it on with a big Suzuki presence, it’s a really important one for them and pretty amazing for Suzuki to do it in the same week the R model has come out.

Yeah, it’s great. Hopefully it helps with some promotion of the new bike, and yeah, to have your bosses here is a good weekend to go good.

Now Phillip Island is left and you’re just six points behind in the championship. Pulling the bike out of the crate at the start of the year you were really competitive – you don’t want to get too confident going in, but you’re in a good position.

Yeah, I hope the bike is better than at the start of the year there, but look at Troy who has won the last few Australian championships – he’s bloody good in these situations. So I’m going to try my hardest and wherever we end up, we end up.