Newly-crowned triple ASBK champion on his 2017 title at Phillip Island.

When it was revealed that Josh Waters would return to full-time competition with Team Suzuki Ecstar Australia just weeks out from the YMF 2017 Australian Superbike Championship (ASBK) opener, few expected he would challenge for the crown considering the team’s late commitment to the series and with the task of developing the new GSX-R in ASBK trim. But you can never underestimate the Suzuki, Waters and crew chief Phil Tainton combination because here we are around 10 months later and the 30-year-old is now a triple ASBK champion. CycleOnline.com.au caught up with him as the celebrations settled at Phillip Island late Sunday afternoon following his 1-5 result for second overall to secure the title. 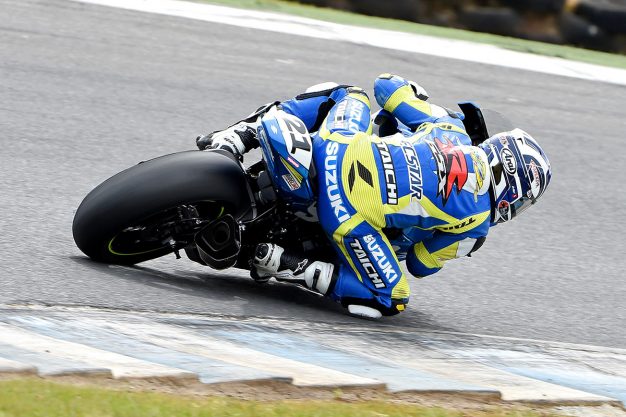 Josh Waters, your third Australian Superbike championship and potentially one of the best against the odds. Tell us how it feels.

Individual round wise, what was the most satisfying?

Maybe Sydney because of the speeds and everything, Darwin I really like – but Sydney, to get pole and win both races. There were other races where I had the speed, but other things just happened. The field is that tough at the moment, it’s pretty special to win.

Race one here everything just went your way, you got out front, controlled the race and things happened behind you, but there was no denying what you were going to do in that race from what I could see.

That was my aim, so that made race two a lot [easier] – I knew what I had to do. I a trillion things going on my head.

There wasn’t much room given in race two either.

Nah, it was a battle! I looked at board and knew I had a bit of a gap over sixth – I knew I had to finish fifth. 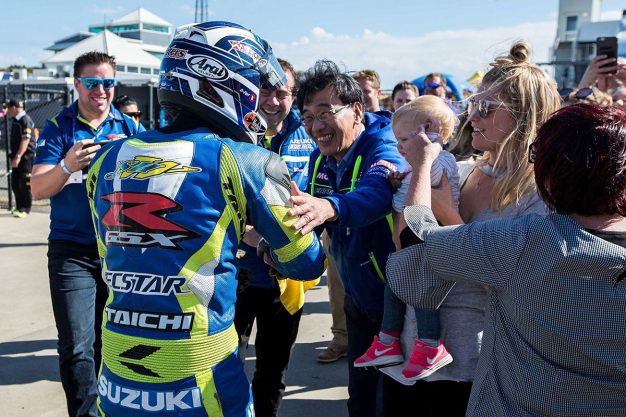 In terms of your career, people have overlooked the fact you were pretty much on the sidelines apart from some stuff in Japan, did you think your career was done? Did you imagine this was going to happen from that point?

I was extremely lucky last year that Jordan Coote gave me the opportunity to race at the final round and also the grand prix, that’s where it kind of turned. Unfortunately something couldn’t happen, then I was extremely fortunate that I met up with Dale Brede. It all happened so late, Suzuki put me in touch with Dale Brede, we had a chat, then the next day he called me and said ‘yep, lets go racing’. This was two and half weeks before round one with a brand new motorbike – Suzuki’s only thing was they wouldn’t use the old model, they only wanted to use the new bike. It all just played out – last year I wasn’t racing and no one wanted me, so it’s pretty special.

In your own right, we hear of Shawn Giles and those sort of guys that are really successful, but for you, you’ve ended up becoming a Suzuki legend already after three championships having ridden so many different bikes. Just how good is this GSX-R1000, especially with the R model?

It really shows with the rules the ASBK has, the bikes are that close to standard and it shows what bike is stronger. The best thing is, one bloke got a bike the exact same as mine and it was delivered here Friday morning – it’s really cool like that. It’s a little bit difficult when you catch guys that aren’t going as fast as you, it’s not like the old days where you could blow the stickers off them in a straight line – there bikes are as fast as yours.

Next year, from what I know your deal is not completed, but the ideal plan is to defend the crown?

That would be awesome, and I really hope that Suzuki after this weekend would like to continue, and I hope the team to as well.

Well done, it’s been awesome to watch and great result.

No worries, thanks for your support.