Ducati has unleashed its historic new range of sportsbike machinery in Milan, Italy, at the annual EICMA show – the 2018 Ducati Panigale V4 range. It’s the first mass-produced Ducati to mount a four-cylinder engine, derived directly from the MotoGP Desmosedici.

With an engine displacement of 1103cc, 214hp and a power/weight ratio of 1.1 hp/kg, the Panigale V4 replaces the 1299 twin-cylinder at the top of the Ducati supersport line-up. The Panigale V4 has been developed in close collaboration with Ducati Corse, drawing directly on technology from racing to provide a road bike that is the closest thing possible to its MotoGP counterpart. 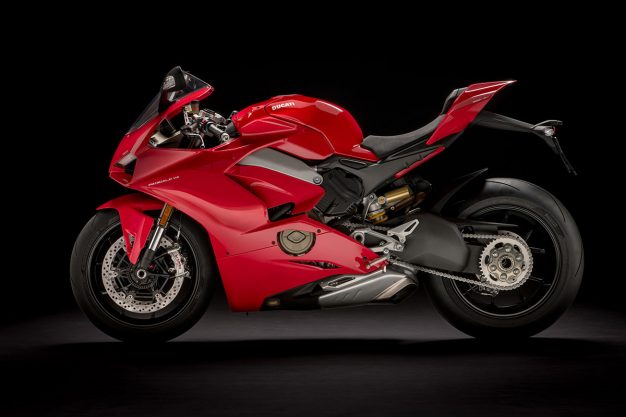 The new Ducati superbike family consists of the Panigale V4 and the Panigale V4 S. The latter mounts Öhlins suspension featuring the Smart EC 2.0 system with a new adjustment interface and top-level components such as forged aluminium wheels and the lithium-ion battery. Completing the range is the exclusive Panigale V4 Speciale, a numbered, limited-edition bike with a dedicated livery, titanium exhaust and machined from solid components.

The Desmosedici Stradale engine is a 90-degree V4 with Desmodromic timing, just like the Desmosedici GP from which it also takes an 81mm bore (the maximum allowed by MotoGP rules). This has been combined with a longer stroke than that used in racing to boost low-to-mid rev torque and reduce maximum revs so that the power is easier to handle. The new Ducati engine puts out a maximum of 214hp at 13,000rpm, with a torque of 12.6kgm at 10,000 rpm. 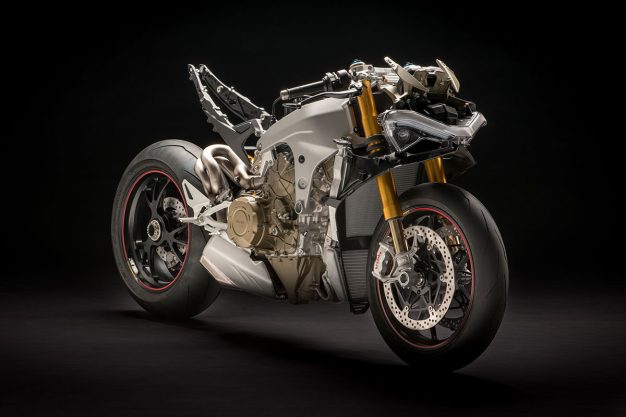 The Panigale V4 engine is the only one in the sports segment with a 90-degree V configuration. It’s also the only engine to use technology such as the counter-rotating crankshaft and twin pulse ignition. The power of the standard Desmosedici Stradale configuration can be boosted to 226hp by mounting the all-titanium racing exhaust, made by Akrapovic as per Ducati Corse specifications.

To contain the inevitable weight gain with respect to the 1299 Panigale, Ducati has developed an all-new frame where the Desmosedici Stradale itself has a load-bearing function. Called Front Frame, it’s more compact and lighter than a perimeter frame and uses the engine as a stressed chassis element. This solution ensures the right torsional rigidity for on-the-edge riding and gives riders outstanding feel. 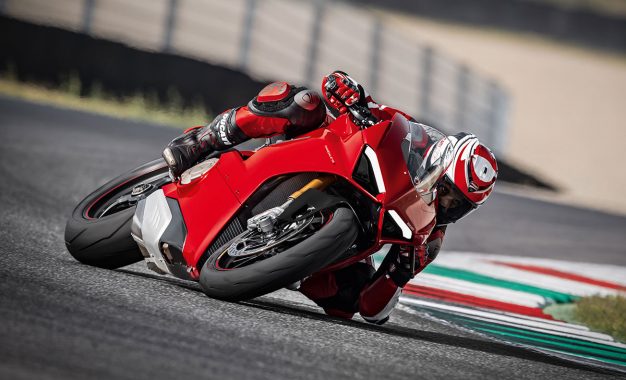 The Front Frame has allowed the designer to create a bike that is slender in the tank-seat merge zone. This, together with seat/handlebar/footpeg triangulation, ensures perfect bike-rider integration according to the Italian brand. Together with meticulous design and the use of light materials, the new frame keeps the kerb weight of the S and Special versions down to 195kg. This weight, combined with the 214hp, means a power/weight ratio of 1.1 hp/kg.

Thanks to the potential of the six-axis Bosch inertial platform, a latest-generation electronics package with some previously unseen features defines new active safety and dynamic vehicle control standards in all riding situations. The Panigale V4 introduces controls such as controlled drift during braking, ABS Cornering on the front wheel only thanks to a set-up specially designed for track riding and Quickshift Up & Down with a strategy that takes lean angles into account. 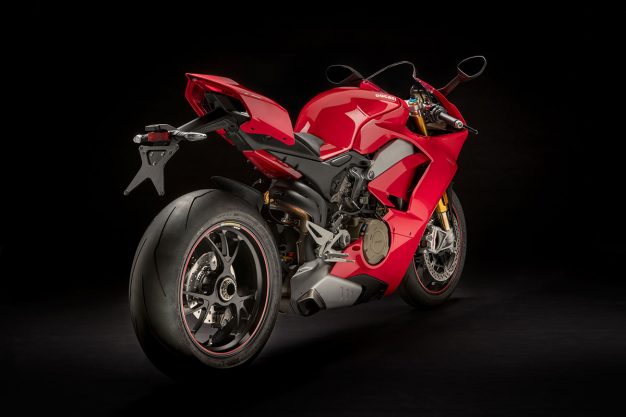 All these controls – developed on the track together with official Ducati riders and test riders – are incorporated in the three new Riding Modes (Race, Sport and Street) and can be adjusted via the advanced TFT panel that makes the Panigale V4 the highest-tech bike in its history. 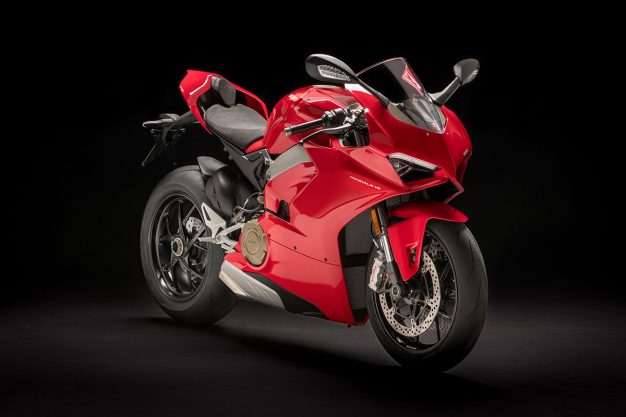 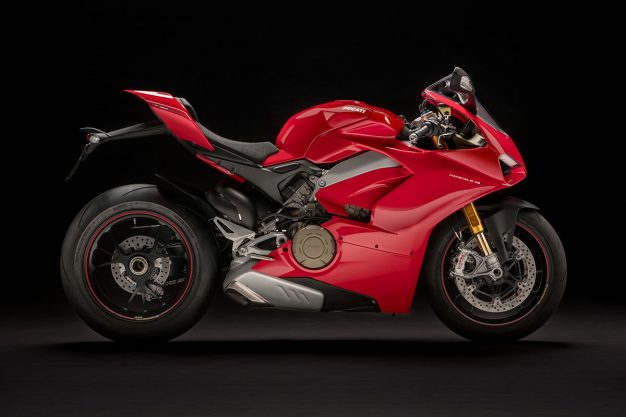 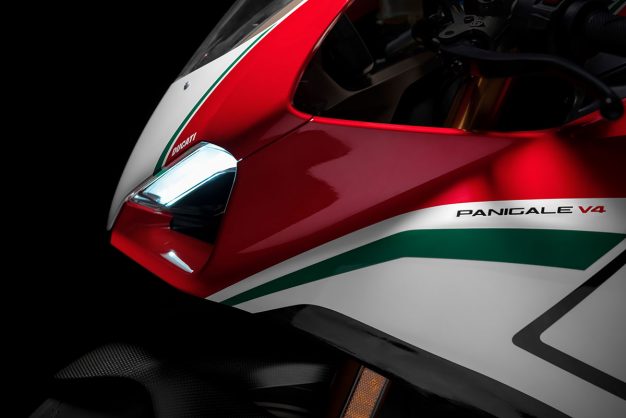