The Ninja H2 and the Ninja H2R were born from a pure pursuit of performance and created to offer riders an unforgettable experience – the new Ninja H2 SX explores a different direction of sports touring.

Balanced Supercharged technology has been developed entirely in-house by Kawasaki, with a focus on real-world street use, offering a linear power output in the low-mid range, combined with excellent fuel efficiency, which has proven to be even better than the Sport Touring sibling Z1000SX. 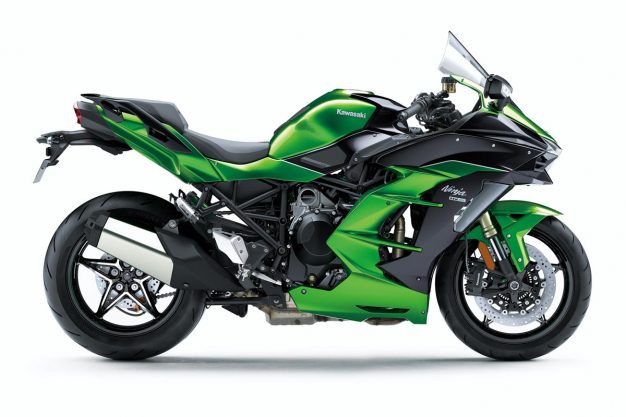 Thanks to its light weight, the Ninja H2 SX has a striking power-to-weight ratio, while the sporty riding position, superb ride comfort, reassuring high-speed stability and agile handling all contribute to the touring aspect of the supercharged sport tourer.

Using feedback from the compact Bosch IMU (Inertial Measurement Unit) that gives a real-time picture of chassis orientation, KCMF monitors engine and chassis parameters throughout the corner – from entry, through the apex, to corner exit – modulating brake force and engine power to facilitate smooth transition from acceleration to braking and back again, and to assist riders in tracing their intended line through the corner. 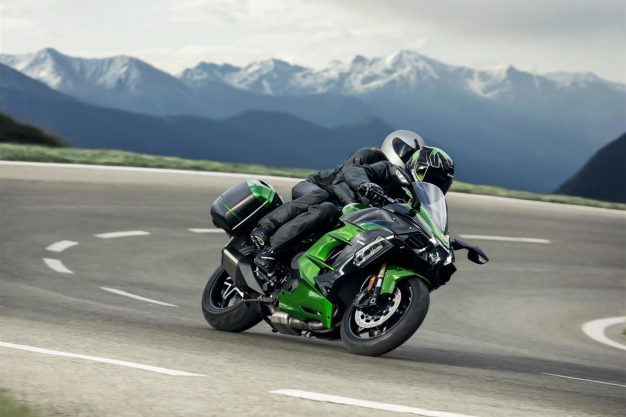 Ninja H2 SX riders will be able to share their experience with a passenger thanks to a highly revised Ninja H2-derived trellis frame that is equipped to carry a formidable 190kg payload. Kawasaki engineers made sure that riders can still make use of the supercharged engine when riding with passenger or panniers by developing a new rigid chassis with a longer wheelbase, and an altered steering angle that ensures stability and confidence at high speeds. 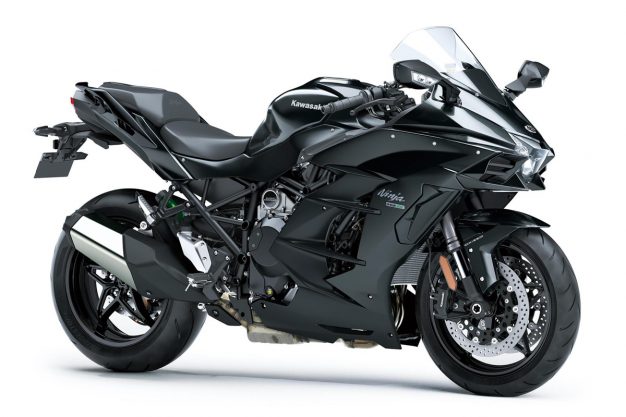 The all-new Ninja H2 SX comes in two model variants: the standard Ninja H2 SX and the Ninja H2 SX SE. Focused as being ultimate in class, the SE model comes equipped with an impressive array of additional quality features such as Kawasaki’s first TFT LCD meter, lean angle sensitive LED cornering lights and a quick shifter for seamless up and down gear selection.

The Ninja H2 SX SE cornering lights are built into each side of the fairing help illuminate the road when cornering at night. Each of the three lights has a fixed direction and is activated based on lean angle. As the bike leans over, the lamps come on in order, creating a wider path of light in the direction the bike is heading. 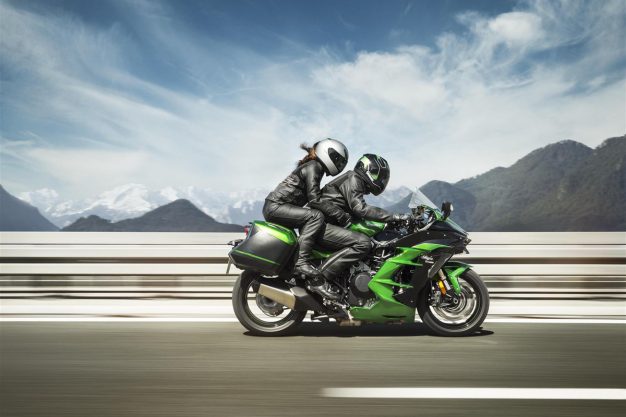 The advanced, high-tech design of the instrumentation contributes to the Ninja H2 SX’s flagship-level quality. Kawasaki’s first use of a high-grade full colour TFT LCD screen is on the SE. The SE model’s screen enables information to be displayed graphically.

Two selectable display modes (Touring, Sport) allow riders to prioritise the information they want to see depending on the kind of riding they are doing at the time. Compared to the analogue-style tachometer that is complemented by a full digital LCD screen on the standard model. 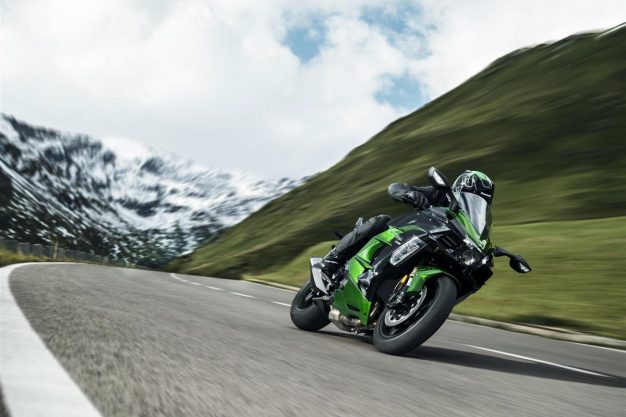 Pricing and availability locally in Australia is yet to be confirmed. Visit www.kawasaki.com.au for the latest on the release and more information.