Suzuki Australia are right where they want and need to be with the two brand new GSX-R1000 models. The completely-revised GSX-R1000R was launched at Phillip Island in February and, with over 600 new parts, it received rave reviews. It’s competitively priced, good looking and, most importantly, it’s fast.

The brother bike is the standard A model, which was released without the fanfare of a launch, but it has proved to be worthy of carrying the GSX-R label. The new R model subsequently went on to win the 2017 Australian Superbike Championship with Josh Waters taking the crown for a third time with Team Suzuki Ecstar Australia.

Suzuki Australia are in celebration mode and have just released the standard GSX-R1000 with a new ‘Championship Bonus’ kit to commemorate Waters’ achievements on the track this year. I’m not sure standard is the right word to describe the base-model GSX-R, because it has virtually all the features of its high-end brother. The main differences between the two are in the suspension, where the A has the older, but still excellent, Showa BPF (Big Piston Fork) and the older style, fully-adjustable Showa rear shock. 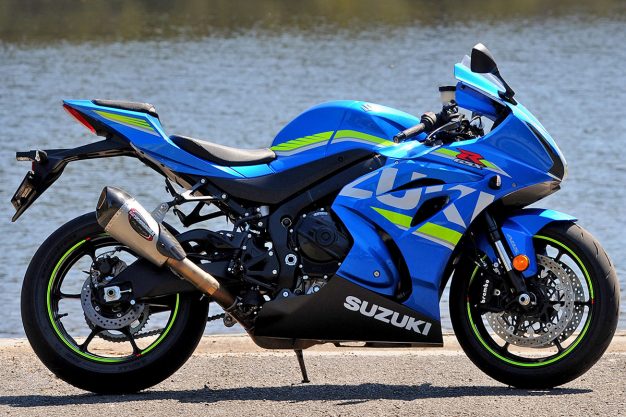 Electronically there’s no launch control or bi-directional quick-shifter either, but that’s reflected in the asking price, keeping it in line with the other leading manufacturers. The standard bike with the Championship Bonus package pretty much ticks all of the boxes, including a bi-directional race-shifter and a Yoshimura slip-on muffler. That additions mean that this could almost be the perfect GSX-R.

The bike is supplied in standard tune and with the slip-on it makes more power, but the real fun starts if you decide to get it tuned, which is exactly what we did. There are many tuning options, but we got Phil Tainton to we’ve his magic. When Phil waved his wand on our bike, the already-fast GSX-R ended up pumping out about 196 rear wheel horsepower, which is astronomical for such a standard beast. Add the bi-directional quick-shifter and suddenly you have one serious motorcycle on your hands. 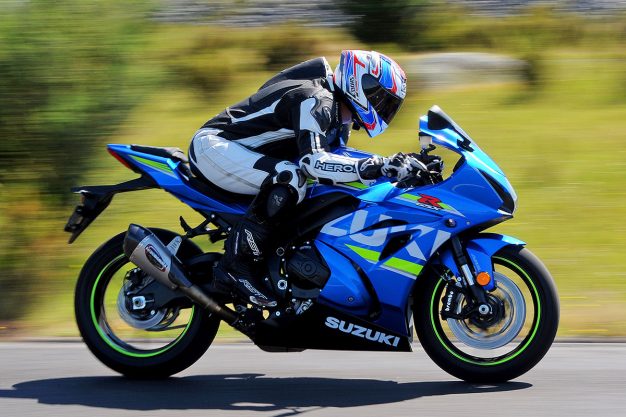 I think enough has been said in the press regarding the stats of the new bike, but controlling that sort of power isn’t an easy job and only the best electronic systems will cope. The tuned standard Suzuki electronics package is amazing, but this bike’s even better. The throttle maps on the standard A model are about 95 percent perfect, which is equal to any of the other Japanese manufacturers, but when you add the Suzuki Championship Bonus kit, plus the tune-up, this bike becomes what I’d describe as perfect.

Recently I did some laps on the Australian championship-winning GSX-R of Waters and it was an amazing bike to experience, but with just the few tweaks this standard model received, the difference between the two was virtually undetectable. Okay, there is slightly less power than the race bike that has 206hp, but there’s also a good gain over and above the standard bike. 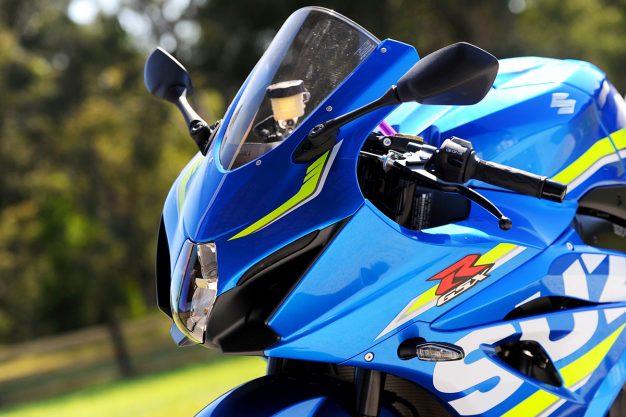 The throttle pick-up is flawless and that really does help the rider feel the traction of the road below. You somehow feel more connected and you are the one in control with lots of feedback coming your way making this bike just like Josh’s. The other major difference over the standard model is the addition of the R model’s quick-shifter and, after riding many bikes with them, it’s hard to go back, so the fitment to this bike makes sense. Who needs the clutch? It’s just a matter of zapping through the gears GP-style, giving the bike a race track feel.

The suspension is second-tier Showa suspension, but it works so good out in the real world and gels in perfectly with the completely new frame and engine package. The geometry of this bike is different to the old bike too, but it retains that renowned stability that Suzuki is famous for. In fact, I haven’t ridden a bike that feels as stable as the Suzuki with its front-end being the strong point. 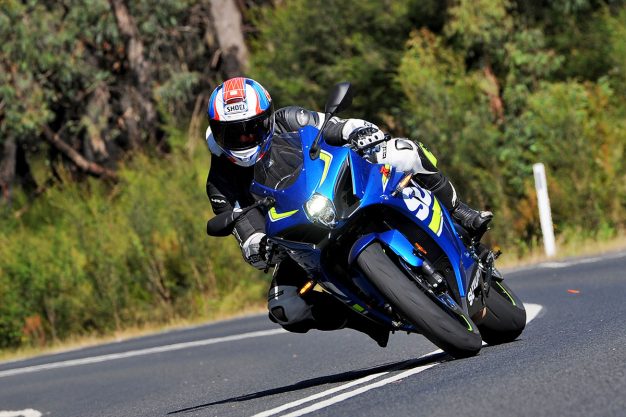 Riding it in its natural environment – tight back-roads – the bike feels very confidence-inspiring. There’s nothing to worry about and no little quirks, just plain-old fun to be had. It’s also a comfortable bike to ride as far as sportsbikes go and that comes from not only the seating position, but the frame’s ability to absorb elements and the cushy suspension settings.

Probably the biggest thrill about the 2017 Suzuki GSX-R1000 is its exhaust note when you get on the gas. It really starts to wind up and then when the Suzuki Racing VVT (SR-VVT) System kicks in, it feels like you’ve entered Star Wars Hyperspace. It’s a rapid machine that is full of technology, but still retains that old-school feel. The brakes are also excellent, giving the rider a good amount of feel while always having the ABS in the background as a reserve of sorts. There’s no intervention and, unless you find yourself on track, it is just what you want.

So, with the Championship Bonus kit and Tainton tuning, this test bike sits somewhere between the regular GSX-R1000 and high-end GSX-R1000R models. What stands out is that you get a lot of motorcycle for your money and half-way or not, it feels like the Full Monty. 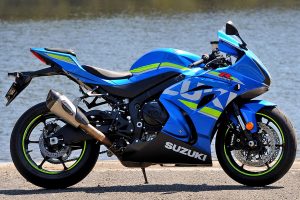 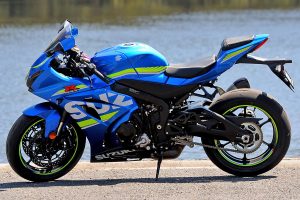 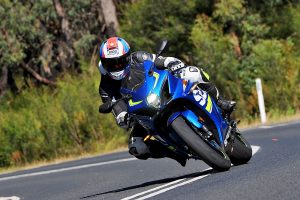 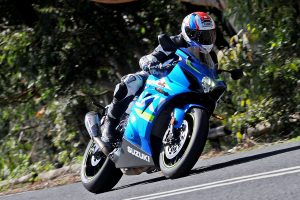 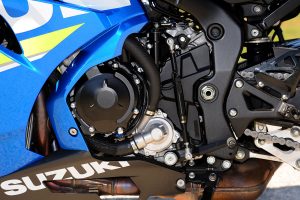 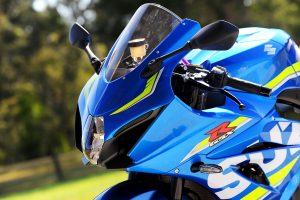 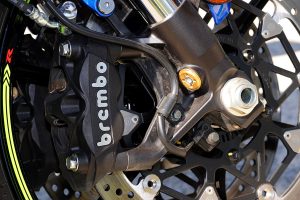 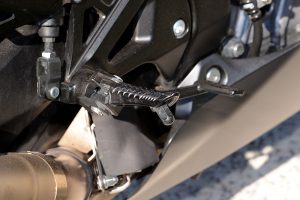 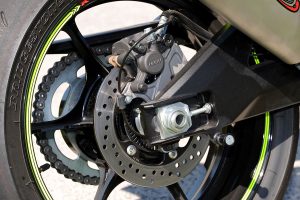 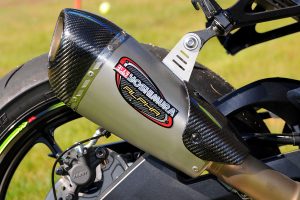 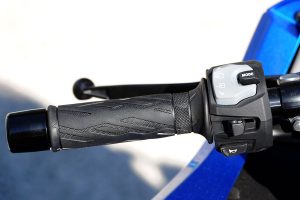 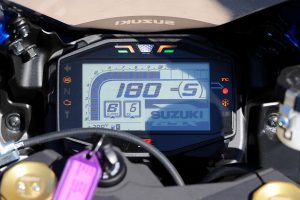 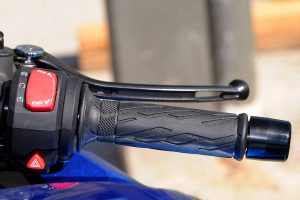 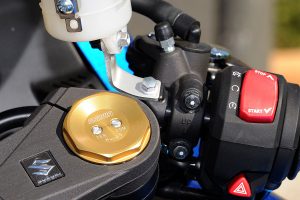