There’s been plenty of talk about naked bikes in the media and much conjecture as to which is the best of the bunch, but after a ride with a group of my mates on the Great Ocean Road, I posed a question. Do you need the best or just to be in love?

I was tailing one of the all-time greats, the mighty Aprilia Tuono 1100. The Tuono is such a beautiful bike and for kilometre after kilometre I watched as it carved, accelerated and was put through its paces by its pilot ahead.

I wasn’t on a Tuono and, although at the start I wished it was my ride, I began to fall in love with another naked Aprilia. The Shiver has been around the traps in 750 guise for over 10 years now, but the Northern Italian manufacturing plant chose last year to release the 900 version. A raft of changes have now made this almost-forgotten model one to consider, as Aprilia has modernised the Shiver platform. 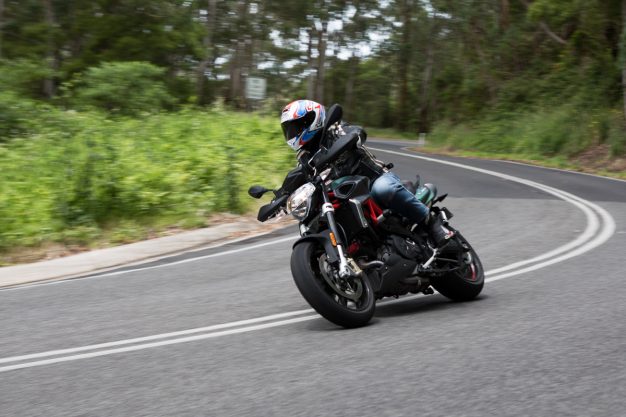 The mid-capacity market isn’t a huge one with about 200 units sold Australia-wide in the naked sector, with bikes like the BMW F 800 R and Triumph’s Street Triple taking the lion’s share of the market, but Aprilia hopes this new Shiver will start to attract its share of sales.

Technologically, the Shiver has always been ahead of the curve. It was the first bike fitted with fly-by-wire, developed from Aprilia’s MotoGP experience with the Cube and it was also one of the first to implement its trellis combination frame, which is still in use today. One major positive of the new bike is the fact that it shares some common components of the almighty Tuono, bringing a very competitively-priced naked bike to the market with some super-high quality parts.

The Tuono’s top of the range electronics make their way onto the Shiver, as do the lighter, sportier Tuono wheels. The electronic package delivers on the performance front with its new Magnetti Morelli ECU, plus there’s also a TFT dash straight off the RSV4/Tuono range, making this Shiver the only ride in class with that type of sophistication. 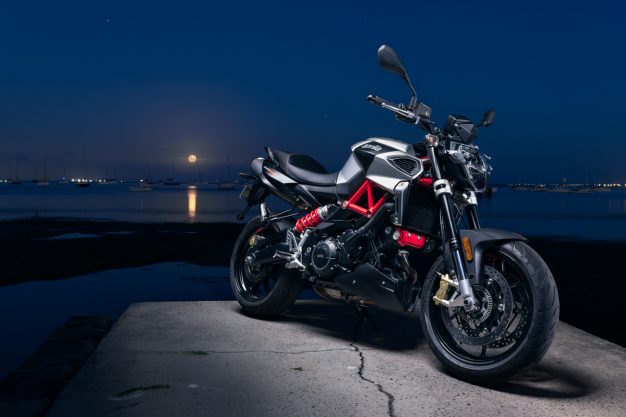 The Shiver uses a 90-degree v-twin engine, which is now Euro4 compliant, and although it’s like the outgoing 750 in many aspects, there’s enough change to make a big difference. Friction has been targeted with new modified pistons that are slipperier being added, but the major work has been carried out with the cases. They’ve been modified to improve the oil lubrication and cooling systems and they also now sport a new semi-dry crankcase oil distribution, which helps to keep the engine cool.

Aprilia claims that the new three-way power map system is a soul changer and with a touch of the starter button (whilst running) the rider can toggle between the maps and completely change its feel. Sport is the most aggressive, giving the rider plenty to think about when twisting the throttle, while Touring is much more rider-friendly. There’s also a Rain map, which softens the throttle response right down, making the Shiver feel very safe to ride in wet conditions.

A traction control system is fitted and uses the same high quality software as the Tuono, just with different settings to suit this bike. The traction worked great on the road and, as it’s designed to control a beast with a 100 more horsepower, it has no problem at keeping things on the straight and narrow with the 95 horsepower of the Shiver. 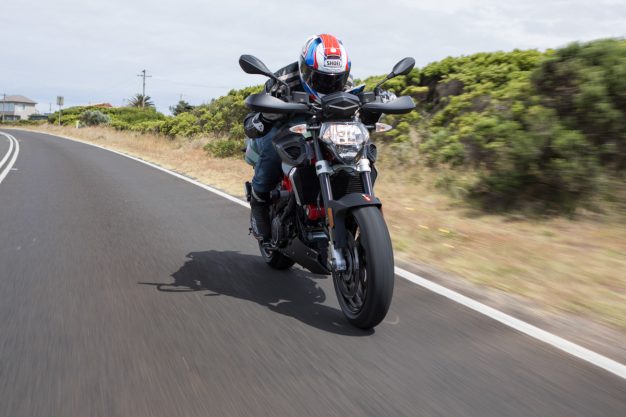 It’s a comfortable bike to ride with a tallish seating position, giving it an open feel and, although we didn’t do much traffic running, I think that this bike would be just the ticket around town. Its mirrors work perfectly with great vision and being upright gives a general all-round awareness, so when you add the slimness of the v-twin power-plant to that, it ticks all the boxes.

There’s a new suspension package this year too, with a linkless rear Sachs shock mated to a new-styled Kayaba front fork. They are obviously built to keep the price down, but nevertheless worked well on all but the biggest bumps we encountered on our journey.

There’s even a spanner under the seat to adjust the rear shock pre-load, which is a handy thing to have if picking up a passenger or adding a load out on the road. I left the rear on the standard setting, but decreased the pre-load on the front to make it turn better and give a more comfortable ride at the same time. 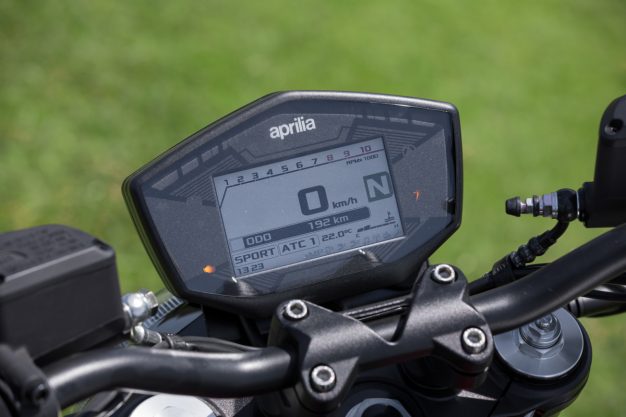 The brakes were also top notch with new 320mm discs mounted up front, giving me plenty of stopping power when needed and coupled to them is an ABS two-channel system. Even with spirited riding, the ABS didn’t activate prematurely, which is to be expected in modern times.

We spent 450kms in the saddle and I must say that my bottom was quite okay, helping to make the ride enjoyable. There’s not much to complain about really, with perhaps my only gripe being a lack of a fuel gauge. There’s a warning light that comes on when there are three litres of fuel left in the tank and a kilometre count that starts when the fuel light comes on, giving you at least the range covered since the light came on to keep an eye on though.

In summary, I rode a bike that costs $7000 less than its Tuono brother. I had a dose of good fun, probably as much as the Tuono owner and managed to keep him in my sights. The Shiver handled the real-world conditions we subjected it to with ease. It’s a competitively-priced v-twin with the latest fly-by-wire technology, snazzy looks, good torque and well thought-out layout.

The real challenge will be when it comes to getting bums on seats though, as it’s a relatively unknown package. Regardless, head down to your Aprilia dealer and try get a ride on one and – just like me – maybe your mini love story will begin too. At $15,190, it’s good value and a vastly enjoyable bike to ride. 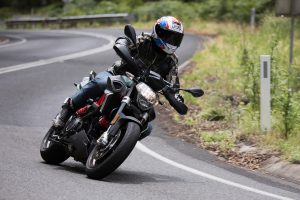 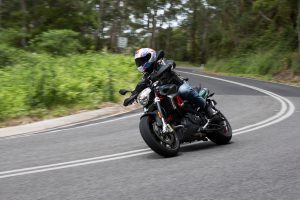 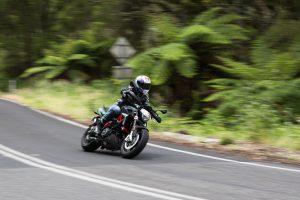 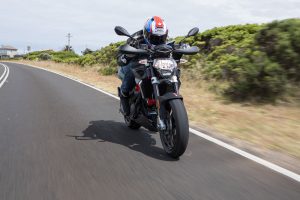 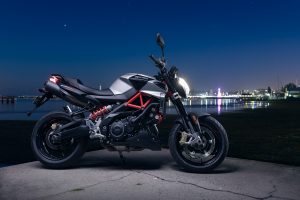 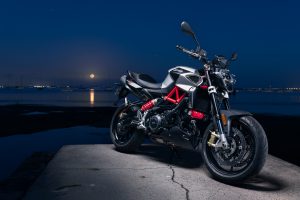 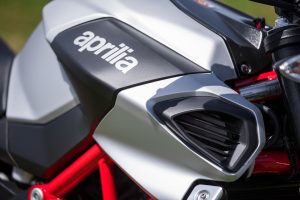 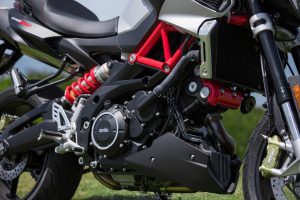 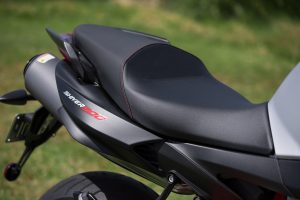 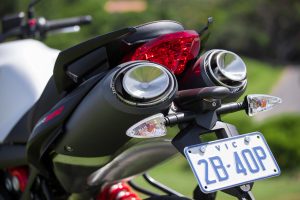 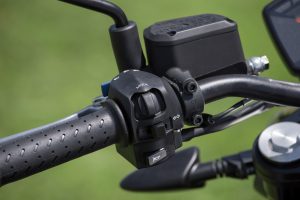 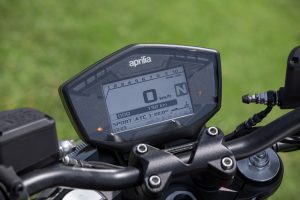 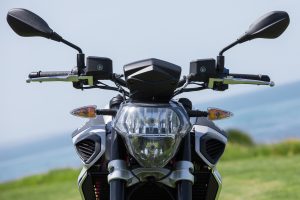 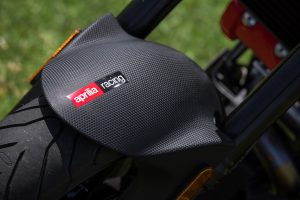 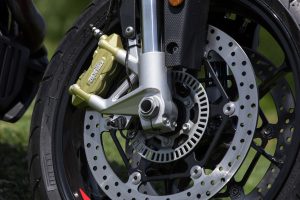 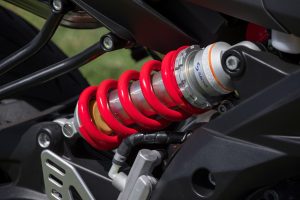 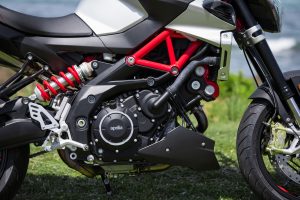 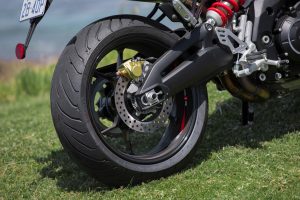