They say big things come in small packages and that’s certainly the case with the brand new for 2018 Suzuki GSX-R 125. Suzuki is being proactive by testing the water with this little machine in a bike it hopes will steal some sales away from its rivals that have delved into this emerging market. If success is born from history, the new R should be a winner straight out of the box. Not on the race track however, but more likely by excelling in other areas like cafe-hopping and inner-city travels. The baby R can do the country speed limit if needed, broadening the scope for prospective buyers and allowing comfortable intercity commuting at a pinch. 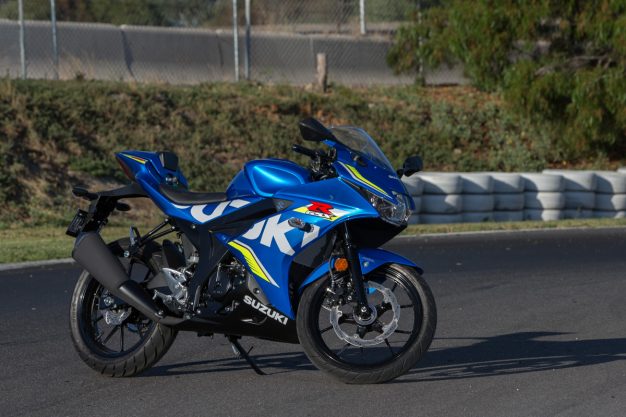 Where we rode:
Perfect weather, sunshine and warmth greeted us for the launch of Suzuki’s latest GSX-R and, in typical R style, we were at a track. Not Phillip Island, Monza or Laguna Seca though, because this R needed a venue well-smaller. Conveniently, as it’s just around the corner from Suzuki HQ, the Westgate kart track located on Todd Road was the destination where we would get our first sampling. On hand to help with questions demonstrations and demoralisation on the track was last year’s and current national Superbike champion Josh Waters, so we were all interested to get the master’s opinion on the tight track. 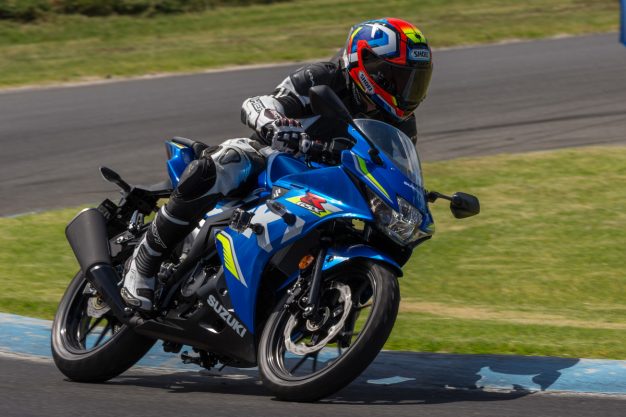 Tech features:
From the onset, the GSX-R is a totally new machine and not a rehashed model from a bygone era. The design team did their homework well, making sure that the finished bike ticked all the right boxes. The first thing that Suzuki made sure of was that this 125 was a silhouette of its bigger brothers, the 600, 750 and the 1000s. They knew that if it was possible to replicate similar lines they would have one of the sexiest 125s on the market and they did a great job, because at a glance, the 125 could almost pass for one of its siblings. More than just its looks are new for 2018 though, with lots of features you can find on the other GSX-Rs crossing over on to this model. A lightweight two-channel ABS system is fitted as standard and that in itself is unique – the only bike in class with that system. A new liquid-cooled, four-stroke engine was developed to modern design parameters, using its water cooling to not only keep tolerances close, but noise down. The LCD dash is tucked in nicely behind the neat screen and the good news for the tech buffs is that there are some good parameters to play with. Tacho and speedo are the norm, but there’s a fuel gauge, consumption in litres per hundred and kilometres per litre available to look at, trip metres, gear indicator and a rev light, which comes on when you get near the redline – all pretty professional. LED lights illuminate the path ahead at night and a really funky keyless operating system lets the owner keep his or her keys in their pocket while on the road. The final two bits of bling that one wouldn’t expect to find on a 125 are classy and cool… A hugger over the back wheel is standard, but the one I like is the front wave disc, which mounts straight to the alloy 17-inch rim. 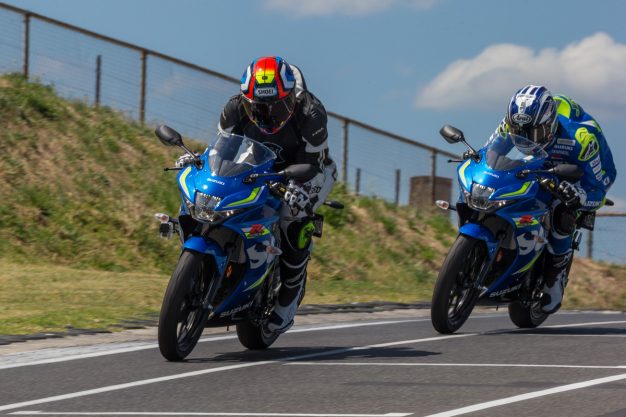 Motor characteristics:
It’s amazing how much punch you can get out of such an under-stressed motor. Designed for the world market and built in Jakarta, Indonesia, means that this bike’s engine has to be tough to withstand the rigors of neglect a machine like this will receive in the care-free Asian market. That’s good news for us though, because reliability is definitely one of the GSX-R’s strong points. Its smooth power delivery makes it easy to control and pottering around town with ease. There’s not a lot of torque as one would expect from a 125, meaning if you need to get up and go you must start dancing on the six-speed gearbox to get the revs up. The 124.4cc engine pumps out 11kW (15hp), which doesn’t sound like a lot, but it’s more than enough for everyday life, while at the same time being docile and ideal for learners. The revs do climb quickly though as its quite short stroke at 41.2mm would suggest and revs it did get on the race-track. The gearbox is positive and stood up to the circuit abuse that I threw at it lap after lap around the bends of Westgate. Fuel economy is also great thanks to the advanced fuel-injection system, which uses throttle input and a bevy of sensors to interpret the rider’s input just like the big bikes. I was using three litres per 100, even while riding flat-chat on the track. 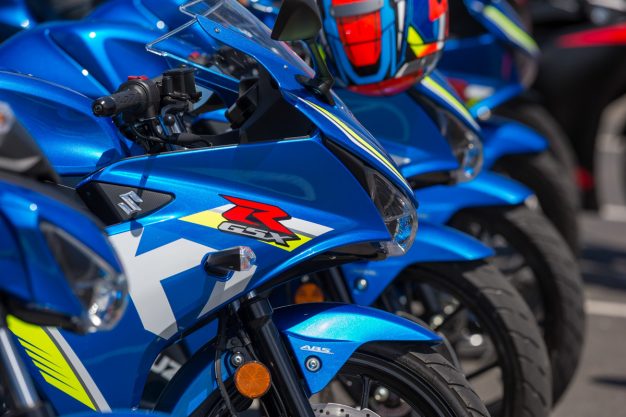 Chassis feedback:
The Suzuki is small, as a 125 should be. It’s sized to suit smaller riders, but even guys my size (175cm tall) and bigger fitted onto the GSX-R without a problem. The low seat height makes manoeuvring it around in the parking lot one of the easiest bikes out there, plus the overall weight has a bearing on that too, with a very low 134Kg making it easy to balance even with a bit of lean standing still – it doesn’t feel like it wants to fall over. Get rolling and the balance is incredible, as I felt I needed no speed at all to keep my feet up, but where we were, speed was the order of the day. Once the GSX-R125 built up its head of speed and got rolling, it was amazing how well-balanced the bike is straight out of the box. It really didn’t put a foot wrong, turning on a dime and braking nice and straight. The brakes worked extremely well for a single disc up front and only in extreme braking did I have a little amount of fade. That was after about 20-consecutive laps of the circuit and I guess that sums it up. The fact that I wanted to do that many laps non-stop was because I was having a ball. Keeping the front wheel down is never going to be an issue due to the limited amount of power on tap, but that doesn’t mean you can’t have fun. The standard Dunlop hoops were good enough to get my knees scraping left and right, giving a good deal of confidence to me whether I was flicking from left to right or just driving out of a turn. It’s a nimble, impressive ride that you’ll be sure to enjoy. 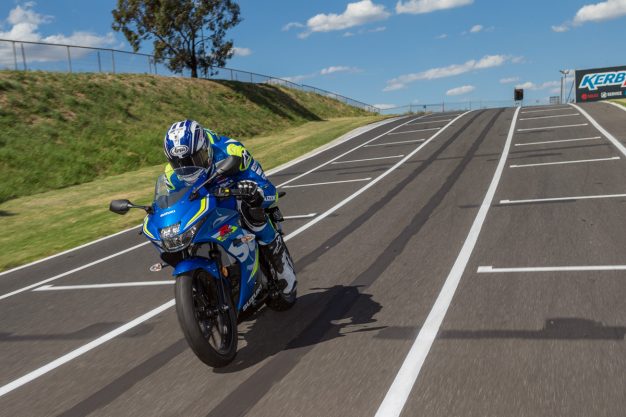 Final thoughts:
Until recently the 125 class in Australia had been forgotten. Honda’s Grom started a returning trend and reignited Australia’s love of the four stroke 125s and, although it’s no powerhouse, none of the bikes in class are. Why buy one then? Cheap rego, they’re lightweight, easy to manoeuvre, have a low seat height and are sexy to boot. If this Suzuki achieves half the stardom of its bigger brothers it will be a great success for the Hamamatsu band. Arriving in April at an introductory price of $3990, the 2018 Suzuki GSX-R125 is competitively priced and should be in high demand. Oh, and Josh loved it and is already putting his name down on one! 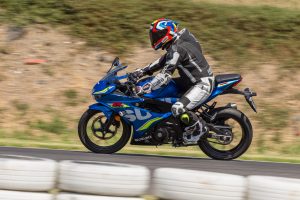 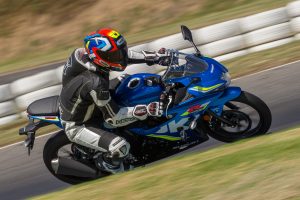 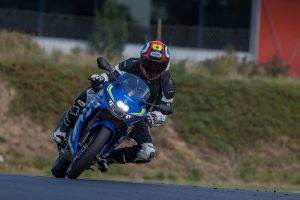 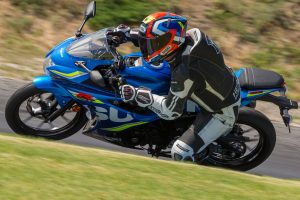 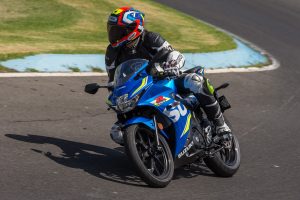 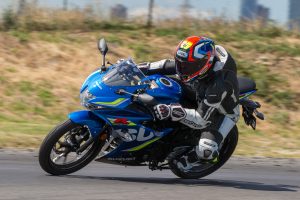 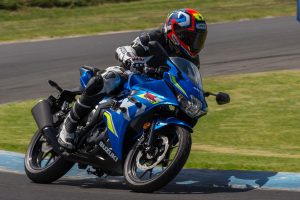 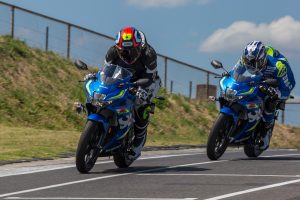 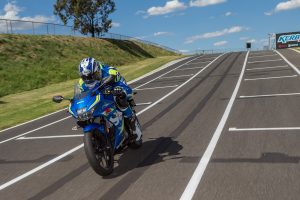 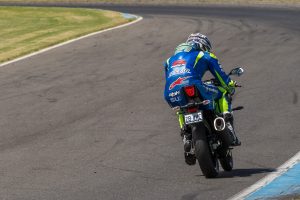 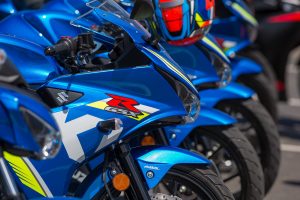 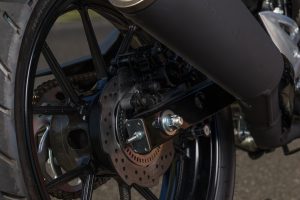 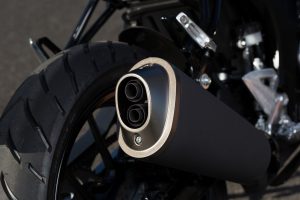 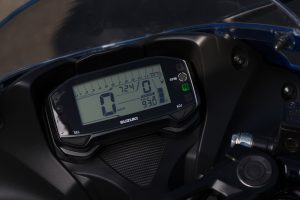 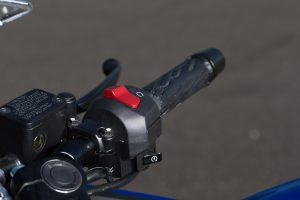 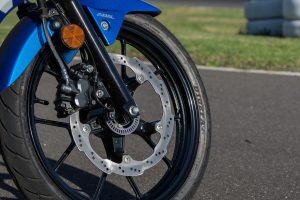 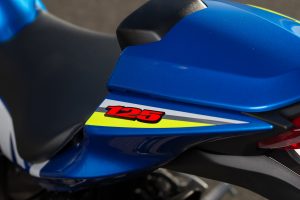 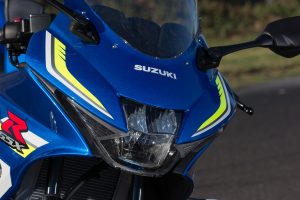 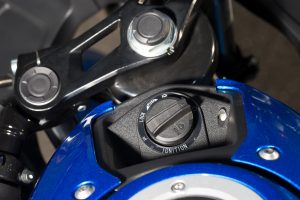 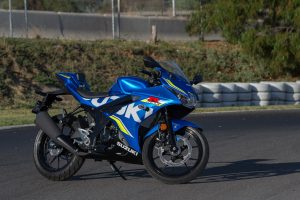