Staring and Toparis on their ASBK class round wins at Phillip Island.

It was a debut win for Bryan Staring with Kawasaki BCperformance at Phillip Island’s opening round of the 2018 Australian Superbike Championship. On-board the Ninja ZX-10R for this season, the 2010 champion – who departed for Europe directly following until last year – should be a true title threat once again. CycleOnline.com.au tracked him down, as well as Supersport winner Tom Toparis (Cube Racing) post-race for this Race Recap. 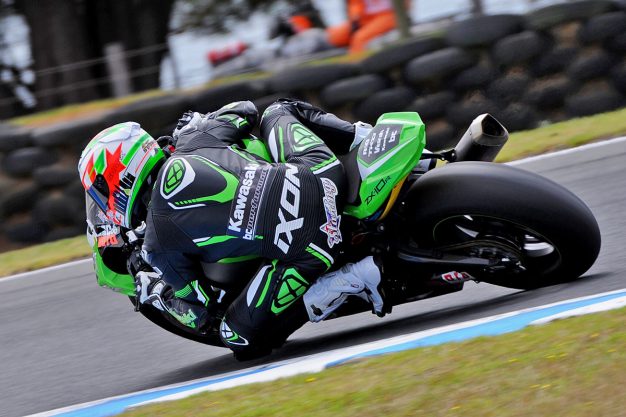 Bryan Staring, race three winner and the overall round winner for the first time with the Kawasaki BCperformance. You must be really happy with that result?

I’m really happy, mostly just feel relief and satisfaction to get a win after so many years. I haven’t won anything since 2012 and I haven’t won an Australian Superbike race since 2010, so it’s been fantastic for me. I can’t thank the team enough, Kawasaki BCperformance have given me a ZX-10R, which is so lightning fast, that I really had no excuse not to win, so that was incredible. It really has been an amazing weekend for us. We didn’t think that was going to be possible after Friday’s qualifying that we had.

No, I had no idea really. To be honest, I didn’t know if I was going to be capable of winning the race either. I didn’t know what Josh [Waters] had up his sleeve – I expected him to attack me on the last lap. However, I tried to make the fastest and best laps as I could and just kept my head down. I knew with the pace that the bike has got, he wouldn’t have had been able to have a crack at me. That was my plan. To get the overall win, but is a bonus really.

I know at the end of last year, you were here post-race and you were not really sure of what your future held. So, back here now, on a Kawasaki, on Dunlop tyres, it just seemed to all coming together and click.

Yeah, it’s all gelled. No one could have predicted that we would win the opening round of the year. It’s even a surprise for us. After the test, which went quite positively a few weeks ago, we all knew that we were in with a very, very good chance. I feel like now that the real work will start, when we get away from Phillip Island, as it’s always been a strong circuit for me. We are now going to get away from a circuit where we can take so much advantage from our motorbike being so fast and I think the real work will start from here on in. I’m just so glad that we were able to take advantage of the race bike that we had today. 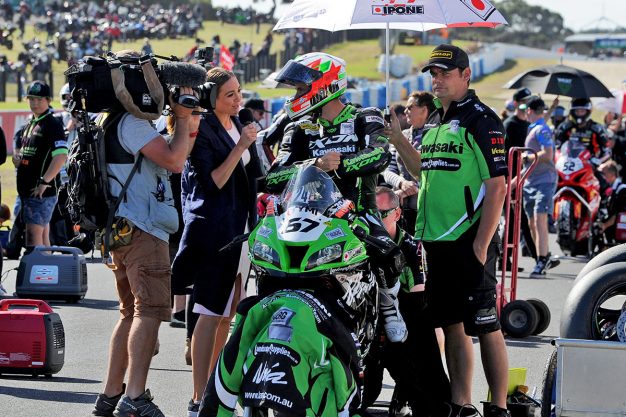 Obviously the WorldSBK paddock is something you are familiar with, so it must be satisfying to get this result in front of those familiar faces.

Definitely. When I left the WorldSBK paddock a few years ago, I left with my tail between my legs and chin on my chest, so I’m glad I have turned my life around really, not just the racing side of it. So for sure, this round win is quite satisfying for me.

No worries, well thank you mate and congratulations.

Yeah, thank you appreciate it. 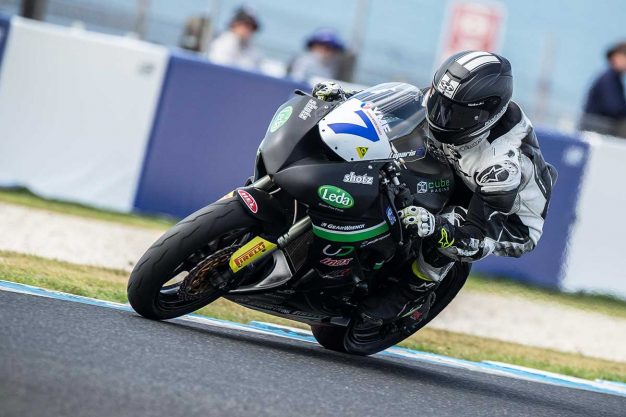 A clean-sweep in the Australian Supersport and you also managed to get into the points in the World Supersport, well done.

Yeah, for sure. Tonight, a week ago we got here to Phillip Island and we have pretty much been living out of here. If you saw this place about half an hour ago it looked pretty bad. Anyway, it was a massive week and a lot of effort went into it by Ben [Henry], who of course built my motor, my mechanic Marty [Dowd], Riki Lanyon, who have been here all week slaving away – especially after I crashed during pre-season testing. As I said, it was such a big effort and to get into the points, which was goal the whole time, which is all you can really expect and a new PB, a 1m35.0s.

Did you get a buzz in the WorldSSP race, going on to finish 15th after a strong performance?

The World Supersport Championship side of it was good, as I learned so much riding with the best riders in the world and in the race it was good fun. It was so breezy and I just got to battle with a few of the guys that you watch on TV every weekend, which was cool. It’s just so exciting, for me and also for the team as it really opens your eyes up. It’s cool to do things like this.

To win all three races in the ASBK opener, it couldn’t have gone any better.

Yeah, thanks to the team for such a good weekend and also in the Aussie stuff. We knew we were going to be pretty fast and we also thought Cru [Halliday] was good to go after the test, where he went really well. The team and I are happy to get the three wins and maximum points. Heading into Wakefield Park, I was saying before, this time last year I left Phillip Island with 22 points and this year I leave with 75 points, so it’s just a big weekend, points-wise.

Next up is your home round in Goulburn. What’s the approach heading into there?

Heading to Wakefield, my home track, we’ll get there and go testing, because obviously it’s going to be a lot harder than what this weekend was. The likes of Cru, Damon [Rees] will be very fast there and on top of that, it will possibly rain there as well, just to let everyone know [laughs]. I’m looking forward to getting to Wakefield and try and keep the wins going.