Herfoss and Halliday reflect on their overall victories from the second round.

Multi-time Australian champion Troy Herfoss secured his first overall victory of the season at the weekend’s second round of the Yamaha Motor Finance Australian Superbike Championship (ASBK) hosted by Wakefield Park, marking his first win under the newly-formed Penrite Honda Racing outfit. CycleOnline.com.au tracked him down post-race, along with Supersport victor Cru Halliday (Yamaha Racing Team), to gather their thoughts on the weekend’s racing. 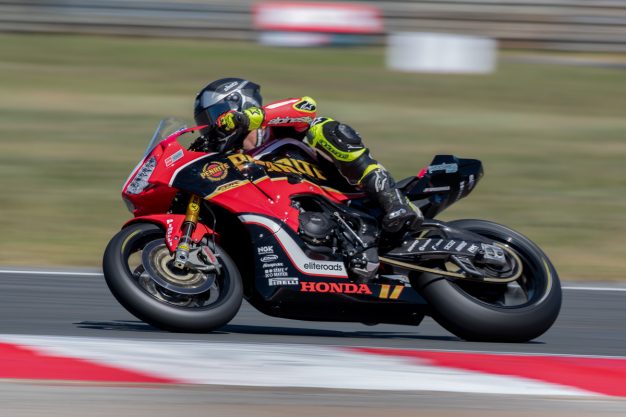 An awesome weekend for you, you got another overall victory here at Wakefield Park – the races were pretty hard-fought and the conditions were difficult, but yeah, it’s a really good result.

Yeah it was, and it’s been different to previous years – we’ve always been really strong speed-wise here, but at the start of the weekend, Wayne [Maxwell] was just flying and we didn’t have much to answer for him on Friday. At the end of that second qualifying session, I was able to get a lap in that was good enough to put on pole position, but it was still touch and go for the race. Shortly after the race started I realised we had good pace and could take the fight to him, but he just rode a really good race in the first one and pipped me by 0.031s and stopped me from getting a perfect weekend. Race two was great, I put my head down once I got past and put some good clean laps in. It’s an incredible feeling being able to break guys like Wayne and Josh [Waters] and have a pretty solid victory there.

With what happened after qualifying, did that add to the motivation on race day or even make it more special once you did get the result you were looking for?

Yeah, it definitely gets you fired up, but I’m already really motivated at the moment and I’m really focussed on getting the best out of myself. I’m at home thinking about racing all the time – I don’t know what’s going on – I really feel like I can win this championship if I can be smart and make the right decision.

It seems like yourself and the team are taking a calculated approach, obviously it is a new team but also new components like K-Tech Suspension and that sort of thing. But as a unit, you’re working together and always looking to extract the most out of the package.

We are for sure, we’re sort of over that Friday get a fast lap and qualifying thing – it’s one point – we know we’re fast when we need to be, and these races as we found out last year, you can be two tenths faster than everyone in qualifying, but that doesn’t mean anything with 10 laps to go and your tyres going off, does it? This year we’re focused on being strong all race long, and we’re actually the strongest bike on the track, maybe even in both races at the end of the race. I’m looking forward to what’s ahead. 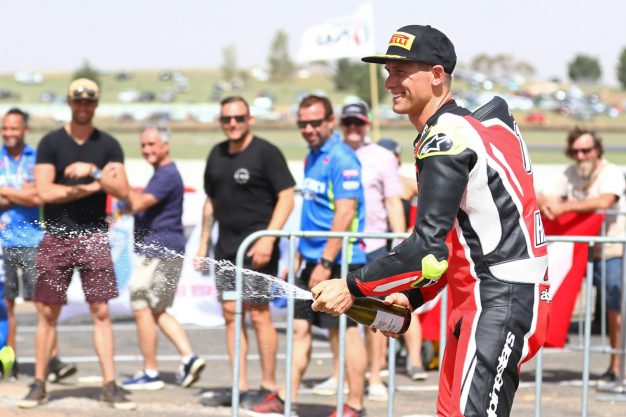 In terms of the races here, it seems to be one where any mistake could cause a DNF, but you three guys at the front are pushing really hard. How do you find that balance between pushing to the point where you can win and can control the race, but not go over that edge around here?

Yeah, I agree with you – it’s one of those tracks. Even though we’re on the same tyre, I think that’s why we qualify so much faster than we race, because it’s just so risky. A 57.2s here yesterday, that was maximum risk and every corner I was on the limit – you won’t get away with that for 20 laps. It’s about choosing your time, and that’s what I mean about practice and qualifying, it’s about minimising the risk as the weekend goes on. Today, I was taking a few deep breaths as I was following Josh and Wayne and just settled in, and then that last sort six or seven laps, I’d up the risk level, hit those bumps and try to skate around the track a bit faster. It’s just so crucial to hit every apex at this track – it feel like if you miss an apex, it just costs you so much. It’s definitely a hard track, and I love it. Today was one of the most physical races I’ve ever had with the wind, I’d even say fitness is what made that race.

Yeah, I think I got to the front I saw a couple of 58s and I thought surely this is going to break him, and if doesn’t, we’re going to have a fight on our hands, but I managed to get a gap on Wayne, so that was really cool. 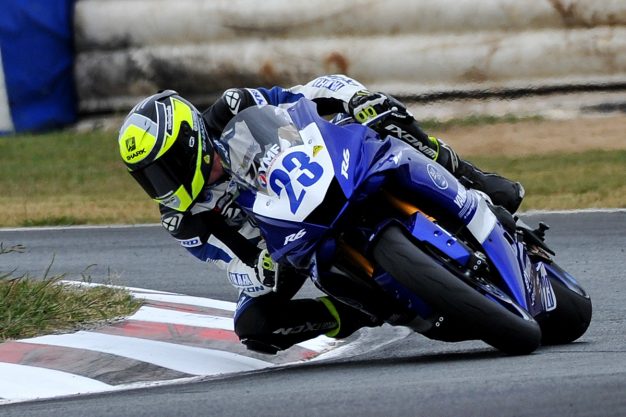 Pole and two wins this weekend, it’s a really good result and it must be satisfying to come out, make that next step on the Supersport bike and get the result you’re looking for.

Yeah, I said to Chuck at the start of the weekend that we need to come here and get pole and two race wins, and we’ve done exactly what we set out to do. I’m really happy, it was a bit of an arse – Tommy is riding really good – but I needed to claw back points. That third race in round one really hurt us, but yeah, it’s just great to clean-sweep a weekend for once. The bike was working flawlessly, the guys worked hard all weekend to get it to where I wanted it. Hats off to them and roll on Tailem Bend.

Obviously you were on the Superbike for a number of years where you led races and won races, but you’re on the Supersport bike, what’s it like to go in as the rider expected to win? It must be a different feeling, and you’ve had minimal time on the R6, but still have the expectation.

I knew the expectation was going to be there, I won a Superbike race last year and I was up at the pointy end of the field for most of the year, so I know the pressure’s going to be there. I just need to enjoy it, I’m not going to put that much pressure on myself to meet the standards, I’m just going out there to have fun and hopefully those results meet up with the expectations. It’s exactly what I’m doing, I just need to tackle one round at a time. It has reinvented my riding, which I like, and it is a bit of a different story where you’re coming to the track and not racing the big guys, but there’s still some serious talent in the Supersport class and I definitely have my hands full this year. Next year anything is possible and hopefully I can be back up in the Superbike class and transfer what I’ve learned from this year. 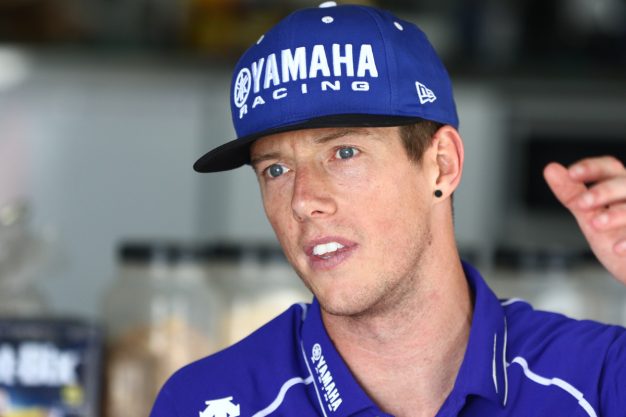 Toparis is one of the top young riders and we know what capable, but at the same time there are a few rookies and young guys coming through. In some ways a rider of your status could potentially elevate that class and really show what’s capable.

Yeah it’s good, you have kids like Broc Pearson and a couple of other young fellas out there. I’m on the factory bike, so that’s what they have to come out and beat. I know when I was a privateer, we always wanted to beat the factory guys, and to yourself, it’s like you have to beat them to get the factory ride. But in saying that, I’ve got to hold my own ground, I’m not going to be gentle on them, I’m still going to be aggressive and hold my part and put the factory Yamaha bike on the top spot. It is good for 600 class, I notice there are a few more guys out at the pit wall looking now. I think having a factory team back in the Supersport class has raised the awareness of the good racing, and hopefully some other factory teams jump on the 600 bandwagon and get it back to what it used to be.

What was the mindset there in the two races today? Obviously in that second one, I think Toparis made an early move and led a few laps, were you just feeling it out as the conditions were pretty tough?

Seeing Tommy go up the inside of me, I wasn’t going to fight him straightaway for it, I just wanted to sit behind him and see where he was weak and where he was strong. After I worked that out, I made my move when he made a mistake. I capitalised on that and knew I could break him, so I did, which good so I could open my lines back up. But with that said, in the back of my mind was the wind, sand and dirt that was going across the track. I’m pretty sure when I got a gap of three seconds, I said to myself ‘just stay on it, just stay on it’. Unfortunately we ended up with a red flag, but I’m happy to get the result for everyone and the team.