Racer comments from Wakefield Park's second round of the year.

A selection of riders detail their day at Wakefield Park’s second round of the 2018 Yamaha Motor Finance Australian Superbike Championship (ASBK) presented by Motul Pirelli. Team and privateer competitors can submit comments to [email protected] by Wednesday following events for inclusion in the post-event Quotebook feature. 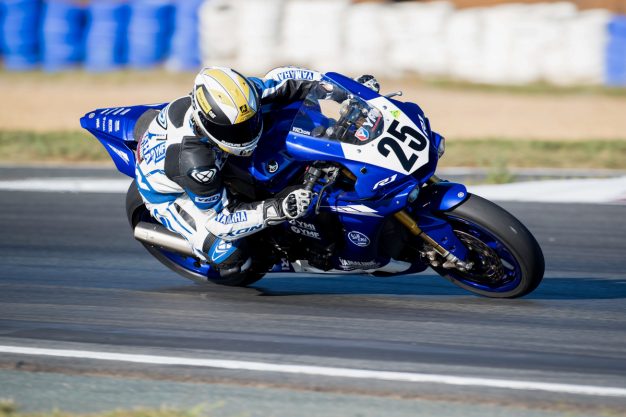 Troy Bayliss (DesmoSport Ducati) – Fifth overall :
In the end I’m happy to come away from the weekend like we did. In qualifying we went backwards a little bit compared to Friday afternoon, but anyway the races were good and I was strong off the starts, which was good. It was pretty consistent, but we are having some problems with the rear of the bike still on the exit of the turns – basically it’s a bit loose and a handful to ride around a place like this. In general I’m happy though, satisfied with my fitness because this is such a physical track and it was difficult conditions that we raced in. I thought we would have been a bit better, but we’ll move on, keep on working away and aim to improve for the next one.

Wayne Maxwell (Yamaha Racing Team) – Second overall:
It was a very positive weekend for me and the YRT team at a track where I have been a little up and down in the past. This year I’m chasing more consistency and it was important I get the train back on the track after Phillip Island. While I didn’t win the round, I feel confident leaving here and know we are back in the championship and there are a lot of tracks to come that suit the bike and myself so I know I can improve on my third place in the standings in the rounds ahead.

Daniel Falzon (Yamaha Racing Team) – Fourth overall:
I really enjoyed racing with Troy as he has so much experience but he was so hard to pass. The time it took for me to get past him just allowed the front three to get a small gap that was really difficult to close down as they were riding so well. It was a good weekend and I did my best in both races. The bike was working well and the team was awesome but it just highlighted the need for a good qualifying lap and then a good start as the level of competition is so close this year.

Troy Herfoss (Penrite Honda Racing) – First overall:
I’m really happy to be here in Goulburn and to be able to win this weekend at Wakefield Park again. We managed to put in a strong lap for qualifying to get pole and then unfortunately I lost race one by 0.031s, but I got it done in race two for the overall. It was good to put some clean, fast laps in considering the conditions and it was an incredible feeling to be able to put my head down and break the guys in race two. I really feel like I can win this championship if we can be smart and make the right decisions, so today was a good step in the direction we’re aiming for.

Josh Waters (Team Suzuki Ecstar) – Third overall:
Last year in the wet was the first time I’d ridden a Superbike at Wakefield so we don’t have a lot data, but coming into the weekend after testing we were heading in the right direction, but still had some work to do. Qualifying third and being one of only four riders to go under 58 seconds showed we were on track, then finishing third in race one, I was happy with the improvements. In race two though, I managed to close the gap to Wayne [Maxwell] and Troy [Herfoss], walking away with some more confidence and some critical championship points.

Mark Chiodo (Suzuki ECSTAR Australia) – 18th overall:
It was a really difficult round for me after the test here last week went reasonably well, so I thought that this weekend may have gone a bit differently. My crash on Friday meant we lost some critical track time putting me back in 18th place on the grid for both races. Another crash in the first race put me on the sidelines while in race 2 I just wanted to finish and move on to Tailem Bend. I’m going to forget about this round and put all my focus on the new track at the next round.

Bryan Staring (Kawasaki BCperformance) – 14th overall:
Race one was okay to finish in fifth, but crashing out of race two was a disaster for my championship. It was just a disappointing way to finish the round and everything seemed to be a bit of a challenge this weekend. Anyway, it was my mistake when I went off the track and I couldn’t restart the bike, so that was it. By no means are we out of it, right now it’s still early in the championship and we have some tracks coming up that I imagine will be well-suited to myself and the Ninja ZX-10R. Winning is definitely still the target and we’re confident that we can bounce back in the rounds to come, so a big thanks to the team for their efforts all weekend.

Kyle Buckley (Kawasaki BCperformance) – 10th overall:
It was good to start the weekend strongly here at Wakefield Park and then by Sunday afternoon, to be in the top 10 was a really strong result. I didn’t expect this following Phillip Island, so I’m just really happy and am getting my confidence back again. Now I really look forward to Tailem Bend and I’m excited for more laps.

Matt Walters (Swann Insurance Kawasaki) – 11th overall:
It was a positive weekend for us and I was able to lower my lap-time considerably since the test that we did there. We got the bike handling really well and the team did a great job to repair it after a crash in qualifying one, so I ended up qualifying 10th. In the first race I had an off-track excursion, which was a bit disappointing, but I rejoined and scored valuable points. In the second one it was pretty much the same, as I’d moved into eighth position and with about two laps to go I ran off into the last corner – overcooked it on the brakes a bit, trying to push hard and bring it home. I was able to get good points still and am still in the hunt, so it was a competitive weekend for us. We didn’t have to change too much from Phillip Island to Wakefield Park, so we have a really good setting and I’m hoping to keep this form going and will be trying my hardest to get some really good results in the coming rounds. 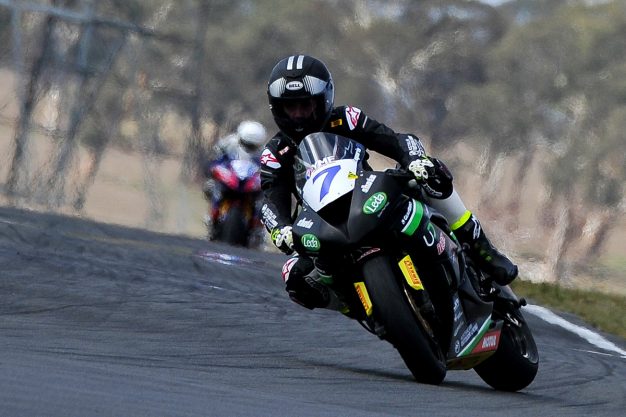 Tom Toparis (Cube Racing) – Second overall:
It was a good weekend for me and I’m still leading the championship, which is a plus. I was a lot faster in testing, but I struggled after my crash on Saturday, so we will look to build the confidence back up now. Cru [Halliday] was really strong today, but it’s good that it’s close and I’m happy not to make any mistakes in the races after what happened yesterday. 40 points in the bag at my home round was good and, although I’m a bit disappointed, it wasn’t to be this weekend and we will move on to South Australia and see what we can do.

Cru Halliday (Yamaha Racing Team) – First overall :
I can’t thank the Yamaha Racing Team enough for the efforts they have put in over the past few weeks. After Phillip Island, the boys have been hard at it and working stupid hours to get things right and they have done a sensational job. My bike was unreal all weekend and despite the wind and the weather, it was a great weekend and one that I want to repeat as often as I can this year.