Suzuki has done it again breathing life into a platform that’s almost 20 years old, not only keeping it alive, but also creating something special: the SV650X. The first SV hit the streets back in the late ’90s and was more of a commuter than a passion buy. With plenty of tweaks since those early days this 650 has morphed into a bike that not only excels in every facet of modern day expectation, but it also has the missing soul the original bike never had. This time around less means more and all at about the same price the bike was 20 years ago. 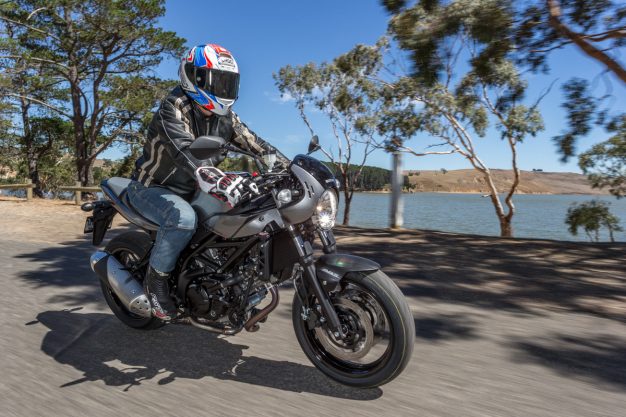 Where we rode:
The SV650X is not a racer by any means, it’s a bike that the manufacturer hopes can cope with any facet that’s thrown at it and that’s why Suzuki Australia gave us the hamburger with the lot all in one day. We started at North Melbourne’s iconic Trutrack cafe located in the inner sanctum of youth and perhaps hipster territory. Besides, if you are riding a cafe racer, there’s not a better option than here to get the ball rolling. We then headed out of the city westwards over the Westgate bridge toward Pyke’s Creek reservoir, where we would take some photos before heading north to Trentham for lunch. A quick dash in to the Macedon ranges after lunch would test the bikes handling capabilities and then back to Trutrack in the arvo to complete the loop. 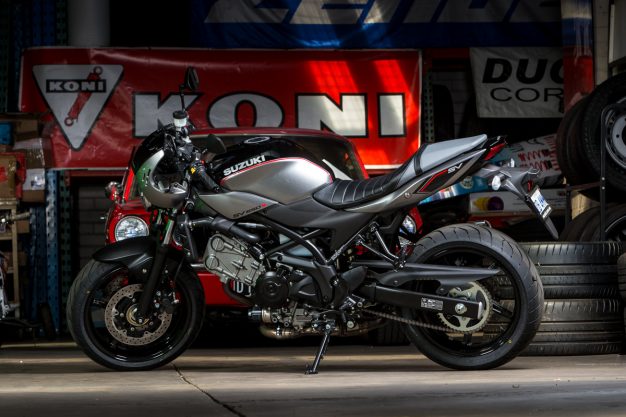 Tech features:
Although sporting the same name as the original SV650, this bike is so far away from that bike it’s not even in the same ball park. It sports more power, better handling and is cleaner running, although from the outside it doesn’t appear too high-tech. It is though, with many changes under the covers bringing a raft of technology that never existed back in the ’90s. Considering the X comes in two versions: a full power and a LAMS-approved model, it’s important to make the SV safe to ride and that’s what Suzuki has aimed at doing by adding some of the high-tech features found on its top of the range motorcycles. First and foremost is the addition of a two-channel ABS system that is one of the latest units available on the market. It’s small and it’s light, but incredibly it monitors the wheel movements at an astonishing 50 times per rotation, making quick precise decisions as to when it needs to activate and hopefully avoid disaster. Suzuki’s easy start system is also fitted, allowing just one touch to let the 650 burst in to life. There’s no need to play with the throttle or guess as to how long to hit the starter button for, as it’s all calculated automatically by the ECU. One of the nicest little features though, especially important for the less experienced among us, is the low rpm assist program that raises the revs automatically at the moment of launch. It helps to take away the need to play with the throttle at departure time making for some of the easiest starts ever. It’s barely noticeable when you are riding though, but the subtle lift in revs is all the rider needs to take the nerves out of perfect starts. 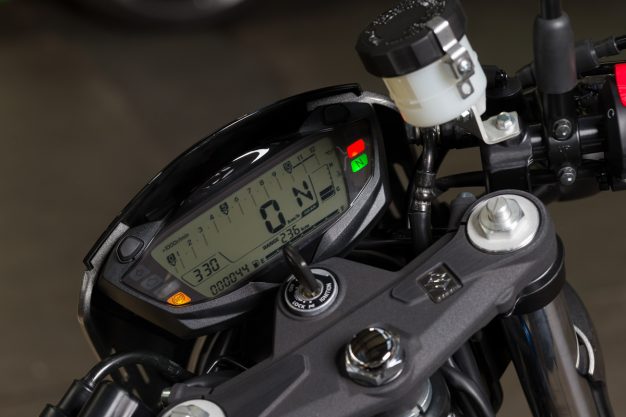 Motor characteristics:
The SV650X receives the updated motor that was released in last year’s SV650 V Strom. Its liquid-cooled, DOHC, 645cm 90-degree V-Twin engine delivers strong torque in the low-to-mid rpm and that is definitely the way it feels when you twist the throttle. It’s got a smooth grunty feel to it while at the same time being very linear and controllable. The LAMS version only makes 35kw, but even that bike has a great feel in the way it delivers its power. I enjoy riding the LAMS machines nowadays and the learner SV650X hardly feels like one until you start twisting the throttle hard. Both motors have been built to not only be controllable and easy to ride, but Suzuki has also been aware of making them too smooth. That’s right, part of the reason this bike is so enjoyable to ride is the fact that is deliberately not silky smooth but rather perfectly unbalanced. What I mean by that is that its got a specifically built in sex appeal – you can feel the motor, it reacts and just enough of that reaction is transferred to the rider to be very pleasing indeed. It was important for Suzuki to make sure that the revamped motor was Euro 4 compliant, because by doing so it would guarantee they could produce it in to the future. There are many internal changes to meet the new regulations, but there are other benefits for its owners as well. The new motor is very economical, now using as little as 3.9L/100km and when that’s added to the 14.5-litre tank, 300-kilometer-plus trips should be viable before fuel needs to be added. Keeping weight down has been a consideration too, so it’s good to see that a small catalytic converter has been integrated into the internals of the pipe, rather than tacked on like has been the case in the past. 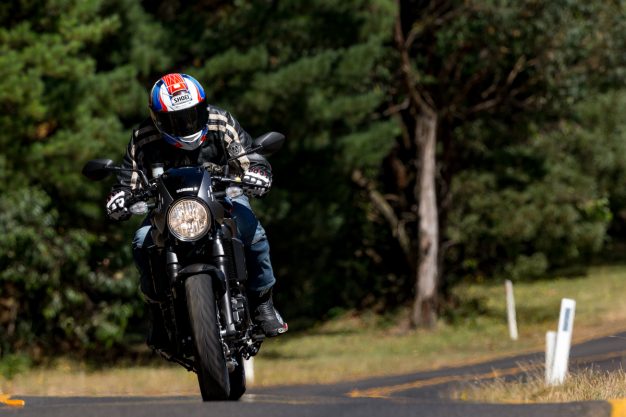 Chassis feedback:
The SV650X is a very good looking motorcycle. It’s minimalistic and at the same time tech savvy, and those two factors added together make for a very pleasing bike to whittle away the kilometres. This bike is probably designed to nip from coffee stop to coffee stop, but it’s a bike capable of much more than that. Riding out through the traffic from the Trutrack Cafe allowed me to get a sense of what this bike is capable of. Even though it’s got lower bars than a sit up and beg bike, its clip ons still feel comfortable to ride. The vision is quite good and once under way the weight of the bike completely disappears. The seat height is under 800mm, so reaching the ground for most is easy, making it a smart choice as not only a good looker, but a work horse too. On the freeway it was smooth, and for a bike under 10-grand, it’s very compliant. I was surprised at how plush the suspension was, and the ability to be able to change the front and rear preload depending on the personal needs of the owner is something you don’t normally get in that price bracket. The LCD speedo was easy to read and the fact that there was a fuel gauge was a major bonus. There’s nothing worse than not knowing how much fuel you have. Part of the reason of the plushness of the bike can be put down to the steel tube chassis that not only keeps the retro style look happening, but it also helps with absorption. We put the chassis to the test on our final run up to Mount Macedon where the road turned twisty, and that’s where the real fun started. The SV650X was fabulous on these back roads, holding its line well and going exactly where it was pointed. I was actually on the LAMS approved bike in the tight parts and I had a ball. It’s not a bike you would take to a race track and expect to win on, but out on a country back lane it was divine. 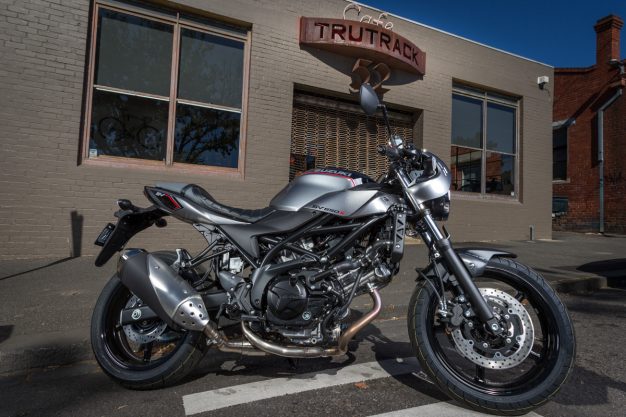 Final thoughts:
If you are in the market for a bike that looks like it’s designed to do one thing but can do it all the, SV650X is worth a look. I like the fact it’s got personality with the bullet-proof 650 engine, and with that comes Suzuki reliability. ABS as standard is good no matter how skilled you are, and coming in two versions opens the scope of this bike even more. There are also plenty of accessories available to make a nice bike nicer. The retro naked scene is growing in stature and with bikes like the SV650X on the market, it’s easy to see why. 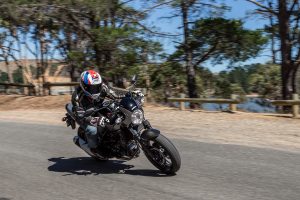 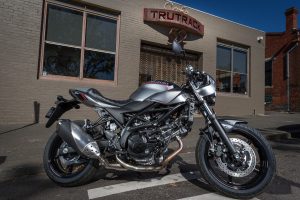 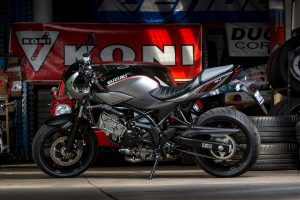 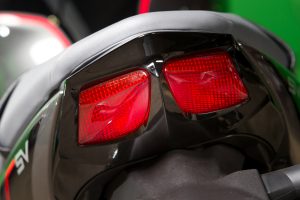 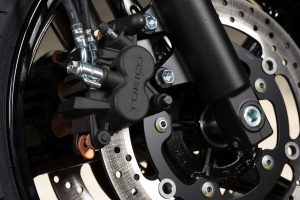 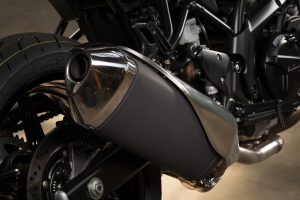 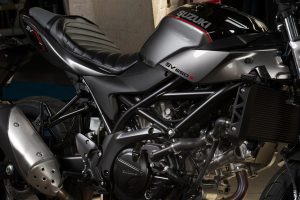 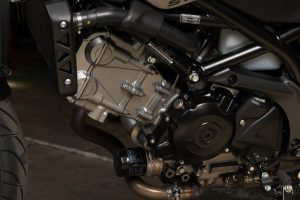 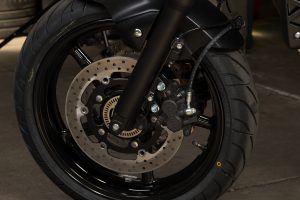 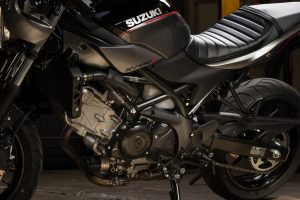 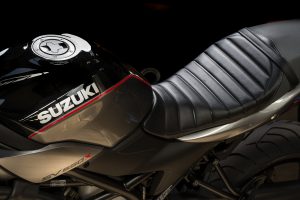 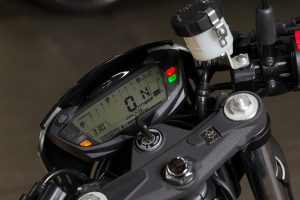 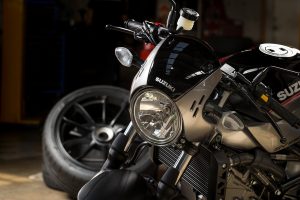 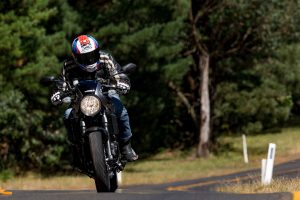 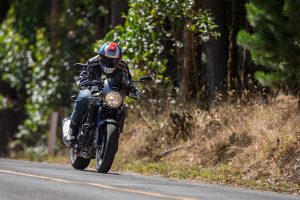 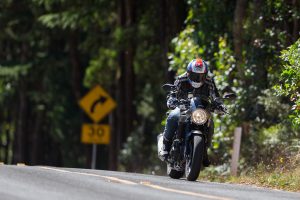 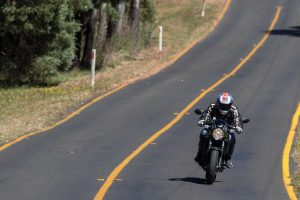 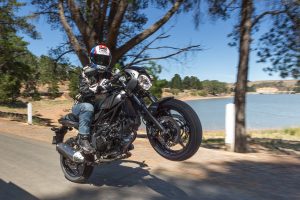