There’s been a lot of interest in Kawasaki’s brand new Ninja 400 for 2018, recently launched at Lakeside Raceway with high expectations for all kinds of reasons. I’ve been fortunate enough to have had a successful career through some of the intense stresses and limitless competition of the European racing scene, plus I’ve also been lucky enough in the nine years that I rode overseas to have thrown a leg over some pretty incredible machines, both in competitive and developmental roles. What goes on behind the scenes is another facet altogether and it’s during that phase that ultimately determines the success of a motorcycle on release. So, after an enjoyable day on track, I have no doubt that Kawasaki has not only hit the mark with its Ninja 400, but the engineers have exceeded expectations! 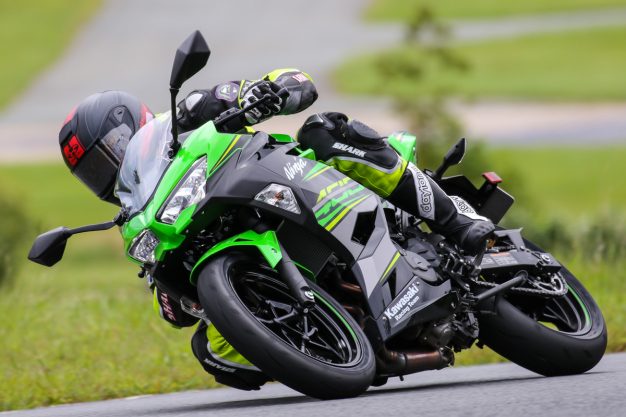 Where we rode:
Just over 15 years ago I sampled Lakeside for the first time, yet I haven’t been back since, so I was pleased to be putting the Ninja 400 through its paces on a circuit that’s ideal for the 400’s characteristics. Typically, sunny Queensland produced the goods, giving me three wet and three dry sessions to get a feel for bike. Present at the test, flown in from Japan, were the project leaders responsible for piecing this bike together from the ground up and a special guest appearance by Jonathan Rea, who we all know as three-time and current Superbike world champion. 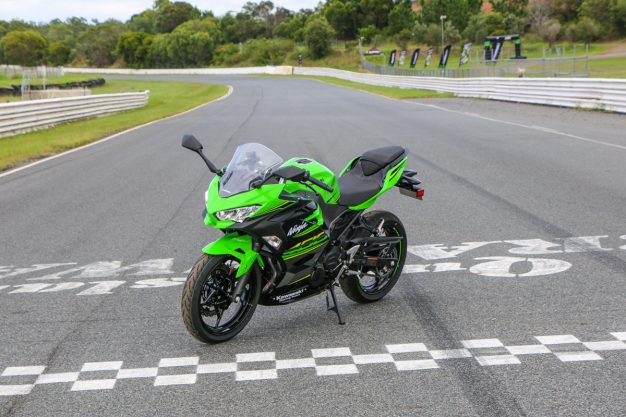 Tech features:
It’s easy to see at first glance that the 2018 Kawasaki Ninja 400 is loaded with the styling and heritage of the Ninja branding that it carries. This, coupled with LED head- and tail-lights, sharp, fully-faired bodywork and an ultra-compact cockpit, all add up to what is a very refined feel from the bike. I was pleased to see a traditional analogue rev counter and the gear indicator alongside a digital speedometer that completed the line-up as the main focal points of the dash. An interesting feature I found beneficial – especially in the Australian summer – is the cooling system, forcing vented hot air out through the sides of the fairing, reducing the heat-soak experienced by a lot of riders while sitting in traffic. The all-new Kawasaki also features assisted clutch actuation, giving the clutch an incredibly light feeling and broad engagement, which I’m sure will be especially popular with learner riders. I launched the bike from a standing start several times and found the clutch’s bite-point to be easily identified and repeatable. Finally, I was pleased that Kawasaki shod the Ninja 400 with quality Dunlop rubber that will without doubt exceed the limits of the average rider. 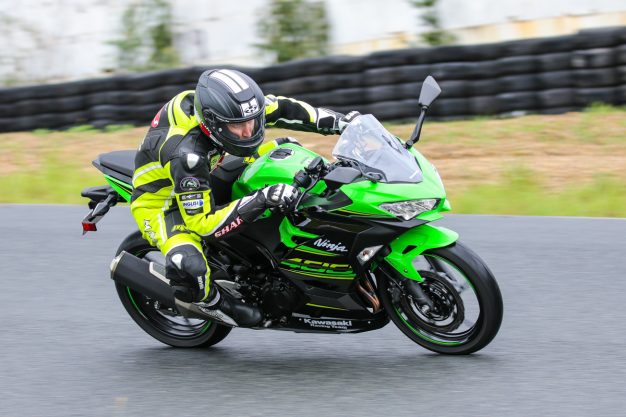 Motor characteristics:
Kawasaki’s proven and reliable parallel twin features again at the heart of the Ninja 400, yet this isn’t just a larger displacement 300 engine. The Ninja 400 has an all-new and completely redesigned power-plant with a six horsepower increase, boasting considerably more mid-range and low-end response, giving the Ninja 400 an exceptionally linear and user-friendly power-curve. In addition, the slipper-clutch and gearbox combination are notable improvements over the 300cc predecessor, enhancing its racing pedigree that’s clearly been passed down through the R&D department. This allowed for smooth up and down shifts and, most importantly, gave me a completely controllable engine braking characteristic, which virtually eliminated any compression lock-ups or rear wheel chatter. You’ll be certain to take a lot of confidence out of this package and Kawasaki can be proud of delivering that for the LAMS segment especially. 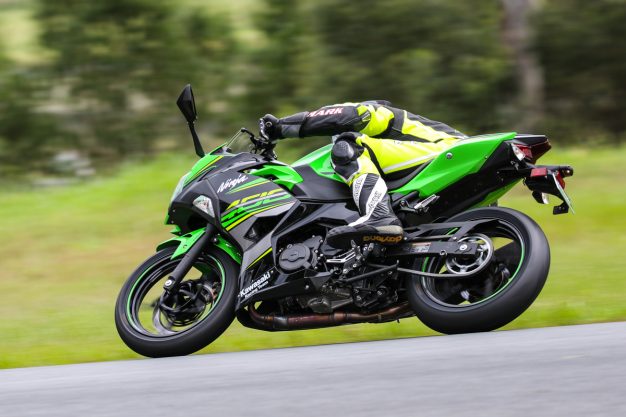 Chassis feedback:
Having mixed conditions on the race-track, from pouring rain to a completely dry track gave me plenty of time to see what the Ninja 400 had to offer and I must say, I was pleasantly surprised. I can’t remember riding a completely stock street bike on road-going OEM tyres in the pouring rain at such a pace without any concern of throwing it down the road… ever! The Ninja 400 chassis is well-balanced, doesn’t have any nasty habits and offers more than enough feedback to know when to back off. That is, again, another feature handed down from the higher-capacity market that Kawasaki produces. What I had to remember here, was that this is learner-approved motorcycle and has to come out of the factory with enough of a compromise to take its owner on a leisurely commute to work for a learner, but also be capable of giving the ‘weekend warrior’ a thrill. Of course, being a racer, I wanted everything I could get out of the bike and even though the factory suspension set-up was understandably soft, the most important thing was that it was balanced and capable of being pushed hard around the circuit environment, straight out of the box. The only chassis feature I felt was missing was the lack of suspension adjustability, because it’s certainly capable enough to warrant it, however I did remind myself that I’m riding a LAMS bike on a race-track and it was coping with the relative abuse outstandingly! The 2018 Kawasaki Ninja 400 also comes with the standard addition of ABS and, to be honest, I was sceptical of the system before the test as I have tried many ABS-equipped bikes over the years and many compromised the lever feel and actuated far too readily for no apparent reason, but I tested this feature thoroughly and found it to be rather confidence-inspiring. It actuated appropriately with heavy brake inputs, especially on wet track, and that was impressive. Plus, the fitment of a larger front brake rotor over the 300 was also a welcome improvement. You have to hand it to Kawasaki in what they have produced here. 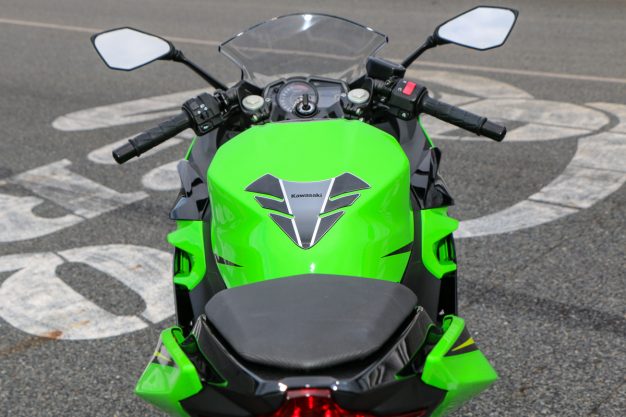 Final thoughts:
As I mentioned earlier, testing a motorcycle by pushing it as hard as possible at a track often allows any potential downfalls to rear their head quite quickly and also allow the positives to shine through. I honestly wasn’t expecting such a downright impressive experience, because in my opinion the Ninja 400 excels over the 300 in virtually every aspect. Honestly, if I had one of these to ride to work and then took the mirrors off and hit a track-day on the weekend, I would be in my element! I was so inspired by the Ninja 400 that I had a few sneaky laps timed at the end of the day and the 1m06.9s clocked in the final session by this absolute stocker speaks for itself – it certainly gets my tick of approval! I also discussed the plans for this bike to make an appearance on the racing scene in Australia and it’s something Kawasaki are looking at very seriously with racing kits on the horizon and discussions are underway for how the newest Ninja will appear on the race-track in a competitive sense. So to conclude, bang-for-buck the Ninja 400 is fantastic value and at a retail price of $7699 ride-away, it’s hard to go wrong with a bike like this. It offers far more than its price suggests and surely won’t disappoint. 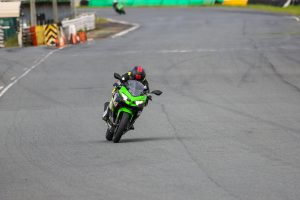 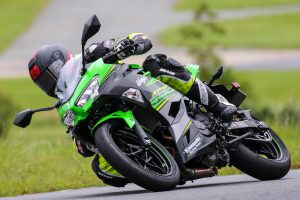 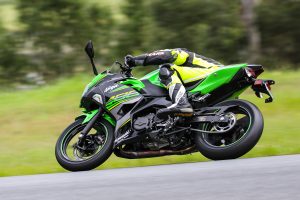 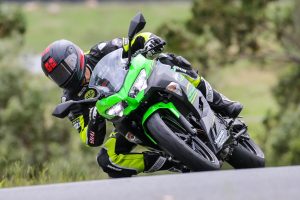 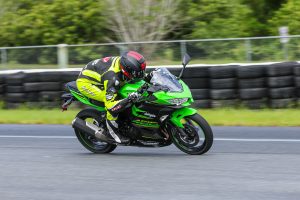 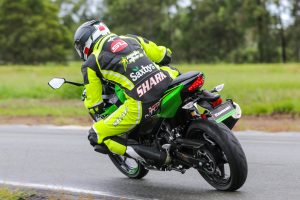 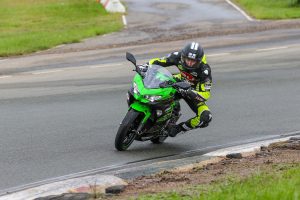 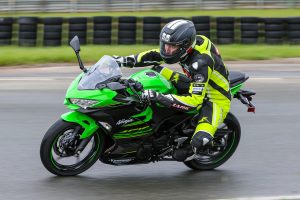 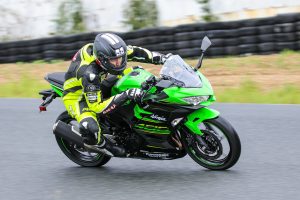 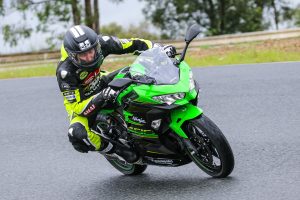 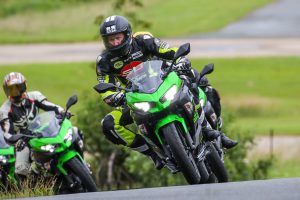 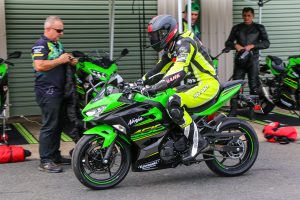 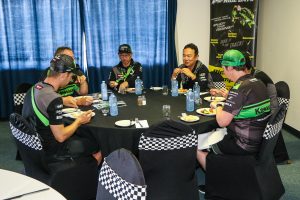 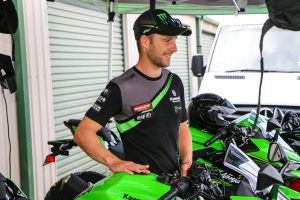 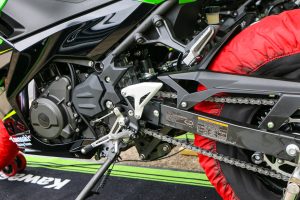 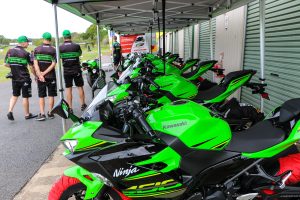 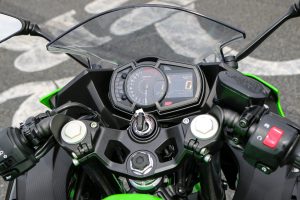 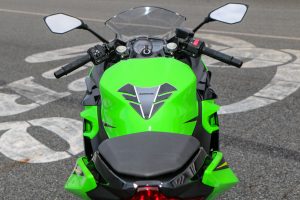 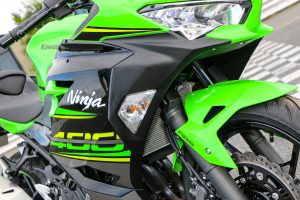 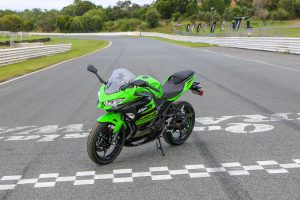 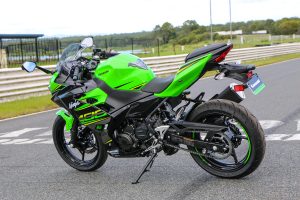