What's happening in the lead-up to race-day at the third round.

There’s always much anticipation in the lead-up to national events and for 2018, we’re introducing a fresh new Express feature to keep you up to date on the latest prior to each round. This weekend, round three of the Yamaha Motor Finance Australian Superbike Championship (ASBK) at The Bend Motorsport Park, Victoria. 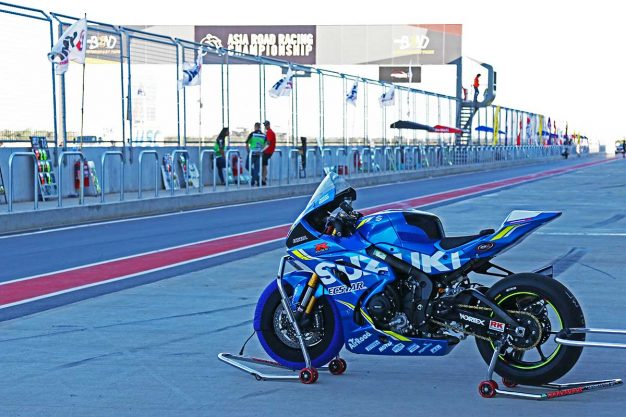 – This round was always going to be a major event on the calendar as the ASBK makes its highly-anticipated debut at Tailem Bend’s world-class motorsport precinct, constructed at a cost of around a reported $100-million. It’s still under construction in a lot of ways, however there’s no doubt that this facility is a truly special one for South Australia.

– Aside from the 4.95-kilometre International Circuit, which has proven extremely popular among the ASBK regulars, one of the more unique aspects of The Bend is the Rydges hotel situated directly above pit lane. It makes for a rare experience at a race track, since the restaurant and bar, etc, are all accessible for fans trackside as well. It literally just opened last week, however like most of the place, it’s not 100 percent completed just yet.

– Of course, we are also witnessing the Asia Road Racing Championship’s first trek to Australia, including the SuperSports 600cc, Asia Production 250cc and Underbone 150cc categories. Standout factors? The official factory involvement from Japan, the pace of the AP250s and the sheer grit that these riders race with. It’s good to see and bodes well for the future.

– Nobody told Australian Supersport Championship leader Cru Halliday that the ARRC front-runners should be quicker than our locals, as – although he is only racing the national championship – he has been blazing-quick all week in terms of lap-times. The bikes are different in a lot of ways, since Halliday’s Yamaha Racing Team YZF-R6 is relatively stock, so it’s been one of his most impressive showings of the season so far.

– It’s been no secret this weekend that the Kawasaki BCperformance team has been having a difficult time on the Dunlop tyres in comparison to their rivals, who are mostly on Pirellis at the front of the field. It’s a shame, since Staring was the points-leader following Phillip Island, but has proven no match for the likes of Wayne Maxwell, Troy Herfoss and Troy Bayliss this weekend. 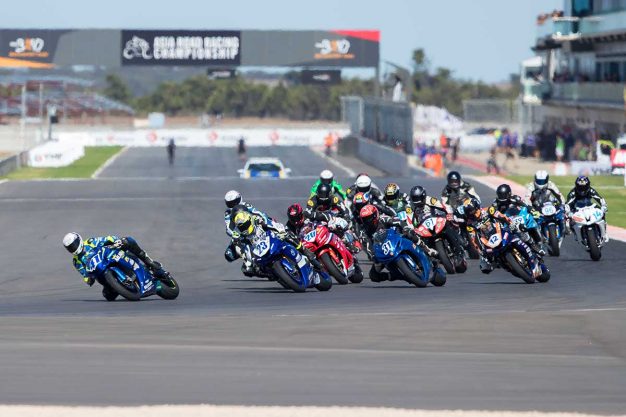 – Speaking of Bayliss, his second-place finish in race one was his strongest performance of his comeback so far. Admittedly the most comfortable he’s been on the DesmoSport Ducati so far, Bayliss, Ben Henry, Paul Free and the crew have been chipping away with significant success. Don’t discount him for race wins in the coming rounds – if not tomorrow! – and a run at this championship if he keeps improving at the current rate.

– Unfortunately this weekend we’re missing some notable talented young races in the premier class, including Callum Spriggs, Corey Turner and Michael Blair. Each out of action for their own reasons, it’s a shame to be missing them from the premier class grid and hopefully we potentially see them return to action before the season’s out.

– On the subject of youthful riders in the Superbikes, one rider turning heads at Tailem Bend is South Australia’s own Arthur Sissis. He’s been on the pace aboard his SA Demolitions-backed Suzuki since testing, hole-shotted race one and finished sixth this afternoon. Keep up that kind of form and he will be on the radar of our top domestic teams for 2019.

– As a result of the split ASBK/ARRC scheduling for this double-header round, a number of riders and team personnel have been taking the opportunity to go on bicycle group rides around the region. You guessed it, the likes of Troy Herfoss and Cru Halliday have been among them since arriving down here.

– You may have noticed a slight revision in the way we’re covering the round at The Bend, increasing our Supersport and support class (led by Supersport 300) content for the remainder of the year. You’ll see these minor tweaks picked up tomorrow and, in addition to the mega amount of social media posts throughout the round from many trackside, CycleOnline.com.au will be a perfect place to source compiled, timely web articles alongside our own updates via socials.