Continental championship director on the purpose of ARRC series.

The Asia Road Racing Championship (ARRC) made its first appearance in Australia last weekend, debuting at the world-class The Bend Motorsport Park facility in South Australia. With additional rounds taking place in Thailand, Malaysia, Japan, India and Indonesia, there is a large amount of factory support placed upon the teams competing. CycleOnline.com.au spoke to series director Ron Hogg about the series’ current expansion phase. 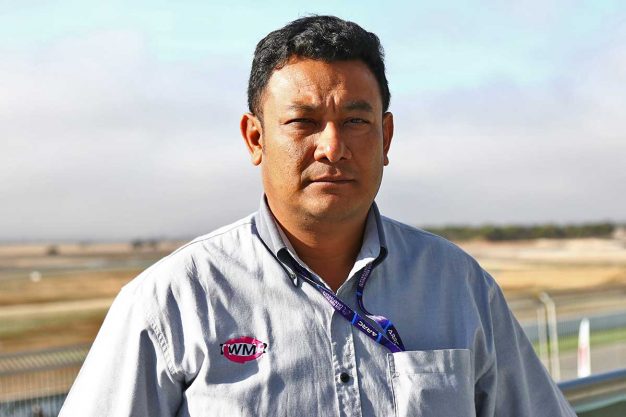 Asia Road Racing here in Australia is obviously a positive step for your championship and also the Australian series. Happy to be here?

Yeah, I’m generally very happy. We’ve actually been working on this for a very long time, as early as the mid-2000s we had approaches, but at the time, we felt our championship was not ready to go down under. We’ve always looked at Australia as an option to organise the Asia championship due to the proximity – it’s actually closer to [travel to] Australia than Qatar where we raced before. And the synergy, in the sense of what ASBK is doing now especially, it’s very much in line with that Asia road racing is trying to do. On that pretence, we are very happy and I think both sides, we and the ASBK, things look to be progressing quite well.

We see Malaysian, Thai, Japanese racers and teams represented – plus more – so what is the purpose of the Asia Road Racing Championship in the region?

Basically, ARRC was created in 1996 and the goal back then until now has not changed, which was to provide a platform for riders from each country that can take part in a national championship to step up and compare the standards, eventually sending these riders to world championships. If we look at it, apart from riders from Japan, every other rider from Asia – because Japan has a very established championship with the All-Japan Championship – every single Asian rider that’s in MotoGP at this moment has come from ARRC, so I think it’s a very important platform. Also, the culture of Asia and Europe is very much different. Often we see young kids going directly to Europe and after a shock they disappear, so it’s wasted talent. So perhaps maturity or culturally, getting the right experience before you head off to that level is I think essential for riders.

In terms of teams and professionalism, just taking a walk up pit lane and even out the back, you can see the ARRC is taken very seriously. It appears the variety of competitors are quite strong in your championship and there’s some factory support as well.

It’s taken us some time, however especially in the last six or seven years, it’s grown quite a fair bit. I’ll be honest and say that almost every team is a factory team. We have four factory Yamaha teams this weekend – Yamaha Japan, who’s doing an Asian team, and we have Yamaha Indonesia, Yamaha China and Yamaha Malaysia – they are all factory teams. The competition is intense, and I think one of the main factors is Asia is now contributing to 70 percent of the world bike market. Due to success of some of the Asian riders on a world championship level, they are looking it very holistically and as a long-term project, so over the last few years, we’ve shifted our focus from the premium riders in the region, when I say premium riders, we call them division one, which is basically Japanese, Australian, Malaysian, Indonesian and Thai riders. Then we have a fair bit in division two, which is basically Filipino, Indian and Vietnamese riders – a lot of our focus is now on division two countries because we want to raise their level as well, then the sport will be even more attractive when you have more countries fighting for the podium. That’s very much our focus, and at the same time, we’re looking at division three, which are small countries that don’t have a motorsport heritage at all. We are now visiting those countries and trying to see through the network we have with the manufacturers how we can invite riders to come over as well. 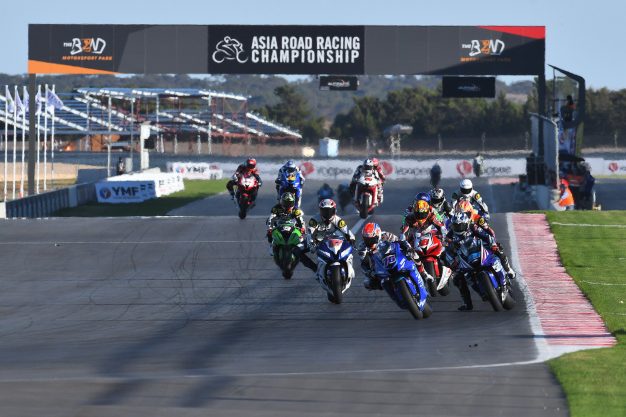 We’ve seen Australian competitors over the years both in SuperSports 600cc and Production 250cc classes, the most high-profile one being Anthony West, but there’s been an assortment of our young riders come and compete hasn’t there?

There’s been quite a bit of Australians that have raced with us. For me, way before Anthony West was Chris Vermeulen, it was his first race out of Australia and he did really well – we all know what happened to him. But yeah, there are a quite few Australian riders, young guys as well. I think the rush to get into the world championship, I think sometimes it’s very important to take into consideration that you have be mentally prepared and have the right skills and craft, but also having the right team. For the sake of taking part in the world championship with a team that cannot deliver what you want ends up killing a lot of riders’ careers. That’s sort of our goal in that sense, from a reality point of view, there’s only so many riders that can take part in the world championship, but we are producing so many other talented riders that need to have an avenue to race at, so that’s sort of the next plan for ARRC where we can keep the top riders in the region together. If and when they get the opportunity to go to the world championship, then great, and if they don’t have an opportunity, they come back to the championship and contribute, because they have the skills and experience that they could pass onto younger riders.

Finally, the future, I read online that potentially 1000cc will be introduced from 2019. Is that confirmed for next year?

Yeah, that’s confirmed. We were supposed to start it this year, we started discussing it back in 2014 with the manufacturers, and they’ve requested a delay, so we’ll start it next year with the litre class. Some factories will be in that championship and we’re still in discussions with the rest. I think it’s interesting times and will force a lot of the existing 600cc riders to step up into the litre class that will allow some of the junior riders to come into the 600cc class. We still have some fast junior riders there, so I think it will be a whole new breed of riders that we are creating.