What makes the up and coming Australian Supersport racer tick. 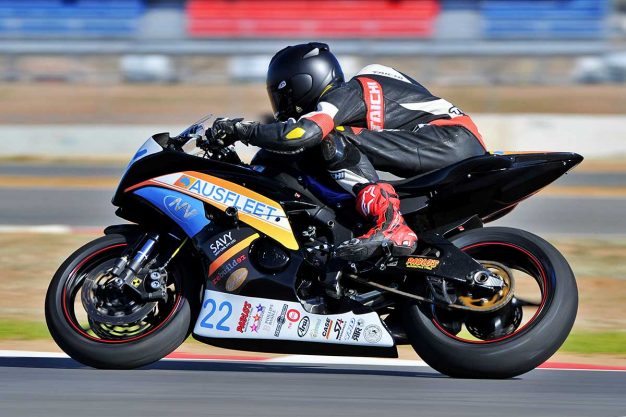 That would have to be being offered to ride for KTM Thailand in the KTM RC 390 Cup. It was just a great opportunity to be offered a ride like that, to be able to further my career.

My toughest race would have to be this year’s 8-Hour in Thailand. We had bike problems, my two teammates and I all crashed. It was just a really hard race and one I was glad to get away from in one piece.

Not have to ever work again and race bikes for a living! I would really hope to be able to one day pick up a factory ride here within Australia or overseas as well. That’s the goal but, to be able to ride for a factory team and make a living out of it.

I would have to say, Sepang in Malaysia. It’s just a fast track with long sweeping turns which makes it so much fun to ride on! It really is a cool track to ride on without a doubt.

Everyone is an arch-rival! I want to beat everyone on track when I race.

Rossi, for sure! He’s a cool character and he can show all the younger riders how he’s still able to ride like a champion, at the age of 39.

Not at all. Whatever goes, goes.

Yeah, I do gym work four times a week and do a fair bit of cycling as well. On top of that, I do a bit of motocross riding from time to time as well to keep my bike fitness up.

Catching up with mates, sleeping and training.

Whatever is on the radio at the time – I’m not that fussed to be quite honest. I’m easy pleased, so will listen to whatever is playing.

Being able to talk to one another in English.

I would have to say it will be Jonathan Rea. I can’t see anyone beating him again this year… he’s all class.

I would love to say The Doctor, but no one will beat Marc Marquez.

Good old Yamaha PW50, which we still own in fact!

When I broke my right leg in 2016, I broke my tibia and shattered my ankle while I was motocross training. The end result saw me getting a plate, few pins and screws in my leg and ankle.

Never been in a fight and never will be. What’s the point in fighting?

Start of the year when I went to Thailand.

At the official ASBK test at The Bend Motorsport Park. Had a good old front-end tuck, which left our bike a bit second hand.

Faster circuits have always been a favourite of mine, purely because I love the way circuits, such as Phillip Island, just flow and all connect together. I love going fast!

Red Bull, because it gives you wings.

Micky Ds! Can’t go past a good load of nuggets and sweet and sour sauce.

MotoGP, because Rossi races there.

Print. Just good to grab a printed magazine and read one while flying to race meetings.

Doesn’t bother me. There all the same, but if I had pick, I would say blonde.