Supersport 300 contender on a variety of topics. 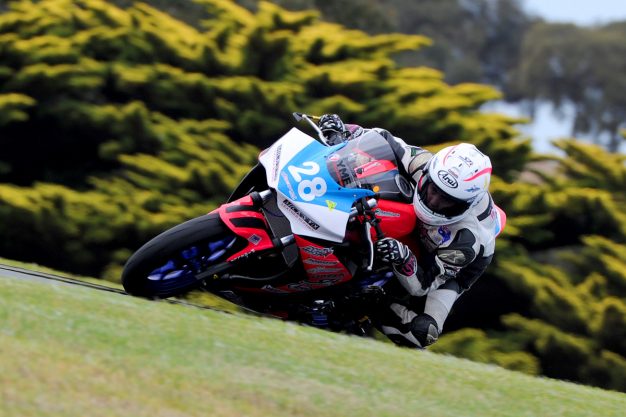 Being the first female rider to ever win a race in the ASBK series in the Australian Moto3 Championship in 2016 at Sydney Motorsport Park. Later that year I managed to win another race at Barbagallo Raceway.

To be able to at least race one round in the World Supersport 300 Championship would be my long-term goal for now.

Favourite track I would have to say The Bend Motorsport Park. Just because it’s similar to Phillip Island, but for the R3 it’s a bit more challenging. The Bend is a really fast paced track, but then it also throws in a bit of hard braking corners and I feel that it really suited the Yamaha R3.

Olly Simpson! Olly and I are really good friends and it’s always been a really good competition between him and I. Now that Olly is back racing in the Australian Supersport 300 Championship, the rivalry is back.

Rich, with lots of money [laughs] – I pay for racing myself. I would be a childcare teacher and work full-time. There would be so many things I would do, if I weren’t racing motorcycles.

No, I don’t have any superstitions.

I train when I can, but I have a pretty busy schedule most of the time, so I don’t really have anything set in stone. When I do train, I normally do a bit of running. I don’t go to the gym as I find it boring.

I listen to anything that is on the radio or whatever comes up on Spotify.

The Australian Supersport 300 class is the best thing about racing in Australia, without a doubt! Just how competitive the championship is – nearly every race there are about 10 of us battling for the top three positions. The Supersport 300 Championship is by far the best category in the ASBK series. I know I will get absolutely drilled for saying that [Laughs].

Without a doubt, Marc Marquez.

Yamaha PW50, which I got when I was three years old.

My worst injury was at this year’s opening round at Phillip Island when another rider’s brake disc went through my left femur. I know have a cracking scar from it as well now.

My last holiday was to Warrnambool [laughs].

Final round of the ASBK at Phillip Island last year in race two – I pretty much wrote my bike off in that crash as well.

I would say more technical circuits. The reason why is because the R3 doesn’t have that much horsepower, so the more technical the circuit is you can see the riders capability more than if the rider has a quick bike. It’s a bit more of an even playing field.

Neither. I have really bad allergies, so I can’t eat either of them.

MotoGP, simply because that is where Marquez races. On top of that, there are more attractive riders to look at in that championship [laughs].

I’m a journalist, so I should be saying print, but I’m going to say digital magazines.

Brunette – it’s just a coincidence that Marquez has brunette hair.