The return of Troy Bayliss has been monumental, although the Desmosport Ducati rider still wants one thing, and that’s to stand on the top step of the podium. Back in action this weekend at Hidden Valley, Bayliss gives us the lowdown on his season so far, what we can expect at Darwin and his future in the Yamaha Motor Finance Australian Superbike Championship (ASBK). 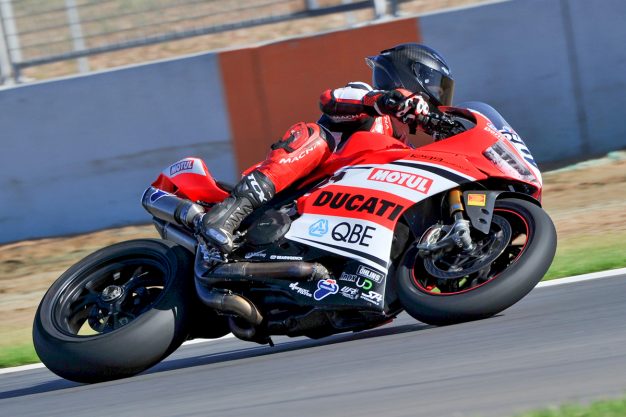 How have you recovered from that tumble at The Bend Motorsport Park?

The recovery has gone well after a little break with a bone. I guess you could say that I’m lucky that we have had a winter break between the rounds to let the body heal up. I’ve also competed in the NSW Supermoto Championship and unfortunately hit my foot on a curb and did some damage to that. I’m all good to go for Darwin now though.

Happy with how the year has gone so far? You’ve been close to fighting for some wins.

It’s been passable for me. Happy enough with how the year has progressed, but I’m really looking to go one better and grab a win soon. I’m hoping Darwin can be where we pick up that first victory of the year. We had a test at Morgan Park a couple of weeks ago and we’ve made some real headway on the bike. I’m feeling confident and fit – can’t wait for the next round.

The Panigale seems to be competitive at every track this year, has the bike taken a major step forward for this season?

It’s been thereabouts at every track we’ve been to this year and we haven’t been far off from going all the way. We’ve got some brand-new parts to debut at Darwin that should help the package. We are quietly hoping that this could be a turning point in the season for us with a very successful test at Morgan Park.

ASBK has one of the strongest lineups in its history. Can riders such as Herfoss, Maxwell, Waters, Staring and Allerton compete on the global stage successfully?

When you look at the Australian, US and British championships, I think any of their top three riders could compete well at WSBK level. The top guys at ASBK are very strong and have been for some time in Australia. They are certainly not easy guys to beat, that’s for sure. 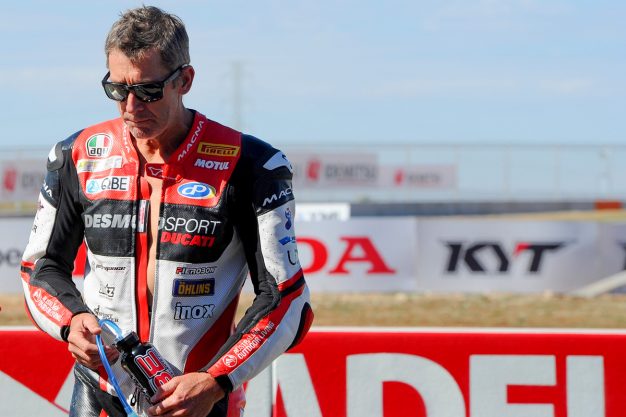 Are you a fan of the Hidden Valley Raceway circuit?

I really like the track. Last year I teamed up with Oli [Bayliss] for the three-hour race there racing on the 300 and I’m a huge fan of the track itself. I can’t wait to ride a Panigale at Hidden Valley. The middle section of the track is my personnel favourite and that’s typically where the majority of the crowd sit. The city of Darwin itself is a really cool place. I love living on the Gold Coast, but Darwin has its own vibe and I’ve got a few friends that work there as well that will come down to check out the race. The locals really get behind us.

Have you considered your future in ASBK beyond this year?

It’s been very funny to see how this year has played out and getting back on the bike. At the start of the year I was a little worried to see how competitive I would be, but I’ve been pleasantly surprised how I’ve been able to fight at the front. We’ll see how the last few rounds go. I would like to stay on for a bit because I’ve been competitive on the bike. As soon as I show signs that I’m not on the pace, then I will give it up.

With the Panigale V4 on show floors would this be a model Desmosport Ducati would consider racing next year?

I would love to race the Panigale V4, but it’s all up to whether we could get our hands on the upcoming race homologation special. The V4 is 1100cc so we would have to wait for an R model and bring it back to 1000cc which would make it able to race in ASBK. Australia can always get these models a little late as well. It’s quite likely we could be back on the 1299 Panigale for another season.