Hidden Valley round victor on his ASBK three-peat to extend points lead.

The Troy Herfoss/Honda combination has never been stronger since linking up with Deon Coote’s ER Motorsport organisation to form Penrite Honda Racing in 2018, currently dominating the Yamaha Motor Finance Australian Superbike Championship (ASBK) following four rounds. CycleOnline.com.au caught up with 31-year-old Herfoss to recall the weekend that was, going 2-1 to stretch his championship advantage to 29.5 points in the Top End. 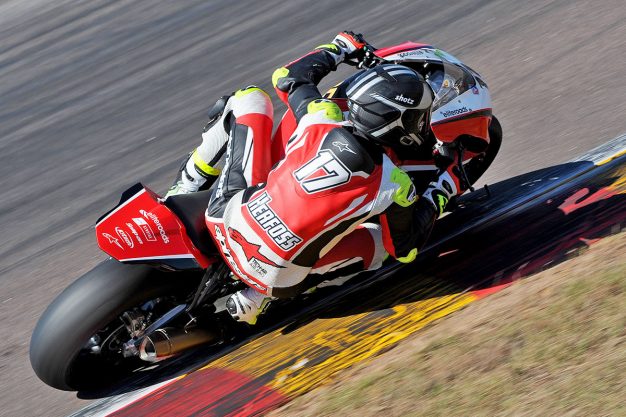 Firstly, well done on the win, a 2-1 result and another overall to make it three in succession.

We’re on a really good run and the weekend sort of confirmed our form at the moment. At The Bend we felt like the bike had made big improvements, but we weren’t sure because that track was killing the tyres so much – we thought maybe some of the guys were taking some power out of their bikes to conserve tyres. We were interested to see how it went in Darwin and we were able to hold our own down the straight and in the race, so we were really happy.

Take us through race one where you closed the gap to eventual winner Troy Bayliss in the final laps, but didn’t quite get it done. What was the game-plan in that one?

Look, it was hard, because I’d done a few long runs in practice and we realised that, although the tyres weren’t wearing out as such, in that heat it felt like they were getting a little bit hot if I pushed too hard early on. I really planned a certain race-pace, to be able to sit around the low 1m06s mark – around 6.2s to 6.5s – and I felt like if I could do that the whole race it’d be good enough. I made a small mistake in the middle of the race when I started to settle in behind Bryan [Staring] and Troy [Bayliss], so I had to come back across that gap. I didn’t get there until late, but I felt like I timed it well. I was in a funny position because I had two guys in front of me who aren’t in contention for the championship at the moment, so I didn’t want to risk a lot to win the race. In the closing stages I felt good, had good pace to pass Bryan and I was strong in that final section, so I just poked my nose in there on Troy on the last lap, thinking that if he concedes the spot easily I’ll take it, but I wasn’t going to push us both wide and risk taking us both down for nothing. I showed a wheel, but he was really hungry, and hats off to him for taking the victory.

And the second race, you were again behind TB for over half race distance, but in the end it was a relatively easy run to the line.

That was a lot different. We made a few changes to be honest and at that time of the day I had been strongest in comparison to my competitors once the track temperature was up at its maximum. The track was hot and I was able to hold my pace. We had a good package, so I was quite settled in behind Troy and didn’t really want to lead the race until later. He made a mistake at the hairpin with about five to go, so I had to pass him and then I sort of looked to the side and let him back through straight away. He cottoned on, realised what I was up to, and then swung across to the right to make me go through. I thought it was time to go then, so luckily for me he had a bit of a front-ender going into turn 10 and I was able to come home with a decent size gap.

It’s widely recognised that the ASBK is stronger than ever in terms of depth and even the competition at the front of the field, which makes your three overalls in a row even more impressive, doesn’t it?

I feel like I’ve really had to step my game up and so has the team this year. Everyone in that top 10 believes they’re good enough, if you look at guys like Arthur Sissis for example, who gets good starts and fights into turn one like he should be able to win. A few years ago there were only a few guys fighting for that position, so you have to make the most of every time you’re on the track now and really do your homework. It’s definitely lifted me as a rider and I think with the exposure the championship’s getting at the moment, it’s really important to put your best foot forward. It’s a credit to everybody competing and, definitely for me, I feel like it’s been the toughest year so far. 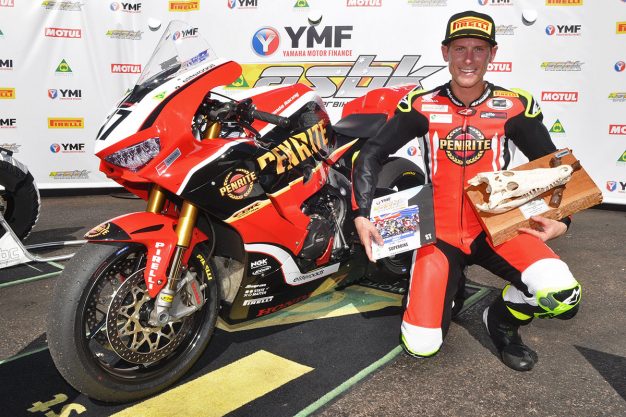 What makes your current race bike so much better than when it was debuted as part of the former Honda team in Darwin last year?

It’s been pretty clear for me that the electronics side of things is helping, because at this time last year we didn’t really have any options to change the traction control maps and the engine braking in comparison to now. We could sort of hit the button and didn’t really know what it was doing, but now we can control what sort of throttle we’re getting in certain areas and it’s made the bike so much easier to ride. For example, off the hairpin on the weekend, first gear is quite aggressive on a Superbike, but now we can control that through the HRC ECU with the help of Woolwich Racing. Plus other things, the big one for me is K-Tech Suspension. Straight away I felt good with the rear shock and the bike is much, much better under heavy loads, so that’s been helping me a lot as well.

Next up, Suzuka. Tell us about that opportunity and what are your expectations going in?

Yeah, I’m really stoked to get on a pretty competitive bike with the Honda Asia guys. I did a bit of an audition with them last week before Darwin and it went well, so now I have learned that I probably can be competitive at that track. I’d struggled there in the past few years, but my teammate [Zaqhwan Zaidi] is quite fast and has some experience at the 8-hour, so I feel like if luck goes our way and we get a good run, we should be well inside the top 10 and that would be exciting.

Thanks a lot and congratulations once again on the result. All the best in Japan!

No worries, thanks Alex.