Racer comments from Darwin's fourth round of the year.

A selection of riders detail their day at Hidden Valley’s fourth round of the 2018 Yamaha Motor Finance Australian Superbike Championship (ASBK) presented by Motul Pirelli. Team and privateer competitors can submit comments to [email protected] by Monday afternoon following events for inclusion in the post-event Quotebook feature. 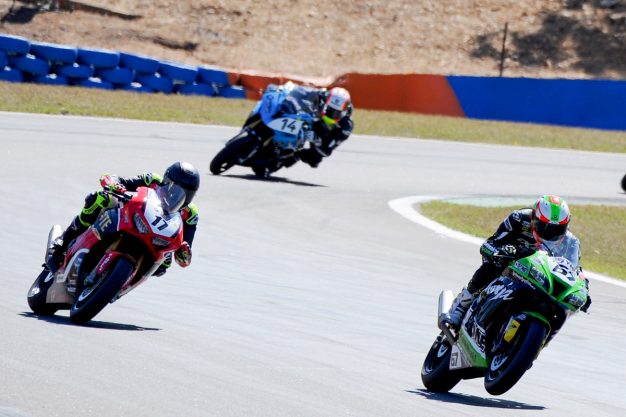 Troy Bayliss (DesmoSport Ducati) – Second overall:
I owe that to our team and all of our sponsors at DesmoSport Ducati! It was a big call bringing an old fella on-board, but between our guys – Ben Henry, Paul Free and Byron Draper at Ohlins – they’ve built a lovely bike for me to ride and it’s so fun to ride it like that. Race two, it was positive to lead laps in the afternoon again, but unfortunately it wasn’t to be in the end. We still managed to score points though, which was good enough for second overall, and that’s a pretty solid result for us. Now I’m really looking forward to the next round and the rest of the season!

Troy Herfoss (Penrite Honda Racing) – First overall:
Both races were really exciting and in the end it was a really good result. That’s three round wins on the trot now and the most important thing is that we’re winning races and competing for victory in each race now, which wasn’t so easy last year. We’re going to Morgan Park and Winton next, two strong tracks for me, and we’re just looking to keep pushing for race wins. Today I just wanted to hit the lap-time, my target race-pace, and I knew if I could do that we would be strong. A big thanks to Penrite Honda Racing and all of our supporters!

Bryan Staring (Kawasaki BCperformance) – Third overall:
I’m happy, but not 100 percent satisfied mainly because I wasn’t able to battle in the race. I had the pace, but I was a bit of a sitting duck and couldn’t do much. Overall, I scored a third and a second, so that’s a pretty good weekend. The rear tyre was new this weekend and our consistency over the sessions showed that’s what we needed and showed we could be strong, so we look forward to the next one now.

Kyle Buckley (Kawasaki BCperformance) – 10th overall:
It’s what I’ve been working towards all year. After last year, this season has been really tough for me, but to have that feeling and confidence in the bike from Thursday was really nice. I was able to do pretty well in qualifying and carry that into the races. I was 11th in both races, although the second race I got caught up in another rider’s mistake early, so I worked hard to try and get back up towards the front. I’m pretty happy with the weekend.

Matt Walters (Swann Insurance Kawasaki) – 16th overall:
We overcame some issues from Thursday, but we managed to get the bike together on Friday. I didn’t have much of a chance to set-up the bike as we had to run the bike in during practice, but we were good enough for 10th in qualifying. We were strong, but we just didn’t show in the races. I was lucky not be hurt in my race two crash, but I’ll head to Morgan Park with a good attitude knowing I have good pace. 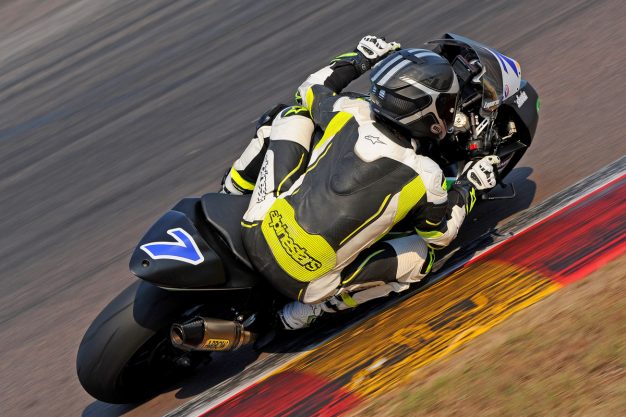 Tom Toparis (Cube Racing) – Third overall:
We had good pace in practice and qualifying, but it was a bit frustrating in the end. The bike felt really good in cool temperatures and the lap-time was really good. It was just tricky in the races, couldn’t really get that consistency going. My start wasn’t great in race one, so that made things harder for myself and by the time I got to second that was all I could manage. We were a lot closer in race two, but in the end I ended up third and that was disappointing. Anyway, it’s all good and it’s good to be on the podium, so thank you to Cube Racing and everybody.

Cru Halliday (Yamaha Racing Team) – First overall :
Three race wins, three poles and I’m loving it. The duration of the tyres held in flawlessly. I can’t thank the team enough. They have worked endless hours since round three, all the way up to round four. Both of my Yamaha R6’s were on song all weekend, which shows how much effort the team put in. So, hats off to the team. I don’t want to go to erratic and throw the bike down the road, and then lose that championship lead. I have to remain smart and try and wrap this championship up for Yamaha.