One of the most notable emerging talents in the Yamaha Motor Finance Australian Superbike Championship (ASBK) during the 2018 season has been Supersport class rookie Max Croker, the Mladin Racing rider making his presence felt on-board a GSX-R600.

Croker, who is now 20 years of age, comes from a dirt track/speedway background, but also has his share of road racing experience over the past five years, including a wildcard in the Phillip Island round of the 2014 Moto2 World Championship.

“I started racing when I was about 10 years old, beginning in dirt track and then I moved onto speedway,” Croker recalls. “We won an Australian championship in those, then moved into road racing not long after that… We were racing all three at one stage. 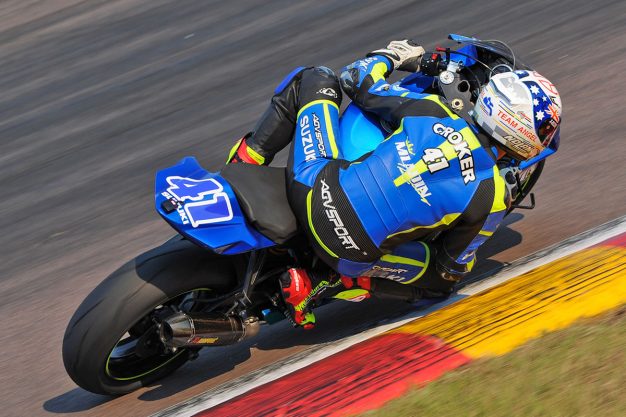 “When we jumped over to the road I was on a little Metrakit 80, then moved to an RS 80, then an RS 125. From there, we actually went up to Moto2 and focused on that – we did a wildcard at Phillip Island in 2014 [finishing 27th]. In 2015 we more or less practiced on Moto2 to get up to speed and then in 2016 we spent a year in Japan within their GP2 class. It was a great learning-curve for sure.”

With that type of experience to his credit, you can see how it’s all come together for Newcastle-based Croker in recent seasons. Last year with the support of KTM Australia he contested the Australian Supersport 300 Championship and finished seventh in the Over 300cc standings with his share of race wins, plus he won the Australasian 400 Supersport Championship.

“Last year was when we came back and rode for KTM on the RC 390,” continued Croker. “It was a fantastic year and definitely another big learning-curve – the racing in that class is on another level, just so close. We won the Australasian championship, but had a few crashes in the ASBK. It was just an awesome experience with Billy Van Eerde and Jarrod Brook as well.”

That performance is what led to him stepping up to the Australian Supersport Championship with the support of seven-time American Superbike champion Mat Mladin. And, so far, he’s delivered on track, picking up a string of race podiums including third overall at The Bend and second overall at Hidden Valley. 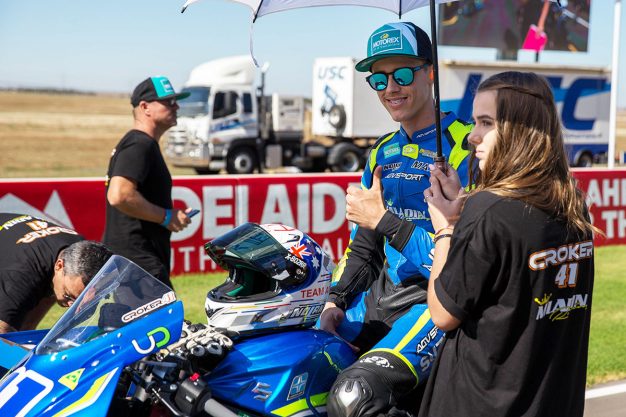 Croker and Mladin Racing’s Supersport debut at Phillip Island saw him ride to third in race one, but unfortunately he crashed in race two and broke his collarbone. After undergoing surgery, he was back in time for Wakefield Park just three weeks later in a gritty effort for fourth overall.

“This year has been fantastic again and Mat’s been unbelievable,” he stated. “To have access to his knowledge and experience is indescribable and the team’s been fantastic. Step by step we’ve been learning the Suzuki, although it was a bit of a shame to break my collarbone at the start of the year. We regrouped and climbed the ladder though, so we’re all extremely happy.

“Mat has helped, without a doubt. He has so many tips and tricks, so it really is invaluable. He’s always trying to help me move forward and, not only that, he even gets on the tools, which is pretty cool [laughs]! I’m super-grateful for the opportunity he’s given me and for him to take me under his wing has been incredible.”

With three rounds remaining in the ASBK series for the 2018 season, Croker is firmly on the radar for more podiums and potentially a breakout win before the year concludes. He’s gaining experience and confidence by the round, which will prove key come Morgan Park next month.