GSR Kawasaki rider and team manager on his return to Australia.

Australian international Glenn Scott made a welcome return to the Yamaha Motor Finance Australian Superbike Championship (ASBK) at Hidden Valley, going 10-13 as rider and team manager of his newly-formed GSR Kawasaki outfit. See what he has to say at this point in the season within our latest Catching Up article. 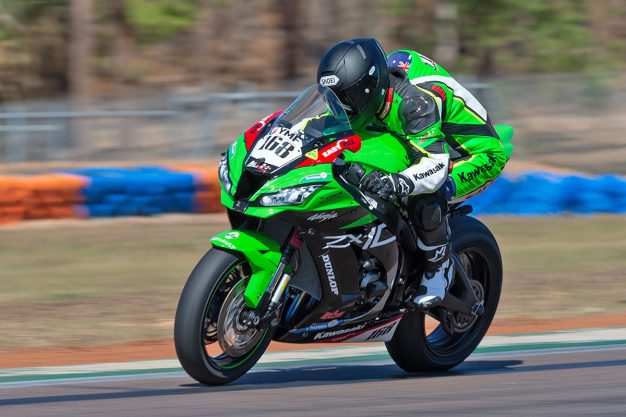 First of all, why did you make the decision to come back to ASBK from overseas competition?

It was a slightly unique situation that I would make my return halfway through the ASBK season. I was racing competitively in Europe, but had an ongoing leg injury from 2016. At the start of this year’s season, I had the discovery of a low-grade infection in my leg which would affect my performance. We had to get the issue sorted and it took quite some time for the leg to heal. That completely wrote off my chances of competing in Europe this year. With the ASBK Championship being as successful as it is lately, I put the feelers out there for support and Kawasaki Australia came back with a lot of interest for me to run my own set-up. Now I am running my own privateer outfit with Kawasaki’s support for the second half of the season. This year will all be about finding our feet and reestablishing ourselves before a full season in 2019. It’s a competitive championship, so why not be part of it!

How much of a challenge is it to come back halfway through the season?

It’s a significant challenge, let alone being nine months off the bike. It’s been a long road to recovery for me and establishing a new team is quite a task! Wearing caps for both team manager and rider is an interesting dynamic. Although I am very familiar with the ZX-10R, you have to find your feet with the new set-up, learn the tracks again and compete against guys that have been racing in Australia for quite some time. I was racing against many of them in 2013 and several of them are in major teams now. They are comfortable and their teams are very competitive.

How does your current set-up compare to racing in WorldSSP?

In 2015, I rode for a little Australian team called AARK Racing, which was certainly a privateer outfit. It was a very good season for me, finishing many races in the points. In 2016, I moved into a well-established satellite team, which was the stepping stone for going to the next level and I started off the season very competitively. Unfortunately, it all came crashing down when I broke my leg in round three. It was such a bad break that it completely wrote me off for the rest of the season.

What were your expectations coming back to race in ASBK at Hidden Valley Raceway?

I came into the weekend with no expectations. I really wanted to know where I stood in comparison to the rest of the riders. In the back of your mind, you want to be fighting for podiums, but I had to be realistic about my injuries and how competitive the championship is at the moment. I managed to finish in the points, so in my mind that is a win and to finish the races was really important. 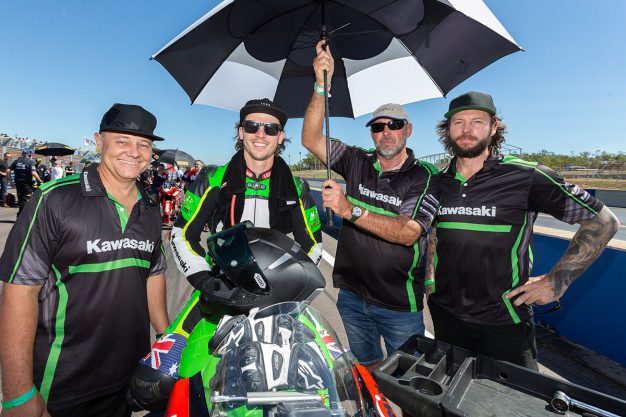 You managed 10th and 13th place finishes. Happy with those results?

The strategy in the first race was to finish no matter what. You obviously want to be aggressive in the opening laps, but we had to stay out of trouble and ease into the race. We ended up having a very successful race and came home with a top 10 finish. In my mind that was a fantastic way to start our campaign and to come home as the second-fastest Kawasaki in the field was the cherry on top. The second race we came out with more aggression and put myself in a very good position, with a good start on the long straight. We had a first few good turns and managed as high as P9. Unfortunately, I got a bump in the rear from someone running hot, luckily we didn’t crash, but I ran off and the bike stalled. We managed to keep our momentum however and I managed to claw my way from last to 13th. That has to be considered another success.

The next round is at Morgan Park Raceway. Have you raced there before?

Funnily enough, I have never raced there before, so this will be the first time for me. When I was racing in ASBK a few years ago, we did not race there. We have a few test days planned for me to familiarise myself with the joint. I’m sure I will love it and hopefully it can be another successful weekend to improve our development with our bike.

What’s the goal for remainder of this year, heading in to a major assault on 2019?

Coming halfway thought the season, there is obviously no way we can compete for the title. That ship has sailed, but the main priority is to establish my team and the bike to get up to speed with the factory teams. Budget depending, I will try to show that I can be competitive and manage the team successfully. I want to show potential sponsors for the 2019 season that I can be competitive and mix it with the factory boys.