Looking back at the South Australian's maiden Moto3 podium at Phillip Island.

On the back of the news that Arthur Sissis will receive support from Penrite Honda Racing for the remainder of the Yamaha Motor Finance Australian Superbike Championship, we take a look back at the South Australian’s maiden podium result in the Moto3 World Championship at Phillip Island in 2012.

Sitting 11th in the standings at the time with the Red Bull KTM Ajo outfit, Sissis’ best result prior to the Australian grand prix was fifth at France’s fourth stop of the series.

Despite being an Australian favourite, the now 23-year-old was yet to really ride the popular Victorian venue, quashing any advantage around the 4.4-kilometre circuit.

“I have only good memories of that weekend,” he said in a CycleOnline.com.au interview in 2013. “Everyone thought that I started with an advantage as it was my home race but, even though it seems like a lie, that was the first time I had properly ridden at Phillip Island. 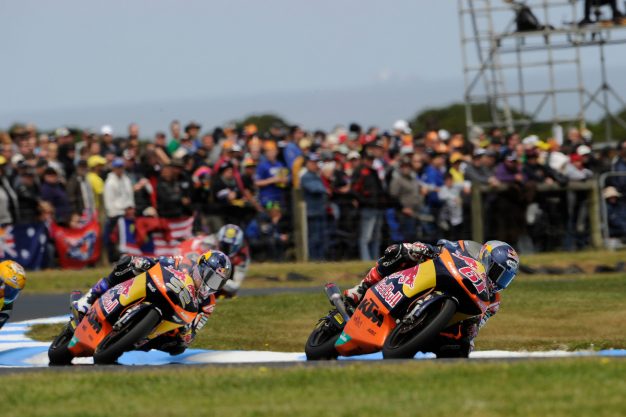 “On the Saturday I got my best position on the grid of the year – which was still the second best in my career [at that point] – and on the Sunday I took my first world championship podium. To achieve this in front of my friends, family and all the Australian fans was incredible.”

Starting on the third row from P7, Sissis maintained his position within the top 10 for majority the 23-lap encounter, however it was only in the closing laps that it became apparent he could challenge for a career-first podium.

“For much of the race I was down in seventh or eighth place. When Sandro [Cortese] and Miguel Oliveira broke away I started to overtake riders over the course of a few laps, and got up into the fight for the podium.

“To tell the truth, in the early laps I did not think that it could be my day. But when we got to the final laps and I was near third place, I became aware that I had a unique opportunity. I had to give everything.”

In a desperate bid for third, the Aussie contender was able to shift his way into third during the dying stages of the final lap, ultimately defeating Alex Rins by a mere 0.053s. 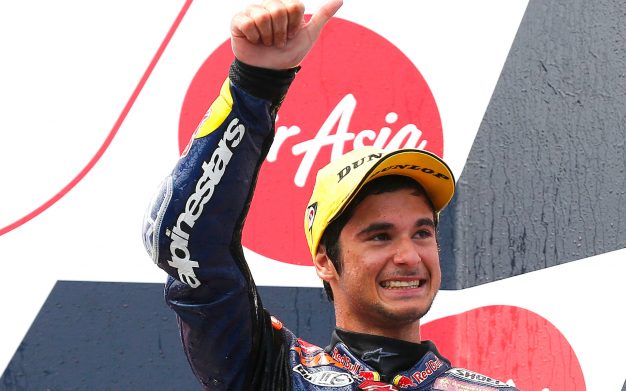 “Whenever I watch the race my heartbeat accelerates when I get to that last turn. It was awesome! We fought very hard on every lap, but when Danny Kent passed me on the last lap I thought that it was over and that Danny would take third.

“However, I knew that I had better braking at turn Four and overtook him there. Then I had to shut the door on the remaining turns, braking as late as possible. My heart was pounding.”

Sissis says the weekend was all ‘very special’, reminiscing the feeling he experienced when he returned to pitlane with an ecstatic crown and pit crew.

“It was all very special. When I crossed the finish line all the fans were screaming and when I entered pitlane all the teams congratulated me and applauded me. I’ve never seen that before, only when Fahmi [Zulfahmi Khairuddin] took the podium in Malaysia. It was a very nice feeling that I will never forget.”

He has since moved to different outfits and championships across the world, most recently returning to Australia for his first campaign in the ASBK. Previously piloting a Suzuki GSX-R1000, Sissis currently sits 10th in the point-standings with a best overall result of eighth at The Bend Motorsport Park’s third round.