The 2018 Yamaha Motor Finance Australian Superbike Championship (ASBK) has been the most dominant of his career for runaway points leader Troy Herfoss, picking up a fourth-consecutive round victory at Morgan Park on Sunday with a stunning double. The Herfoss and Penrite Honda Racing combination has been unstoppable to date this season, building a 44.5-point advantage with two rounds remaining. CycleOnline.com.au caught up with the 31-year-old Gold Coast resident post-race to reflect upon his success. 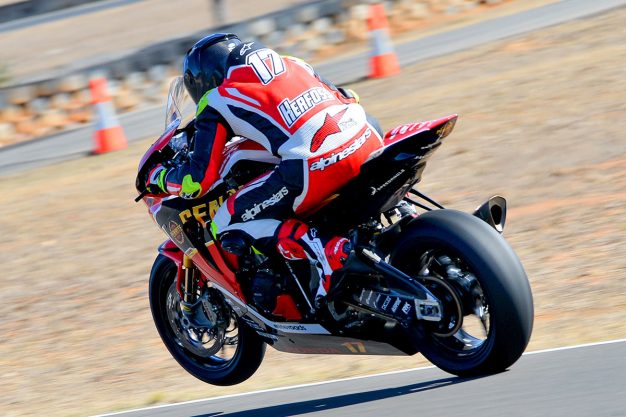 Pole position and both wins in some really exciting races once again. How would you summarise your weekend?

This was the best weekend I’ve ever had, really! We had a lot of pace all weekend and it showed in qualifying when we set pole position on a race tyre. In the races we had a clear strategy to save the tyre as much as possible in the early stages and I think that showed. We were able to pick off the other guys as the races wore on and, in the end, it resulted in two dominant race victories. I’m just that stoked for the whole team to deliver this type of reward. We’ve got a really handy points lead and we’re just over the moon.

It was pretty special, I suppose, to not only break your own lap record, but also better your pole position lap in race two.

Yeah! The only regret I had from the weekend was not putting a SC0 in at the end of the first qualifying session to do a fast lap, but it’s always good to raise the bar with track records and lap records. It was a bit of a highlight actually, to get to the finish and have the boys tell me the lap-time – that was really icing on the cake.

When you’re in the situation of biding your time and managing your tyres, what’s the mindset? It would take a lot of confidence in your plan and own strategy.

To be honest, in race two we had a lot of traction [control] in the bike during the early stages and I hit the button a few laps early because I was getting a bit panicy seeing how fast Troy [Bayliss] and Josh [Waters] were going at the front, plus Wayne [Maxwell] was just starting to drop off. I thought ‘if I don’t go now, I’m going to give these guys too much of a lead’. It was really hard to try and stick to the game-plan, especially since in the past I had been caught out with the tyres going too fast, too soon. It was a new tactic for me and I really had to hold myself back at the start, but it worked out. 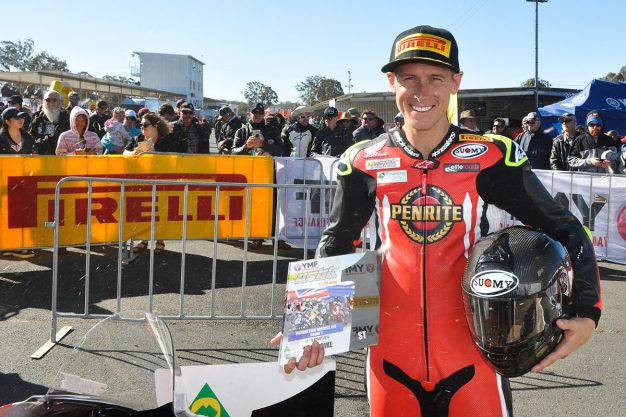 Compared to last season you’ve come forward in leaps and bounds, regardless of the circuit, conditions, your start or anything else. You are able to make your way forward when it counts…

In terms of the championship, you’re 44.5 points ahead in the standings now and there’s a very real possibility that you could wrap this up with a round to spare at Winton. Have you considered that?

I haven’t thought about that actually, but yeah, it’s definitely a possibility… In saying that, Wayne’s really strong at Winton. We can still be extremely competitive there and I want to keep pushing to win as many races as possible.