Motorcycle rider attempting to become the youngest person to circumnavigate the world.

Aged just 23 years, British native Henry Crew is attempting to become the youngest person to circumnavigate the world aboard a motorcycle. It’s a 55,000-kilometre journey that’s set to span over 35 countries and six continents.

The youthful rider just landed in Perth, WA, this week to commence the Australian leg of the challenge, which will see him travel through Melbourne and Sydney before departing the country from Brisbane. Equipped with a Ducati Scrambler, Henry has already visited 19 countries and sits at the halfway mark in terms of kilometres.

A passion for motorcycles and travel ultimately triggered the idea to take on a trip of this calibre, although Henry says it wasn’t until he realised he could beat the Guinness World Record, which stands at 23 years and 365 days set by Kane Avellano, that he went all-in and committed to such a feat. 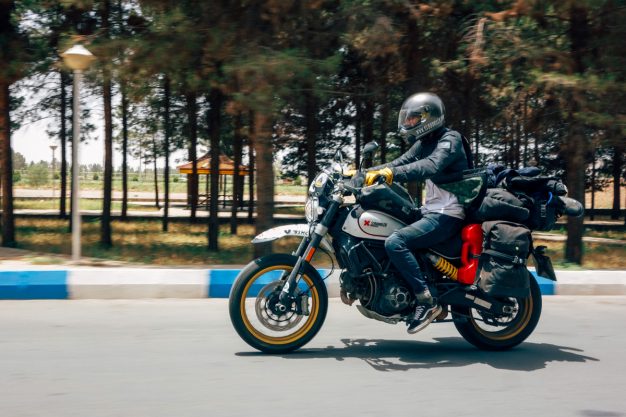 “I was sat at work and saw an article about Kane [Avellano] who currently has the record, when I realised I had the opportunity to beat it, I turned to my mate right there and then and told him I was going to do it,” Henry recalls to CycleOnline.com.au. “That evening I was emailing people – about 1000 emails and 10 months later I was finally leaving.”

“As soon as I realised I could beat the world record, that was the kind of the catalyst to starting the trip and the excuse I needed – it’s a bit of a hook to get people interested and make it happen. There are so many influences in wanting to do it, like Ted Simon, Elspeth Beard, and even Charley Boorman and Ewan McGregor after watching them growing up. It’s always been in the back of my head that it would be an amazing thing to do.”

While a world record is at stake, Henry has teamed up with the Movember Foundation and is using the trip to raise funds and awareness for men’s health. Experiencing his own battles with depression and anxiety, plus seeing his friendship group suffer from poor mental health, he’s adamant the prospect of claiming the record is insignificant to the people who he’s hoping to positively impact along the way. 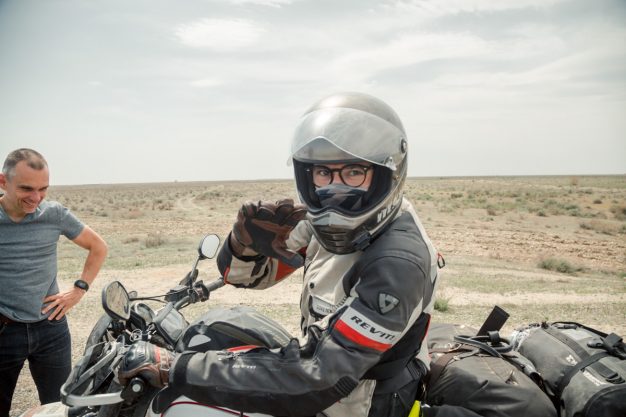 “I’ve had my own difficulties with depression and anxiety when I was about 14, and it got worse when I went to university,” he shared. “That’s when I realised the scale of the problem in my friendship group as well. Three of my friends have committed suicide – it’s the biggest killer of men in the UK under 45 years of age.

“The record is important, but it’s not as important to me – it’s important for the media and such, because otherwise it’s just another person riding a motorcycle around the world. The awareness is the most important – getting people to speak out and not go through things alone – that’s important to me.”

The trip has brought about its challenges as he negotiates his way through some of the most adverse locations in the world, however he states you just have to roll with punches when things are constantly bound to go wrong. Letting go of the things you can’t control when taking on an adventure of this enormity. 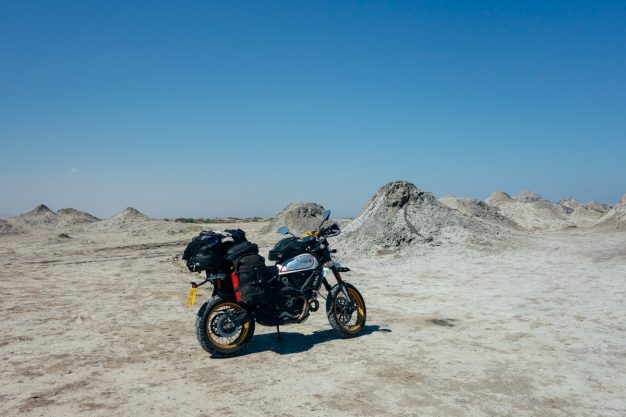 The journey has allowed him to experience the greatest aspects of humanity too, with communities taking him in as their own as he heavily relies on the support and generosity of locals to ensure he can continue on. It’s rewarding in itself for Henry, who’s incredibly appreciative of the kindness he’s received on the road since departing in April.

“You have to roll with the punches,” he continues. “You can’t control the weather, if you get a puncture, you just have to fix it and move on. The trip is like this wild beast that’s uncontrollable – you just have to cling on and go with it.”

“Motorcycle communities throughout most countries have been amazing, and I think people who don’t ride or aren’t in a moto community lower their defence to someone on a motorcycle because you’re so vulnerable – you don’t come across as a threat to people. 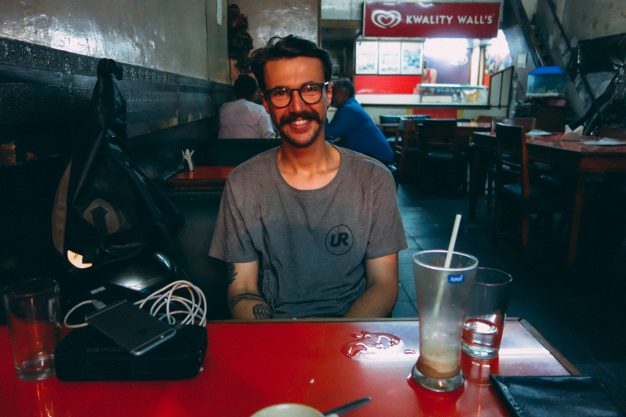 “It makes it so much easier when you have people supporting you and letting you stay in their houses – even showing me around cities and stuff – it makes it far less lonely.”

To complete the world record, Henry needs to return to the UK by Friday, 10 May 2019. By that time, he hopes to have raised $62,000 for the Movember Foundation. To find out how you can become involved in Henry’s trip or to donate, visit www.35000miles.com.