Winton’s penultimate round of the Yamaha Motor Finance Australian Superbike Championship (ASBK) saw Troy Herfoss lift the premier class crown in convincing fashion. With a round the spare, the Penrite Honda Racing contender lodged a 1-5 scorecard, which was enough to not only credit him the victory, but also the championship. 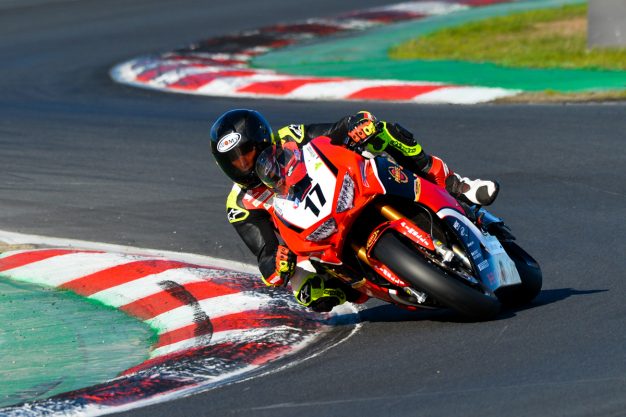 Congratulations on wrapping up the championship with a round to spare, it’s a great result…

It’s an incredible result and I’m just so thankful for everyone who has helped out this year. Deon [Coote] has taken over the team this season and has done a great job with the crew. It’s quite a small team and everyone has worked so hard – it feels good to really dominate it. There’s no questioning it, we’ve got the number one plate with a round to go and we really earned it. I was nervous it wouldn’t happen today, but after qualifying we realised I had really good pace. Congratulation to Wayne [Maxwell], he’s been my arch-rival for years now, and it was special to have Josh Waters congratulate me first up and sort of pass [the championship] on – I have a lot of respect for those guys. Im just over the moon.

How would you compare this to your previous championships? Not only ASBK, but also in different series’ as well.

This tops all the championships I’ve won, just because we’ve won so many races – we’re at eight wins and I never dreamt that I would have that many in one year. This is the top of the pile for me and five overall victories is the icing on the cake.

And the overall victory today…

I didn’t actually think we had it – I almost just wanted to back off and get 15th for the one point I needed. It’s nice to be on the podium and we had everything thrown at us in that last race. It’s good and I’m really happy. 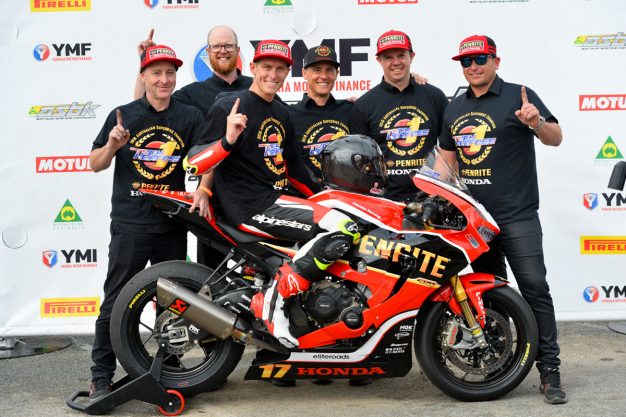 In terms of this weekend, there were a lot of stoppages and bit of carnage out there…

Yeah, we had a lot of stoppages, and our front wheel speed sensor broke or was faulty, traction control wasn’t working and the quick shifter wasn’t working – the problem was that it was touch and go – it was coming on and coming off. I had a big issue coming into the last hairpin there when the bike pushed on and almost tucked the front. I had two laps to go and massaged it home. Everything was thrown at us and I only needed four and half points, but it was very difficult.

We still have a round to go, but what was the standout moment or highlight of the year so far?

For the season, the highlight was coming out of race one of the year and winning. Because we had a really difficult lead up with a lot of little issues getting the bike sorted. We really didn’t think were capable of winning at the first round, and that was kickstart we needed – that was the best win, even though I know it was in sketchy conditions. To win that race was probably the highlight.

We still have Phillip Island to go, what’s the approach heading into there?