When it was revealed in January that Cru Halliday would return to the Yamaha Racing Team in the Supersport class, he was always going to be the title favourite. However, no one could’ve predicted that he would wrap up the championship by Winton’s penultimate round of the Yamaha Motor Finance Australian Superbike Championship (ASBK).

His campaign didn’t get off to the winning start he anticipated though – a late delivery of the all-new Yamaha YZF-R6 in race trim and a last-minute deal to race in the Supersport class meant there was minimal time to adapt to the new machine. Still, he wound up second for the weekend at Phillip Island behind youthful rider Tom Toparis (Cube Racing), lodging a trio of runner-up results throughout the three races while gaining crucial data in the process.

Shifting to round two at Wakefield Park, things drastically improved for Halliday, with the round marking just the beginning of his dominance in the class. Claiming pole position, the New South Welshman stamped his authority by following it up with two commanding race victories, putting him just four points behind Toparis in the standings. He clearly underlined his intentions, and it was going to be a feat to stop him. 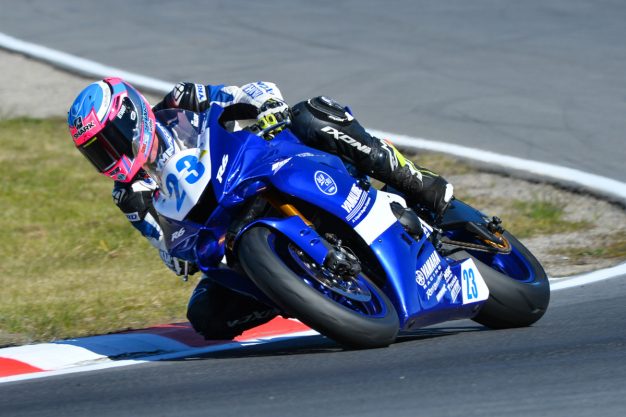 The Bend Motorsport Park’s third stop served up a game-changer being an all-new venue that was sure to level the playing field. It didn’t though, and Halliday only excelled on the world class circuit, once again setting the fastest time in qualifying before collecting three race wins, granting him the points lead. At this stage, it was clear Haillday’s experience paired with the Yamaha Racing Team’s competitive R6 were a potent combination, and only a freak mechanical or accident could stop him in his tracks.

Refreshed and revitalised following a lengthy break in the series, the talented number 23 returned to action at Hidden Valley Raceway’s fourth round in Darwin. Battling the increasing temperatures, it was a repeat performance – pole position and two race race wins. With Toparis finishing third, Halliday extended his points lead out to 25 markers.

Morgan Park’s fifth round was no different, and his commanding form was becoming an old and sour story for his rivals. Pole position and two race victories were enough to put him in contention to claim the title at Winton, with a healthy 41-point advantage. As Winton approached, Halliday experienced what appeared to be his first blemish of the season as he suffered a heavy fall in testing the week prior to round, fortunately escaping injury and keeping title hopes alive. 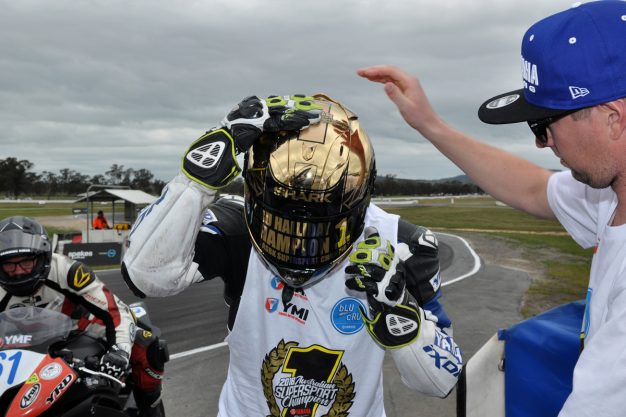 It didn’t stop there – after claiming his fifth pole of the season, a close call in turn one of race one saw him take an off-track excursion and lose multiple positions. It was a fight to eventually eanr second, but it was pivotal in claiming the crown with a round to spare.

Race two posed as Halliday’s biggest challenge of the season, with Toparis putting in a final effort to keep the title fight going. The Yamaha ace took the lead and rode a controlled race, ultimately fending off Toparis to secure victory, and most importantly, the championship.

The Australian Superbike Championship now heads to Phillip Island for the seventh and final round, where Halliday will have one more opportunity to stamp his dominance on the field, minus the pressure of a title looming.