It’s been a challenging year for Queensland’s Corey Turner in the 2018 Yamaha Motor Finance Australian Superbike Championship (ASBK), with his earlier plans of contesting the entire series derailing after struggling to obtain adequate funding. A switch from Suzuki to Honda machinery saw the number 52 enter both the Morgan Park and Winton rounds, earning 8-13 overall results respectively. In this edition of Five Questions Why, Turner discusses a variety of topics. 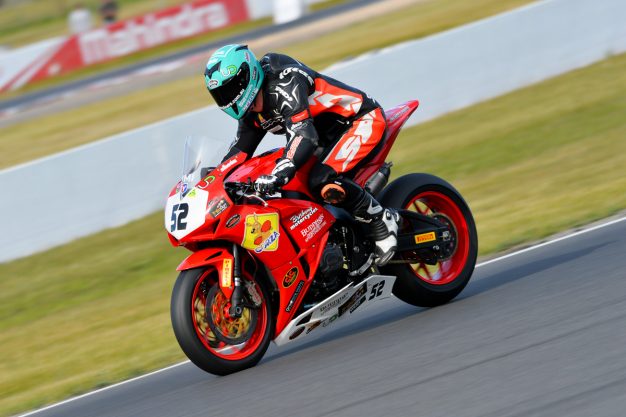 Why did you switch from Suzuki to Honda machinery halfway through the season?

To be honest, it was just the way it happened. We only planned on selling the wet bike and keeping the dry bike and finishing whatever rounds of the season that we could do on it. But when we looked at it, we couldn’t really afford to do anymore rounds of the year. We ended up having to sell both, although a friend of ours ended up having the Honda sitting in his shed and we kind of went racing with that. That was how it worked out and it wasn’t our plan at the start of the year, and it wasn’t to do with anything on Suzuki’s behalf.

Why hasn’t your ASBK campaign been as successful as 2017?

Why did you contest both the Superbike and Sidecar categories at Winton?

Beau Beaton gave me a call before Morgan Park and he had seen that I’d done some swinging before at local races – he was obviously looking for a swinger and I agreed to swing with him. I didn’t even think I was going to be there on the Superbike at Winton, but after Morgan Park and having a pretty good weekend, we thought we’d try and make it down there. When I was heading down there I was a little bit nervous of how it would turn out, but honestly, I’m so glad I did. The Irving Vincent boys were so nice to work with, and Beau was awesome – he was so good to ride with. I had so much fun doing both duties, that’s for sure. 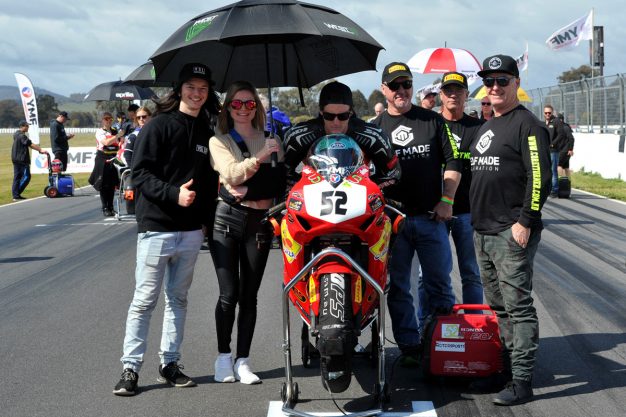 Why is the ASBK your series of choice after previously racing internationally?

I don’t have much of an option at the moment. I need to be able to work to pay for racing and it’s too hard to try and work overseas – unless you have money behind you before you leave the country, it’s difficult to race overseas. I think it’s the same for most riders as well – unless you’re in your home country making money, it’s hard to afford to go racing.

Why can we expect you to be a regular contender in the years to come?

Age is definitely on my side – I’m a lot younger than most other riders out there. At the moment, it’s not looking too good for my future, I’m not sure what the plan is for next year – I don’t even have any plans for next year at this stage. Hopefully I can stay in the game and make it out there next year. I’m not too sure what to expect for the future, I’m just taking it day by day and round by round. We’ll see what happens next year, that will define my future.