What to watch for at Phillip Island as this season draws to a close.

The seventh and final round of the 2018 Yamaha Motor Finance Australian Superbike Championship (ASBK) reaches Phillip Island this weekend and, although the premier class crown belongs to Troy Herfoss with a round to spare, there will be many reasons to tune in across the round. CycleOnline.com.au details our Top 10 factors that you should be following as the season draws to a close on Sunday. 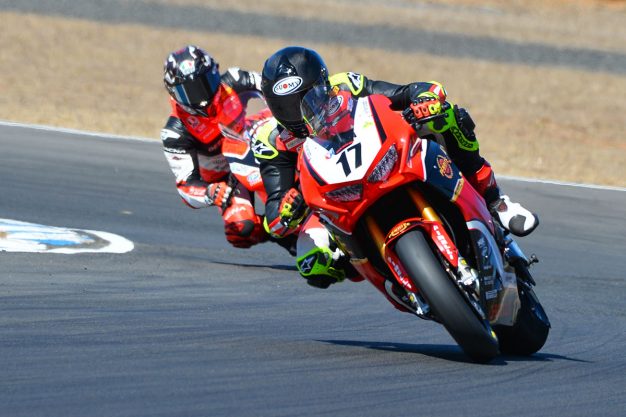 1. Herfoss aims for six:
After scoring third overall at Phillip Island’s opener in February including the race one win, Penrite Honda Racing’s Troy Herfoss has been a man on a mission in 2018. Winning at Wakefield Park, The Bend, Hidden Valley, Morgan Park and Winton, this year’s champion has five wins on the trot and would dearly love to make it six by recording victory on Sunday at Phillip Island.

2. The battle for P2:
There are only 20 points separating Wayne Maxwell in second and Daniel Falzon in fifth entering this weekend’s finals. Between the two Yamaha Racing Team riders are triple world champion Troy Bayliss (DesmoSport Ducati) and outgoing ASBK champion Josh Waters (Team Suzuki Ecstar), so needless to say, it’s going to be on in the battle for runner-up come Sunday’s races!

3. 300 classes down to the wire:
While the Superbike and Supersport championships have been awarded, the Supersport 300 and R3 Cup titles will go down to the wire at the final round. It will be tough to stop Tom Bramich in SSP300, currently 37 points clear of Zac Levy, but anything can happen! And it’s much closer in the R3 ranks, with Hunter Ford leading Levy by six and Bramich another 6.5 behind.

4. Where Staring sits:
Few expected Kawasaki BCperformance’s Bryan Staring to win the opening round of the season back in February, but that’s precisely what he did on debut aboard his Dunlop-equipped ZX-10R. The former champion has shown flashes of brilliance since against what is largely a Pirelli-favoured field, however this weekend will serve as a great opportunity for him to get back atop the podium.

5. Last chance for Waters:
It’s been a low-key title defence by the standards of Waters, currently fourth in the standings entering round seven but within sight of second. A triple champion in the class, we expected him to be far stronger during various stages of this season, however don’t be shocked if he bounces back for a lone round win of 2018 this Sunday considering his improving form. 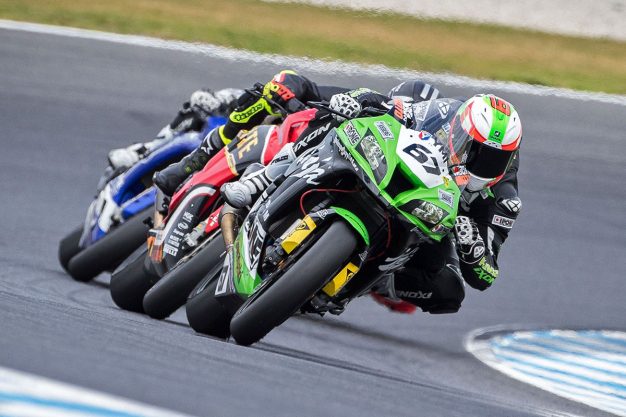 6. Halliday vs Toparis:
Cast your mind back to the beginning of the year and it was teenager Tom Toparis (Cube Racing Kawasaki) who starred at Phillip Island in February by claiming all three race wins in the talent-packed Supersport class. From that point there’s been no stopping eventual champion Cru Halliday (Yamaha Racing Team), so now back at the Island, we’re curious to see how this fight plays out.

7. Independent showdown:
Sitting seventh and eighth in the Superbike standings are privateer duo Alex Phillis (Suzuki) and Matt Walters (Kawasaki), with only six points splitting them at the moment. With such an incredibly stacked grid, claiming the title of top privateer is a huge achievement and both will be eager to make their mark across the two races to capture that crown.

8. Return of Allerton:
The ASBK has missed three-time champion Glenn Allerton since his motocross training incident in July, but he’s now back aboard the bike and will be on track at Phillip Island. Partnering Ted Collins at Next Gen Motorsports aboard the official BMW, it will be good to see Allerton back in the mix and hopefully fighting toward the front as he gets back up to speed.

9. Rookie honours:
This year’s rookies have made a real impact on the Superbikes, both on and off-track with a lot of excitement surrounding the likes of Arthur Sissis (Honda), Mark Chiodo (Suzuki), Ted Collins (BMW) and co. In fact, just 12 points separates Sissis and Chiodo, with Collins another 10.5 in arrears so keep an eye on how that battle unfolds, as all are capable of something special!

10. Going for SBK glory:
It’s amazing when you consider that only Staring and Herfoss have ASBK round wins to their credit in the Superbike class this year. While a mixture have won races, Staring won Phillip Island and Herfoss has been unmatched since, so Sunday will be vital for the likes of Maxwell, Bayliss, Waters and Falzon if they want to break through and etch their name on a winner’s trophy this season.