Who and what to watch for at this weekend's Australian Motorcycle Grand Prix.

The 2018 MotoGP World Championship heads to Phillip Island in Victoria this weekend for the 17th stop of the series, and it’s set to be a thrilling weekend of racing. In this latest instalment of Q&A, we answer a variety of questions on who and what to watch for at the Michelin Australian Motorcycle Grand Prix. 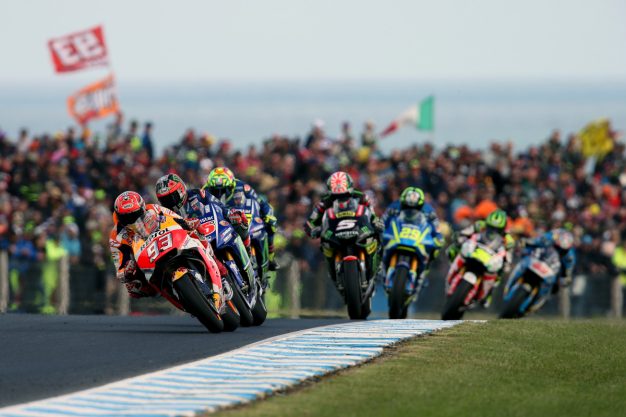 Q: It’s the Australian Motorcycle Grand Prix, so how many Aussie riders are actually competing?

A: Phillip Island will see the most Australian riders challenging in grand prix categories in one weekend for quite some time. Regulars Jack Miller (Alma Pramac Racing) and Remy Gardner (Tech3 Racing) will be out in full-force in their respective MotoGP and Moto2 divisions, while no strangers to GP racing, Mike Jones and Bryan Staring have been granted last-minute fill-in rides. Jones will replace Alvaro Bautista at Angel Nieto Team in MotoGP, as Staring will fill-in for Bo Bendsneyder at Tech3 Racing in Moto2 alongside compatriot Gardner.

Q: Marc Marquez won the title last week, does that mean the fight is over?

A: The fight for the crown is over, but by no means is the fight within the field done and dusted. We’ve seen some of the fiercest and intense grand prix racing this year, and Phillip Island will be no different. The challenging layout will test riders, although it will ultimately serve up an interesting and unpredictable round of racing. Plus, vice champion honours are still on the line, so expect Andrea Dovizioso (Ducati Team) and Valentino Rossi (Movistar Yamaha) to be duking it out. 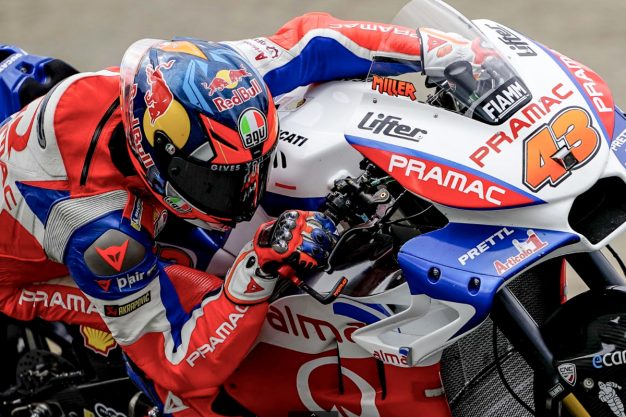 Q: Will weather conditions play a factor at Phillip Island?

A: Throughout the entire weekend, absolutely. Victoria is known for experiencing four seasons in one day, however the weather forecast does look promising for Sunday’s race with a slender five percent chance of rain. You never really know what weather will be served up at the Island, but either way, it’s bound to add another element of excitement to the racing that will unfold around the 4.5-kilometre venue.

A: Unfortunately for Lorenzo, he suffered a fractured wrist back at the Thai grand prix in a relatively large get off. He missed Japan last weekend and headed home for surgery, and Bautista will take his place at the factory Ducati Team, which has ultimately granted Australia’s Jones to make a MotoGP appearance in Bautista’s place. So while it’s a bummer to see Lorenzo on sidelines, it’s going to be very cool to see Jones feature in the premier class.

Q: Is there any other racing to keep an eye on throughout the weekend?

A: For sure! A host of YMF Australian Superbike Championship (ASBK) regulars will be taking to the track for four race throughout the duration of the weekend, along with a selection of Supersport 300 talent too. Expect an epic battle to take place between usual front-runners Troy Herfoss (Penrite Honda Racing), Troy Bayliss (DesmoSport Ducati) and Glenn Allerton (Next Gen Motorsports), while the Supersport 300 class will be a fierce and exciting affair as usual.