Two MotoGP race bikes on offer from the Austrian manufacturer. 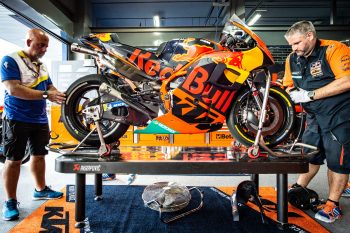 Red Bull KTM Factory Racing has announced it’s releasing two of its RC16 MotoGP race bikes for sale as part of a special pack that includes an exclusive MotoGP experience for the two buyers.

A rare opportunity, the bikes will be sold at 250,000 euros and will be accompanied by a full set of Pol Espargaro’s race gear, a signed Pol Espargaro helmet and the chance to become a member of the Red Bull KTM Factory Racing team for the weekend.

The grand prix experience will feature a paddock tour, pitbox tour, a meet and greet with Pol and Johann Zarco, a set of Red Bull KTM team wear and Red Bull Energy Station access all weekend at a grand prix of choice.

This RC16 was sculpted and created over a two-year period up until the motorcycle’s wildcard MotoGP debut at Valencia in 2016. Just two seasons of full time competition on the MotoGP grid later and the RC16 was part of the 2018 Valencia grand prix podium celebration. 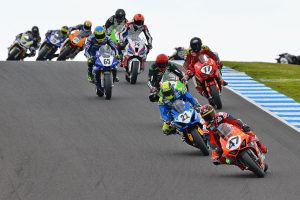 First victory of ASBK season for Maxwell in Ducati debut