Team Suzuki Ecstar signing on his two-year reunion aboard the GSX-R in ASBK.

It’s been five years since Wayne Maxwell won the 2013 Australian Superbike Championship (ASBK) with Suzuki, in what was his lone year with the factory organisation. Now, Maxwell returns to the brand upon joining Team Suzuki Ecstar aboard a Phil Tainton Racing-prepared GSX-R1000R after securing a pivotal two-year deal through 2019 and 2020. CycleOnline.com.au tracked the 36-year-old down to get his take on what’s to come. 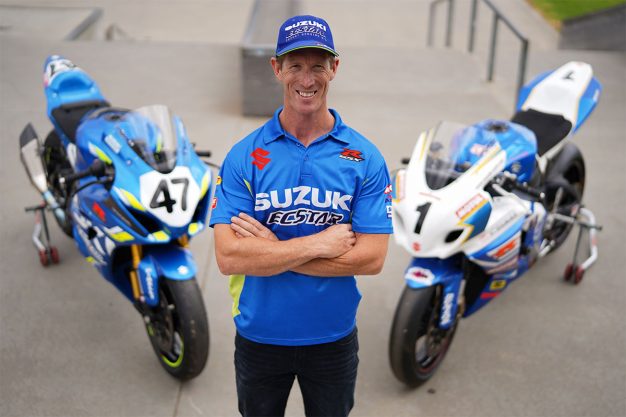 Why the switch to Team Suzuki Ecstar for 2019?

We started talking a few months ago, when I was trying to look at my options at that point. I’d had four years at Yamaha and hadn’t quite been able to get it across the line, so it was time for a change for me and possibly the guys at Yamaha as well. That was the reason for the move.

Why do you believe two-year contracts are becoming more regular within ASBK?

I think that two years kind of takes that pressure off of you having to perform immediately. Especially for a new rider coming into a team, you have to find your feet in the first few races, because it’s only a short championship and it can take time. It’s good for the team to show their faith and commitment to the rider, as well as the other way around in a two-year deal.

Why didn’t a championship eventuate in your time at Yamaha?

A number of reasons, but I guess we just never got it quite right. Some of it was me, falling off at times when it counted, and I probably should have won in 2017. In 2016 we didn’t quite get there in the end, but I’ve got no-one else to blame apart from myself and you’ve just got to learn from those years. I’m confident that with the experience of Team Suzuki Ecstar and PTR [Phil Tainton Racing] around me it will be enough to get me across the line for those few second places that I’d had. 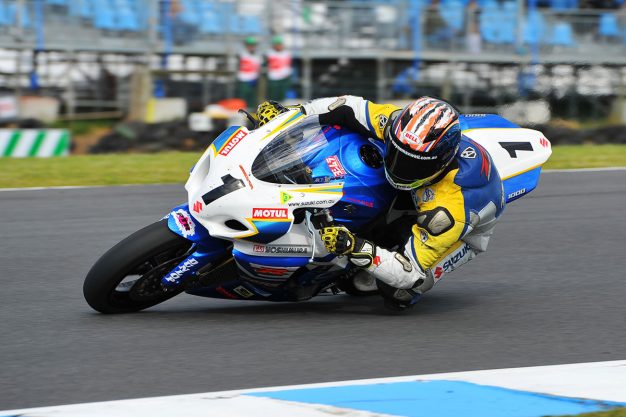 Why is working with Phil Tainton such an important aspect for you as a rider?

Phil’s experience and the way that he goes about it, having the chief technical guy as close as he is with riders, makes a difference. It’s not only Phil, it’s the whole PTR crew including Waz [Warren Monson], the team itself including Dale [Brede] and everybody involved makes this team what it is – it’s a combination of things. Plus, Suzuki’s willingness to go racing and also wanting to work with me to build a future, that’s what really excites me about the next two years.

Why are you most excited to climb aboard the GSX-R1000R?

Well, when I take it back to when I first rode with Suzuki in 2013, it was the same in that I was runner-up with Honda a few times before that. When it came down to riding the Suzuki and clinching my first ASBK title, as soon as I rode the GSX-R and worked with Phil it was clear what the difference possibly was at the time. The biggest thing is, if things aren’t right and I am struggling, I know that Phil and Warren are going to give me everything in their power and won’t leave any stone unturned in looking to give me the package to win.