The holiday season is essentially upon us for another year and, with that, the year 2018 is about to wind down into Christmas and the new year. Reflecting on the past 12 months, it’s been another positive chapter for us as a company and we’ve covered so much in terms of content that has been created and posted.

It’s obvious to many involved that the industry is going through change, budgets are being spent via a variety of differing strategies and it’s becoming increasingly important to be as relevant as possible. For us at Foremost Media, we’ve constantly aimed to deliver above and beyond wherever we’re able to along the way. Thankfully, we’ve attracted significant backing over the years to deliver what we do, because without it, we simply wouldn’t exist.

When you browse websites globally, judging by the amount of web banners visible, I’d say that Australian distributors have been at the forefront of supporting online titles such as MotoOnline.com.au and CycleOnline.com.au, as well as other independents who each deserve their share of backing. Whether it’s the bike manufacturers or importers of products, the majority ‘get it’, which doesn’t appear to be at the same level in many other countries.

Evidently, competition is at the core of what we cover at Foremost Media, whether it be through our Brands or Agency division. Racing comes first and then allocating what funding we have spare typically goes toward general content. To me, it’s racing that pulls the industry together in a similar direction when it comes to interests, but it’s obviously far more complex than that when you consider the wider market needs. Events like the recent Moto Expo are also a neat way to remain in touch with each-other from an event standpoint. 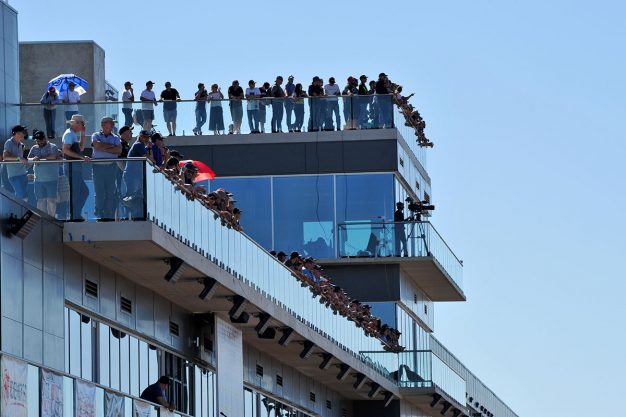 Sure, there are many enthusiasts out there who have little interest in the competitive scene, particularly at a domestic level, but if we can present the sport in the most engaging and appealing way possible, then there’s no doubt that it’s deserving of investment from those companies – and more – that could potentially directly benefit. It’s all about balance though, which is something we’ve been discussing internally more than ever over the past nine months.

The point of all this is that next month, come January 2019, our Brands division reaches its 10th anniversary since launching way back in 2009. What began as a relatively straightforward idea that we almost actually launched three years sooner has now become an influential part of the industry and a product that we’re extremely proud of. Our long-time audience will recall that CycleOnline’s road content was initially part of the MotoOnline domain, before being separated a couple of years later to stand on its own feet.

On top of the websites, we’ve most recently been preparing our third-annual Road Dirt Digital magazine, which will be released this coming Monday, 17 December. Packed with sport content from the season past, it serves as our own year in review. We treat it as an ‘extra’ for our continuing supporters, but it’s also a seriously rewarding way to recall all that has taken place on race-tracks around the country and world this year.

With that, I personally wanted to extend my appreciation to everybody who has been part of the ride so far, whether it be our staff, contributors, advertisers, teams, riders, promoters and many more who have made the journey a memorable one. Entering our 11th year in operation, we will continue to adapt, embrace the ever-changing landscape and power into the future!