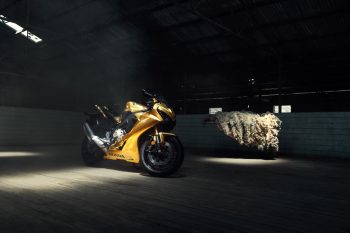 Honda Australia celebrates its 50th birthday this year, marking half a century since the company was established locally on February 4, 1969.

Although Honda products had been imported and distributed around Australia by a variety of private companies since the 1950s, the brand’s official local presence began when Honda Motor Company in Japan sent Mr. Hidehiko Shiomi to Melbourne to setup a unified, national representation for Honda in Australia.

“Honda Australia was a Honda subsidiary set up primarily to sell cars, but it has since grown with the global Honda brand to deliver a wide range of products and services that help make people’s lives more enjoyable,” said Honda Australia Managing Director & CEO, Mr. Hiroyuki Shimizu.

From cars and motorcycles to generators, lawn mowers and marine engines, Honda’s diverse range of products have been enjoyed by millions of Australians over the last 50 years.

To mark such a significant milestone, a unified Honda Australia has created a one-off collection of some its current iconic performance products, resplendent in striking gold bodywork as the traditional symbol of a 50th Anniversary.

“We thought about how we could celebrate our birthday and our unique diversity in a bold and fun way. I mean, who has ever seen a golden mower or generator before?” said Mr. Shimizu.

“To Honda, performance means more than speed – each product is designed to perform at a level that exceeds the expectations of the customer. We’re looking forward to showcasing these amazing golden products around the country throughout 2019, so stay tuned for more information on that front.”

The celebratory golden collection of products will be used throughout the year to inspire, thank and connect with Honda Australia customers.

“Achieving 50 years of longevity and continuity in business is a significant milestone, but none of this would be possible without our people. Our team at Honda Australia and our dealer network across the country are exceptional at what they do and I thank them for their contribution”, said Mr. Shimizu

“Most importantly though are our customers. Honda would be nothing without our customers – both long-term customers and new customers all contribute to making this brand what it is today. I am very proud to be a second-generation Managing Director of Honda Australia and incredibly grateful to all our customers for their ongoing loyalty, trust and belief in the Honda name.”

“Honda products have been instrumental in shaping the landscape of modern Australia over the last 50 years – take the CT110, more commonly known as the Australia Post, ‘postie bike’, which has helped deliver the mail to Australians all across the country for generations,” said Mr. Toscano.

“I am proud to have been a part of the journey so far and it’s fantastic for us to celebrate this together, we all look forward to the future and the next 50 years of Honda in Australia.”

Honda Australia has partnered with Melbourne-based specialists Vinyl Wraps and Graphics to conceptualise and produce the striking gold bodywork on each of the products. A gold chrome film was laminated with a clear satin film to help disperse reflections, resulting in a unique and refined finish that changes tone with the prevailing light source.

“Given the thickness of the vinyl wrap and the intricate profiles of the bodywork, this was a complex project across a diverse range of products, but we are thrilled with the results,” said Matt Czerny, Managing Director of Vinyl Wraps and Graphics.

“We worked closely with the Honda Australia team on the design, with the gold theme highlighted with some satin black accents, such as on the badging and wheels of the NSX. And it’s not every day you get to work on a golden generator, everyone who’s seen it wants one.”