Another week, another Cycleview on CycleOnline.com.au and we’re right around the corner from the 2019 season getting underway now. As long as the off-season has felt, Phillip Island’s Superbike World Championship opener always arrives relatively quickly in the new year.

But first, there are two very important team launches to take place down in Victoria this weekend. The reigning world champion Kawasaki Racing Team will introduce its team of Jonathan Rea and Leon Haslam this Saturday night at the Silverwater Resort, then on Sunday the brand new Moriwaki Althea Honda team will finally be uncovered in Cowes.

In terms of Kawasaki, they always sport a unique testing livery in the pre-season so this will be the first chance to check out the latest Ninja ZX-10RR scheme of four-time title-winner Rea and incoming teammate Haslam. The latter must be pinching himself, fresh from capturing the British championship and paving his way back onto the world stage.

It’s hard to look past Rea as the man to beat for a fifth-straight season, but a rich field of talent will assemble and Phillip Island’s opener always tends to throw up the odd surprise. We’ll be at the launch this weekend, so stay tuned to the CycleOnline socials for our take from the event. 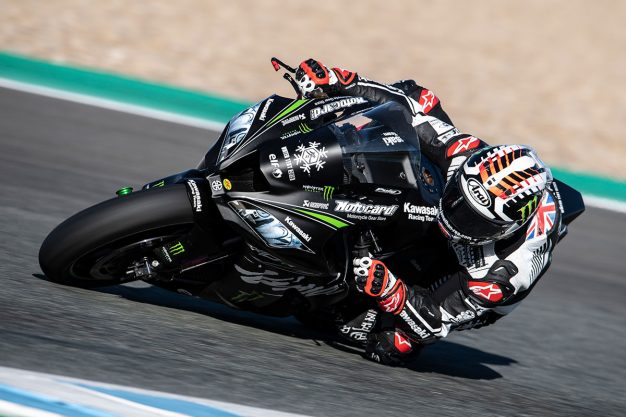 Unfortunately we won’t be at the brand new Honda Racing Corporation (HRC) press intro, but will definitely be posting the details as soon as we have them available and can’t wait to see what they have come up with and how the team will perform. With Leon Camier and Ryuichi Kiyonari at the helm, could this be Honda’s opportunity to turn things around in WorldSBK once and for all?

Of course, also prior to the race weekend will be the final ‘winter’ test of the pre-season on Monday and Tuesday. It’s one of the best weeks of the year when it comes to road racing locally and we’re excited to get the ball rolling! That’s it from me for this week, here’s Jeremy…

Well, the first MotoGP World Championship pre-season test is out of the way, and I have to say, I think the three days posed more questions than answers with a few surprises at the top of the timesheets.

Testing is always a good indicator of where both the riders and teams are at, but it is just exactly that – a test. In the end, Danilo Petrucci put in a flying lap, eclipsing the unofficial quickest time at Sepang set by the man he’s replaced at Mission Winnow Ducati – Jorge Lorenzo.

Unfortunately, Lorenzo wasn’t out on track in Malaysia in his new Repsol Honda colours as he continues to recover from a wrist injury, so he’s sure to have his work cut out for him at Qatar and most certainly when the season starts. Despite just coming off shoulder surgery, reigning champion Marc Marquez was as quick as ever, however seemed to tone it down by the end of testing.

Back to the test, it was a Ducati lockout as Pramac Racing duo Francesco Bagnaia and Australian Jack Miller completed the top three ahead of Andrea Dovizioso (Mission Winnow Ducati). It’s clear the Italian manufacturer has a strong platform this year, and it could very well reward them with their first premier class title since Australian Casey Stoner earned the crown in 2007. 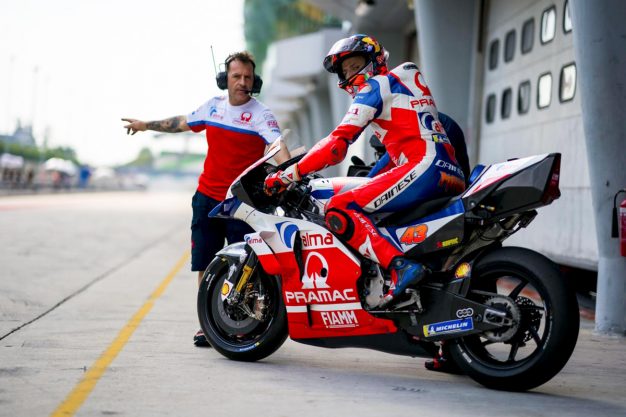 Possibly the biggest surprise was the pace from Bagnaia – it not often you see a rookie being so competitive in the times, especially when you look at his rookie counterparts who were well outside the top 10. Remaining consistently quick throughout all three days, it’s going to be interest to see where the youthful talent winds up this year.

And how about our own Jack Miller? It’s always good to see Queenslander putting in solid results and times, and he too was consistently quick throughout testing. It’s a massive year for the number 43, and if he puts in the right performances, there’s every chance he could land a factory seat next – but let’s not get too far ahead of ourselves, we have a full season to be run first.

There were definitely improvements from the Monster Energy Yamaha MotoGP, who seemed much more on pace than what they were throughout last season, while Team Suzuki Ecstar’s Alex Rins lodged some impressive times.

Over at Red Bull KTM Factory Racing, along with Red Bull KTM Tech3, it appeared to be somewhat struggle-street for the Austrian manufacturer, with newcomer Johann Zarco recording the fastest time of the orange machines in 17th, followed by his teammate Pol Espargaro. Here’s to hoping KTM can come through with some developments this season and build on its maiden podium from the 2018 season finale!