FIM and FIA collaborate with 8 Hours of Sepang double-header 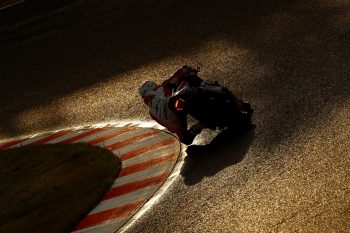 Sepang International Circuit and Eurosport Events are breaking new ground in Malaysia by launching the first motorcycle and car dual event on 13-15 December.

The all-new event, which will go down in Asia’s motorsport history, will be a one of its kind in motorsport, supported under the FIM and FIA – the global governing bodies for motorcycle sport and auto racing.

The first edition of the 8 Hours of Sepang will not only be a qualifying race for the Suzuka 8 Hours 2020, but also a key component of an all-new dual event in Asian motorsport history.

For the very first time, Sepang International Circuit and Eurosport Events will bring together two and four-wheel action on the same weekend from day to night – FIM Endurance World Championship (EWC), with the 8 Hours of Sepang, and the 2019 super finale of the World Touring Car (WTCR) presented by Oscaro.

The 8 Hours of Sepang will be the second race on the 2019-2020 FIM EWC calendar, held in between Bol d’Or and 24 Heures Motos, as part of the reworked winter calendar initiated by Eurosport Events.

On Saturday 14 December, the very first edition of the 8 Hours of Sepang will see the finest Asian teams wishing to qualify for the Suzuka 8 Hours grand finale on the track alongside the FIM EWC’s permanent teams, who will be invited to Sepang.

Both the 8 Hours of Sepang and the FIA WTCR/Oscaro grand finale will be given international media coverage over five continents with the support of the Discovery group.