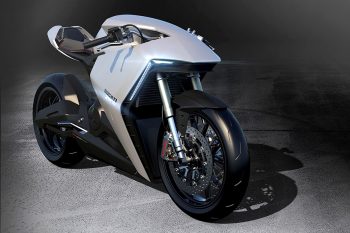 Production electric-powered motorcycles are in the sights of premium Italian manufacturer Ducati, according to the company’s head of innovation, Pierluigi Zampieri.

Development of electric motorcycles has increased across a number of manufacturers, with Ducati certain to enter the market at some stage in the future, as timing and demand are ultimately the determining factor.

“We’re still developing our production bikes with the aim of being the best on the track,” Zampieri explained to MCN. “But with electric the difficulty is a compromise between weight and performance or range. “Today the whole package is not as good as we would like it to be, because the energy density that you can store is not high enough. The main challenge, technically, is reaching our performance and weight targets.”

“Being a company that is usually state of the art, we could arrive [with a product] that’s state of the art or even better than all of our competitors. The problem is – is now the right moment? It’s a small market and we’re still trying to understand when it’ll be ready for such innovation.”

With a fanatical and loyal following, Ducati faces the challenge of maintaining the renowned characteristics of its bikes, such as the unique sound and ferocious yet rewarding power, all of which are almost impossible to replicate in an electric motorcycle. However, Zampieri is confident of delivering an electric bike that’s true to Ducati’s character.