Australian championship to be broadcasted on Fox Sports and SBS. 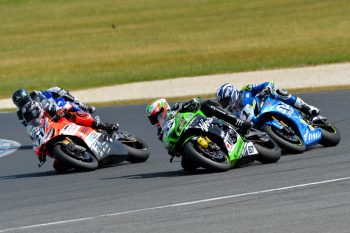 A live TV broadcast package has been confirmed for the 2019 Motul Pirelli Australian Superbike Championship (ASBK), which is set to commence this weekend at Phillip Island in conjunction with the FIM Motul Superbike World Championship (WorldSBK).

The package includes a new arrangement to broadcast the opening round of the Superbike category on Fox Sports during this weekend’s live TV schedule of WorldSBK, while from round two the live broadcast will expand to include coverage on SBS and Fox Sports with extended online live streaming of every class available worldwide via www.asbk.com.au.

“It’s very exciting to have our TV partners back for the 2019 ASBK season,” said Motorcycling Australia CEO Peter Doyle. “Being able to showcase the ASBK to Australian sports fans on live television is key to showing the public what a fantastic product we have, and therefore to growing the sport overall.

“We welcome having SBS and Fox Sports on board and look forward to providing TV viewers with a fantastic spectacle this season.”

Fans in Australia and abroad will be treated to live online coverage of all the action from Superbike, Supersport, Supersport 300, Yamaha R3 Cup, and Oceania Junior Cup on each Sunday during round two through to seven.