Top 10 for Gardner on day one of Jerez Moto2 testing 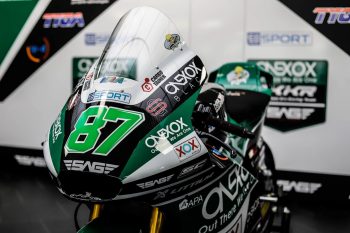 The Australian, who completed a private test in Spain earlier this week, wound up 10th on the timesheets with a 1m41.802s lap-time, 0.656s off pace-setter Luca Marini (SKY Racing Team VR46).

It’s positive start for the number 87 in his transition to the squad and Triumph machinery, as he endeavours to build on the solid results he started to haul in at the conclusion of last year.

This year marks a new era in the Moto2 World Championship as the division switches from Honda to Triumph-powered engines, which is set to introduce a faster pace to the class.