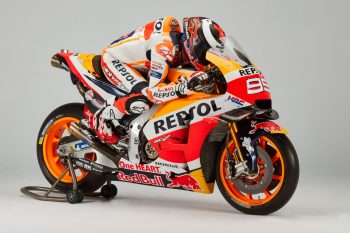 Lorenzo missed Sepang’s official test earlier this month after breaking his scaphoid in a training incident, which later required the Spanish ace to undergo surgery.

Yet to officially don the Repsol Honda colours on-track, this weekend’s test will mark Lorenzo’s third outing aboard the title-winning RC213V, which creates a greater emphasis on locking down his set-up for the season-opener next month.

“I have been working a lot on improving my wrist and I’m pleased with the progress,” said Lorenzo. “Of course I would have liked to be in a better condition, but I feel we will be able to have a productive test.

“First we must understand my condition on the bike. Honda were able to make a lot of progress in Sepang and I’m looking forward to getting back on the RC213V and preparing for the season ahead.”

The opening round of the 2019 MotoGP World Championship on 10 March at Losail International Circuit.