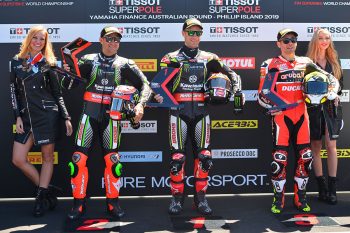 The 32-year-old’s qualifying lap of 1m29.413 on the ZX-10RR is the fastest that a production-based Superbike has ever circulated around the Australian circuit, besting his previous benchmark set in 2017.

It’s Rea’s 17th pole position in WorldSBK racing and his third at Phillip Island. Rea’s extraordinary lap in the last few minutes of the 25-minute session saw him shoot to the top of the timesheets after Alex Lowes (Pata Yamaha), Alvaro Bautista (Aruba.it Racing Ducati) and Leon Haslam (Kawasaki Racing Team) had taken turns at the top.

Haslam and Bautista, who had been the dominant force in practice, will join Rea on the front row for this afternoon’s opening 22-lap race, with row two to be filled by 2018 pole-sitter Tom Sykes (BMW Motorrad), Lowes – the final rider in the 29s and rookie Sandro Cortese (GRT Yamaha).

Last year’s Phillip Island winner Marco Melandri (GRT Yamaha) starts from the third row after qualifying in ninth, as the first Honda in the field, ridden by Moriwaki Althea Honda Team factory pilot Leon Camier, will start from 10th on the grid. 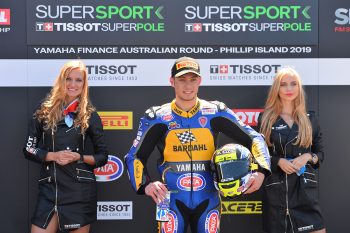 Although Australian wildcard Troy Herfoss (Penrite Honda Racing) failed to meet the 107 percent qualifying cut-off, the national champion been given dispensation to compete in race one. 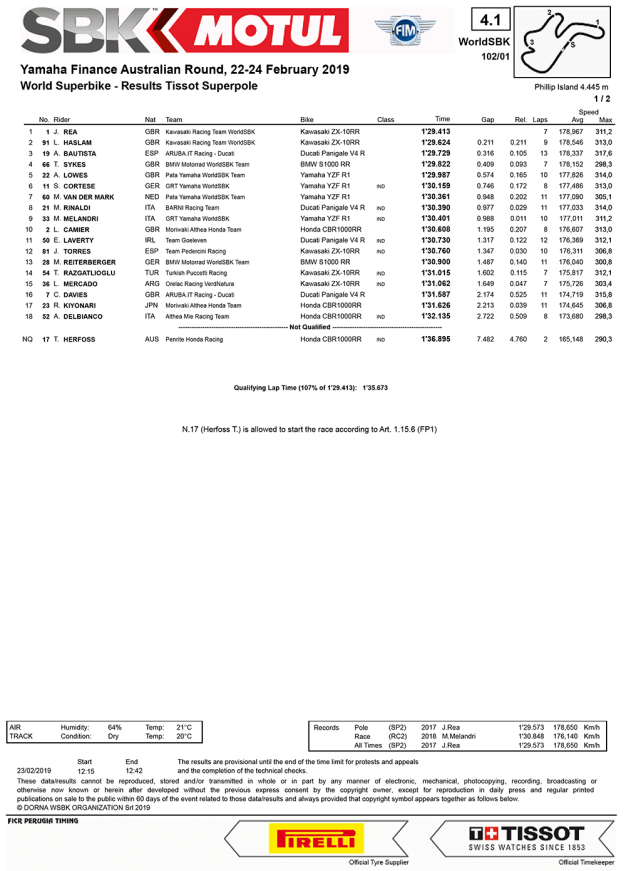 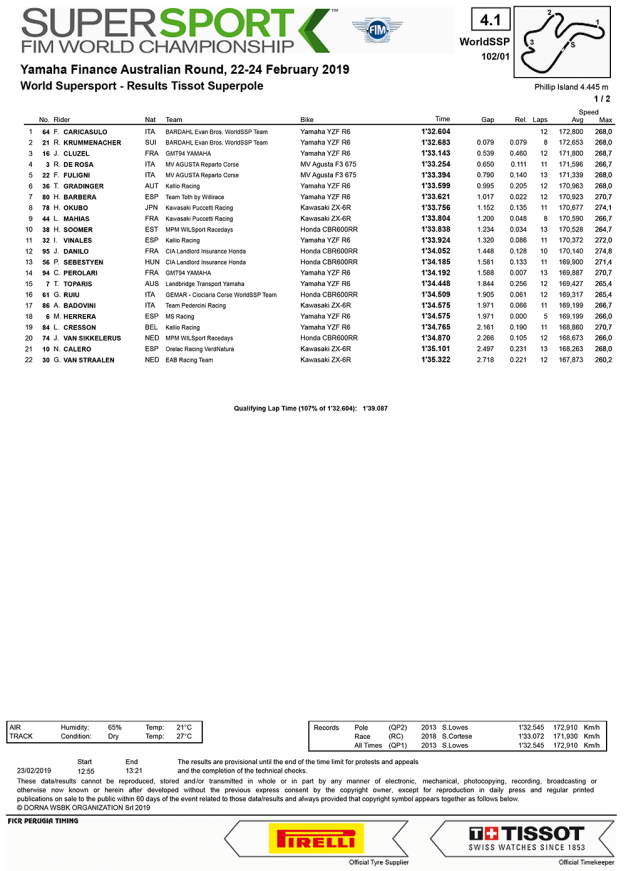